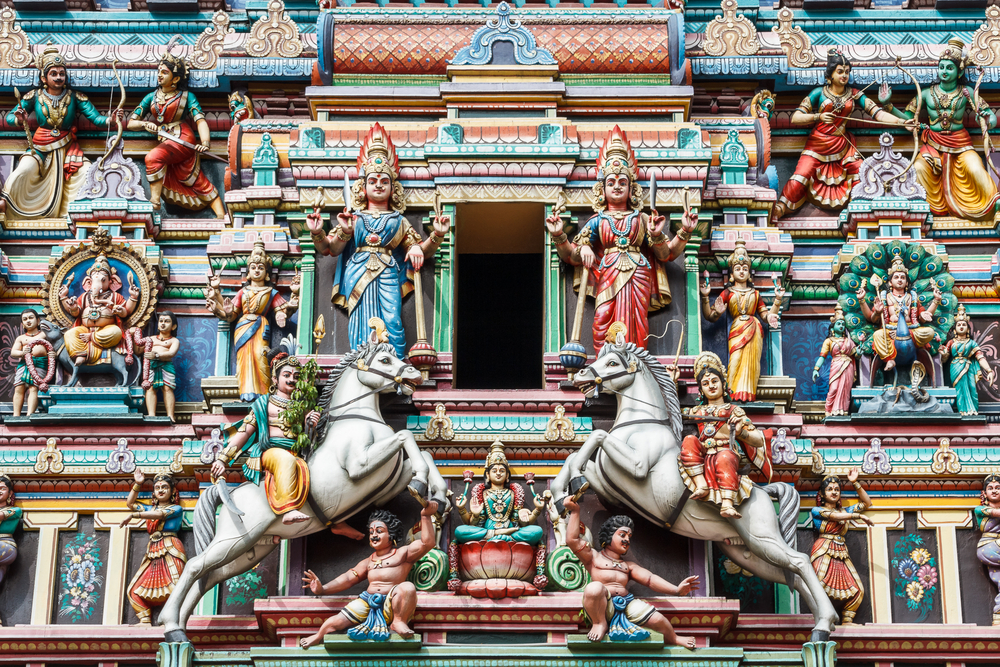 I remember my first time like it was yesterday! I’m old enough now that I don’t mind sharing the experience with the world so that we can all be embarrassed for me all over again…together!

I’m referring to my first period. If you’re South Asian, you’ll especially be terrified to learn that it happened when I was 12 years old and that too, at a temple (are you horrified on my behalf yet?). The one place I was always told that women should stay the away from when menstruating. To top it off, I was visiting some family friends for the summer and my mom was several hundreds of miles away.

But wait, it gets better! I had on the top half of a navy blue zipper suit with lime green leggings because it was the early ‘90s and I’d like to think I was on trend. But that’s a different story.

Being educated on what’s “normal” and what’s not during a period, whether it’s your first time or all the ones you have after, can help you recognize when you need the attention of a gynecologist.

So, when is it normal to start your period?

The average age in the United States is 12. It’s okay if yours isn’t perfectly in this timeframe. Consider seeing a doctor if you are between the ages 14 to 16 and still haven’t received the gift that keeps on giving (insert exaggerated eye roll). It could be a sign of just being a late bloomer or it could show an underlying medical reason that needs further investigation.

After your first period, it’s actually very normal for the next two years for it be a bit rocky. Some young women may not have a regular month to month period for up to two years after their first one. They may barely have one or they may have them very randomly. While this can be frustrating (and NOT ideal when you have a life to live), it is very normal.

I’m a believer in not keeping yourself up at night worrying. So, yes, if you are worried during these first two years that something isn’t right, its okay to make a doctor’s visit to for self-assurance.

And don’t worry, as a gynecologist myself, I can tell you we don’t do exams down there on young women under the age of 21, unless necessary. What a doctor would typically do is tell you that it’s okay to watch and wait, or run some blood tests and imaging to make sure everything is okay.

At that point, I would seek medical care if:

Getting back to my story and what happened that day in the Hindu temple. Well, I felt something and sure enough in the bathroom of Livermore Temple, California, I saw red. Using paper towels as my makeshift pads, I stayed composed for several hours that day.  I was very close with my aunt, my mom’s friend, but we were with her entourage of relatives that I did not know too well, including her darned cute 20-something nephew. Eventually, I did tell Aunty privately only to later be greeted by everyone’s concerned faces (including the uncles, and of course, the cute nephew.)

Despite being extremely embarrassed at the time and even running out of the room hot face and crying, I am now able to reminisce and laugh about it. I mean come on, the temple? Lime green pants? The best part was the end of the trip. I freely hugged and smooched my grandmother, a strict Hindu woman who fervently fasts for several days if she even touches a menstruating female. I chose not to tell her about my ongoing menstruation at the time because I was in desperate need of affection from her, my mother being so far away. My mom eventually told my grandmother after I left. She lost a few pounds in the days that followed but she still loves me! 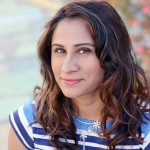 Dr. Bhoomi Brahmbhatt is founder of BabyBhoom.com, a women’s health education website, which shares her talent for writing and her passion for empowering women. She works as a board certified ob/gyn in private practice. When not working, she can be found running her four-and-two-year-old to their various classes, including dance, swim, yoga, or sneaking away for a night out with her husband and friends. She has a Bachelor’s of Science in Chemistry and her Doctor of Medicine degree from George Washington University and finished her ob/gyn residency at UC Davis.