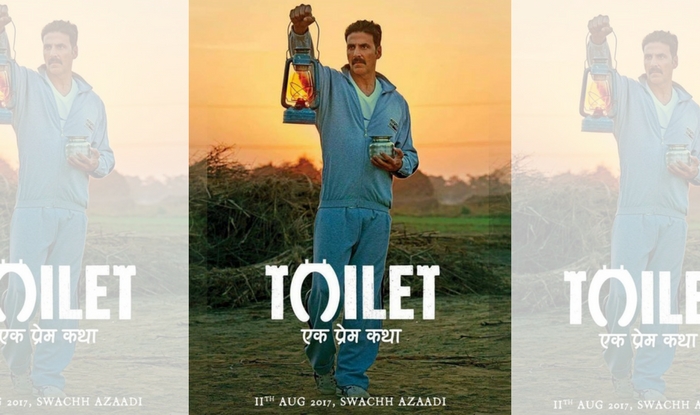 “Toilet: Ek Prem Katha” is not your average movie. In this Akshay Kumar and Bhumi Pednekar starrer, the real hero is the social message the movie so kindly provides. The satirical comedy promotes Narendra Modi’s Swachch Bharat Abhiyan (Clean India Mission), an effort to improve sanitation across the country and provide at least basic hygiene to the public.

The movie’s strength lies in how earnestly it’s trying to convey the importance of having toilets built for women, even in the poorest areas. However, “Toilet: Ek Prem Katha” dwindles in some ways, too.

The film, inspired by a true story, runs a tad bit longer than needed, hits a homerun mainly because it truly puts you in the position of the women who don’t have access to toilets. In the village, all the residents believe it’s impure to house a toilet in the same place where you pray to God or eat your food. So the men basically pee wherever they want to outside their home whereas the women have to only go to the toilet once in the day, just before dawn, and they have to walk for miles to reach a field to ensure no one spots them while they pee. It’s terrifying to think you’ve been robbed of your extremely basic human right.

Kumar’s character Keshav doesn’t really think much of this law because his family has no women. It’s just him, his younger and supportive brother Naru, and his extremely backward thinking father who also happens to be a pundit. It’s only when he falls in love with the feisty and intelligent Jaya, marries her and brings her home, does he realize just how deeply this dumb “no toilet in the house” rule will impact him.

Jaya is shocked to learn that she’ll have to join this 4 am lota party (a group of women who don’t seem to mind walking before sunrise to do their business because it’s the one time they get to gossip). She’s also pissed at her new husband for failing to mention something so important. After going through some ups and downs and struggling to adjust to her new circumstances, she and Keshav figure out quick fixes like rushing to the train station so Jaya can use the restroom while the train has stopped or sneaking out a port-a-loo from a movie set. But she’s had enough. She decides to move back home and rightfully so.

In an effort to win her back, Keshav tries his best to convince his father to make a bathroom in their home. He tries to convince the village elders and politicians who refuse because it’s against their narrow mindset, which they mask by using words like tradition and culture. He tries to convince the government, who in turn show they’ve tried to build at least public restrooms but have faced push back from the residents. The more involved he gets in this shit-storm, literally, the more he realizes the grave and urgent need for women to be able to use the bathroom as and when they want to. He commits himself to the cause.

Of course, his wife and her family support him and they go through a great level of personal turmoil to ensure their demands are met. And the demands are definitely met in a slightly dramatic manner. I mean, it is a Bollywood movie folks. But this is the good part of the film and unfortunately, it unfolds only in the second half. The first half is a whole other story.

Kumar continues his hot streak of movies on the big screen that isn’t just for entertainment but comes packed with a heavy social message. In his last few films, including “Airlift,” “Rustom,” “Holiday,” he’s shown us his gritty acting and this very much continues in “Toilet.” Pednekar, in only her second film, manages to deliver a power packed performance. From the supporting cast, Sudhir Pandey, who plays Keshav’s strict father, is a treat to watch. The movie has integrated some wonderfully crafted hilarious dialogues and imagery delivered to the T by the actors.

What’s amiss in the film is the direction and screenplay. Scenes are either zoomed in too much or move too fast from one to the next. There are a few too many songs that keep disrupting pivotal moments. And that’s the least of my problems with “Toilet: Ek Prem Katha.”

The film is remarkable because it takes up an important cause. However, in doing so, it loses sight and ends up desensitizing another important issue: Bollywood’s undying obsession with justifying excessive stalking to woo a woman. Let me dive into the “love story” of our lead duo, Keshav and Jaya.

Keshav starts out the movie as a manglik or cursed fella. In order to ensure he gets married, his father first weds him to a cow and faithfully believes Keshav will only be happy if he marries a woman with two thumbs. That’s some serious Hrithik Roshan-esque fantasy going on there. Keshav has had 18 girlfriends but none have gone the distance with him. When he bumps into Jaya on a train, it’s instant attraction for him but she honestly couldn’t care less about him. What’s his natural response? STALKING.

No, for real, he slyly follows her around everywhere she goes, secretly clicking photos of her. He climbs up trees. Covers his face with his sweater so she doesn’t recognize him. And to further assure us of his so-called love, a romantic ballad plays in the background.

When her patience finally comes to a breaking point, she confronts him and calls him out on his absolutely creepy behavior. He tells her to choose between marrying a straight-A, goody two shoes, engineer-type person (aka someone who’s actually intelligent and can take care of himself and doesn’t have 2 million uncensored photos of her) or she can choose to marry him for the romance he’ll provide.

This nutso speech has such a profound impact on her, she rethinks everything she knew about him and magically agrees he’s the perfect match for her. Since he’s now stopped stalking her, she returns the favor by following him around and clicking photos of him. No, you guys, no. This is not a cute love story. This is not normal. PSA: Don’t fall in love with your stalker just because he told you to do so.

I truly wish this movie had an overall approach of sending positive messages into the world. It should’ve paid due respect to its full title. It only focused on the first half of it. I don’t take away from the fact that this film is needed to educate people, especially those in the rural regions, about the importance of having a toilet and about the importance of basic hygiene and about the importance of not living in the 1900’s and not discriminating genders. I’m also glad they do this with a relatively lighter tone without downplaying on the seriousness. Unfortunately, it doesn’t exempt “Toilet: Ek Prem Katha” from giving us a ridiculous/borderline criminal prem katha.