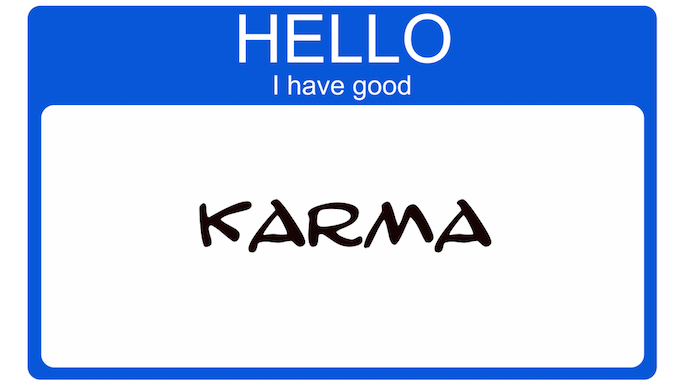 There are dozens of words in the English language that are derived from India. They have become vernacular, yet when you hear them or even say them, they are probably being mispronounced.

Here are 10 popular words in the English language and how they should be said!

This word is often pronounced as “man-trah.” It should actually be said “month-rah.”

Generally, any “an” word is pronounced as “un.” Mantra means a prayer and is derived from Sanskrit (notice the “an” in Sanskrit—it should be pronounced “un”).

Nowadays, you will hear this word used when someone refers to a saying they like, such as “treat others like you would like to be treated.” While a saying is not quite a prayer, this is how mantra is used in the English language today. One of the most popular prayer’s in India is the Gayatri Mantra.

This word is almost always pronounced “boo-dah.” This one is tricky to pronounce and will require some help from your diaphragm—it should be pronounced “b-oodh-ha.” When you say the last part of the word, try saying the “ha” while exhaling quickly.

Buddha is a Sanskrit word that means enlightened. Gautama Buddha was actually a Hindu prince named Siddhartha Gautama. To find out more about his story, click here.

This word skyrocketed to popularity with James Cameron’s blockbuster film of the same name, and so did its mispronunciation. People will say “av-a-tar.” The word derives from Sanskrit and is pronounced “ov-th-ar.”

Avatar refers to a form of God or how he or she chooses to present him or herself. In Hinduism, there are gods and goddesses and the way they appear is their avatar.

“It’s good karma.” How many times have you heard that? Everyone says “car-ma,” but if you want good karma, it is pronounced “ker-ma.”

When a misfortunate event happens to someone who has been acting poorly, you will often hear someone say “that’s karma!”—but actually, it is a Sanskrit term that refers to the total of one’s actions in both this life and previous lives. The totality of your actions determines your fate in your next lives. The idea for most people now is, if you are good in this life, good things will happen in the future.

This is the capital of Maharashtra and with a population of around 18.4 million it is the most populous city in India. Until 1995, the city was dubbed Bombay, which is derived from the Portuguese word “Bombaim.”

This avatar of god was made popular in the Indiana Jones films with the Sankara stones. Shiva is known for his blue color and for being the destroyer.

Most people will call him “shee-va” but this god’s name is pronounced “sh-i-vuh.” The “i” is not said with a long “e” sound, but instead like the sound of “i” in “trick.”

This Sanskrit word refers to the soul. You will hear it in religious discussion and in yoga classes, and people will pronounce it, “at-man.” The word should be said “ah-t mah.”

This word is special for spiritual discussions because lots of Hindus believe that even if the body dies, atman does not. Atman moves on to a new body—it is after all, your essence.

This word was made popular with the show “Dharma and Greg.” Lots of people pronounced it “dar-ma.”

The Sanskrit word means duty, and is pronounced “dh-urr-mah.” Others also believe it to mean the religious and moral law that dictates how you behave.

This is by far one of the most popular words in yoga classes. Teachers will tell you to “balance your chakras“—and the way they say chakra is “sh-ack-rah.” This word is actually pronounced “chuck-rah.”

Chakra refers to an energy point in the body. There are usually seven chakras in the body which, when aligned, produce positive energy.

If you have a desi name, your name will almost always get butchered. You have probably sat in class incredibly uncomfortable as the teacher tries to say your name. Or maybe, you would preemptively blurt your name to avoid the struggle. Maybe you even gave an American name, or let them call you something else altogether.

My name is Chhaya Nene. I have been called China, Kaya, Kayra, Chai-ra, Chai Knee-Knee, you name it, I have heard it. For years on Facebook, I spelled my name phonetically as “Ch-eye-ah Nay-Nay”.

My only guide to pronunciation here is that Indians put a very special value to names. In fact, many Indians have two names—one that comes from astrology starting with the letter you are given at birth. This name is for strangers to call you. The other name is the one you are given by your parents for people closest to you.

Names are very important—yours is special, so do not let people butcher it.

If you have a great story about the way someone has mispronounced your name, we would love to hear from you! Leave it in the comments below!