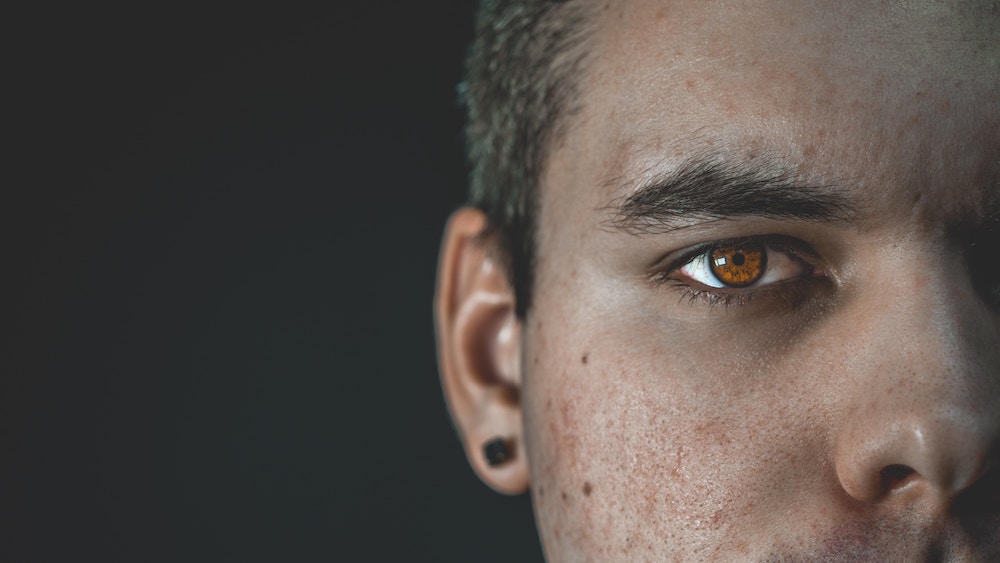 I looked to my right and saw my cousin with a look of horror in his eyes. My cousin was looking upward at the broken window at the top of my uncle’s house. We were both 7 years old, engaged in a competition of who could throw a rock the farthest. My cousin had missed and shattered the kitchen window. Before we could even process the damage and coordinate our lies to avoid punishment, my aunt grabbed my cousin by the arm.

I shuddered in fear. I knew what was about to come, and I braced myself knowing that I was in for an earful.

My cousin broke down in tears apologizing profusely knowing that he was in for a world of trouble.

My aunt sternly looked at him and said, “Stop, now… boys are not supposed to cry!”

Naturally, the crying only got worse.

Brown Guys Have to Be Tough

Looking back, my cousin and I laugh at this story as a mark of adolescent stupidity. But as I reflect on that moment, 21 years later, I think to myself, why can’t boys cry? Crying or expressing emotion is natural for humans—even other animals express emotion.

But our ongoing battle with toxic masculinity continues. This concept suggests that masculinity is defined by exaggerated traits of violence like sexual aggression, the suppression of emotional expression, and so on.

The underlying implication is that if you’re sensitive or not aggressive, you’re either “soft” or not a “real man.”

You don’t need to look far to find examples of toxic masculinity in South Asian culture particularly. From mainstream media to many of our male role models, toxic masculinity is ever present. Even in Bollywood, the hero’s romantic side is often downplayed by an even stronger hyper-masculine “tough guy” persona. Yes, Raj cried rivers for Simran, but not before he fought off a group of men thrashing him with a variety of wooden sticks. (Admittedly, being realistic has never really been Bollywood’s priority.)

[RELATED: Men Have Body Image Issues, Too: This is My Naked Truth]

Growing up as a South Asian guy, I was always taught not to talk about my emotions. Of course, this only meant I often suffered in silence. While I’ve never considered myself an “emotional” person, I’ve often tried to run away from the discomfort of feeling vulnerable.

It felt natural to me because expressing vulnerability left me susceptible to some perceived exploitation by the world around me. The only time I can recall seeing my father cry was at my grandmother’s funeral. My father was the toughest male figure I knew. My father often seemed detached from his feelings, often masking what he was truly feeling to avoid being perceived as weak by those around him.

But the truth was that my father kept things to himself, he told me once, so that he wouldn’t be a burden on those around him.

So, naturally, I grew up believing that being inexpressive and aggressive was being
“masculine.” From my male relatives to the hip-hop artists I idolized, my beliefs of manhood were continually reaffirmed. I internalized the prominent view that masculinity meant detaching from any emotion and solving conflicts by avoiding them.

The Art of Avoidance Coping

I recently had the opportunity to catch up with an old friend of mine who has been learning to cope with a long-term relationship that had just ended. He told me that he had been struggling to make sense of his feelings. But instead of processing the broad spectrum of emotions he was feeling—guilt, shame, anger, and depression—he was dismissing all feelings of sadness that stemmed from his situation.

When I asked him how he was coping, his answer was, “I just don’t think about it.”

To which I replied, “Do you think it helps you feel better by not thinking about it?” My friend quickly responded, “honestly, it makes me feel worse and torn up inside. Also, it’s not like anyone really cares and I can’t waste my time being sad.”

His story is not unfamiliar, and from a young age, many of us are taught to accept and propagate this societal view of [toxic] manhood. As males, we’re taught even by the female figures in our lives that we need to be unyielding and brave. Expressions of emotion in the South Asian community are most often met with dismissal and a stern reprimand simply to get over it. “It is what it is” is the mantra men will reiterate to avoid the discomfort of embracing their distressing emotions.

Between avoidance coping, detaching from all emotions which expose vulnerability, violent outbursts, or substance abuse to cope with traumatic events, the effects of toxic masculinity are far-reaching. Shame, guilt, remorse, anger, and trauma are all issues that South Asian males face but struggle to cope with because of the fear they’ll appear vulnerable—and weak—to the world around them.

The Antidote to Toxic Masculinity

Even when I began working as a therapist a few years ago, I was able to help my clients express their vulnerability in sessions while avoiding my own feelings. I recognized that being detached from my normal human emotions only contributed to my misery and led me to feel disconnected from everything. My solution was to embrace my feelings and remind myself that it is okay to accept my vulnerable moments. Allowing myself to feel has allowed me to truly enjoy the present, feeling contentment and peace in even the most mundane activities.

The solution to this toxic masculinity is to create and encourage more vulnerable moments. We should be supportive of the moments when the male figures in our lives express vulnerability, reminding them that it’s okay to feel emotion.

As men, we should regularly remind ourselves that vulnerability is a powerful act of strength and courage and that embracing ourselves and having self-compassion is not weakness, but the true mark of being human.

In short, being a real man means embracing your vulnerability with self-compassion, empathy, and respect, not avoidance. Being strong does not mean you cannot have moments of weakness, it means admitting your vulnerabilities and looking for healthy ways to go beyond them. It can often feel uncomfortable to embrace your feelings, but it is that discomfort that allows us to grow in our emotional well-being.