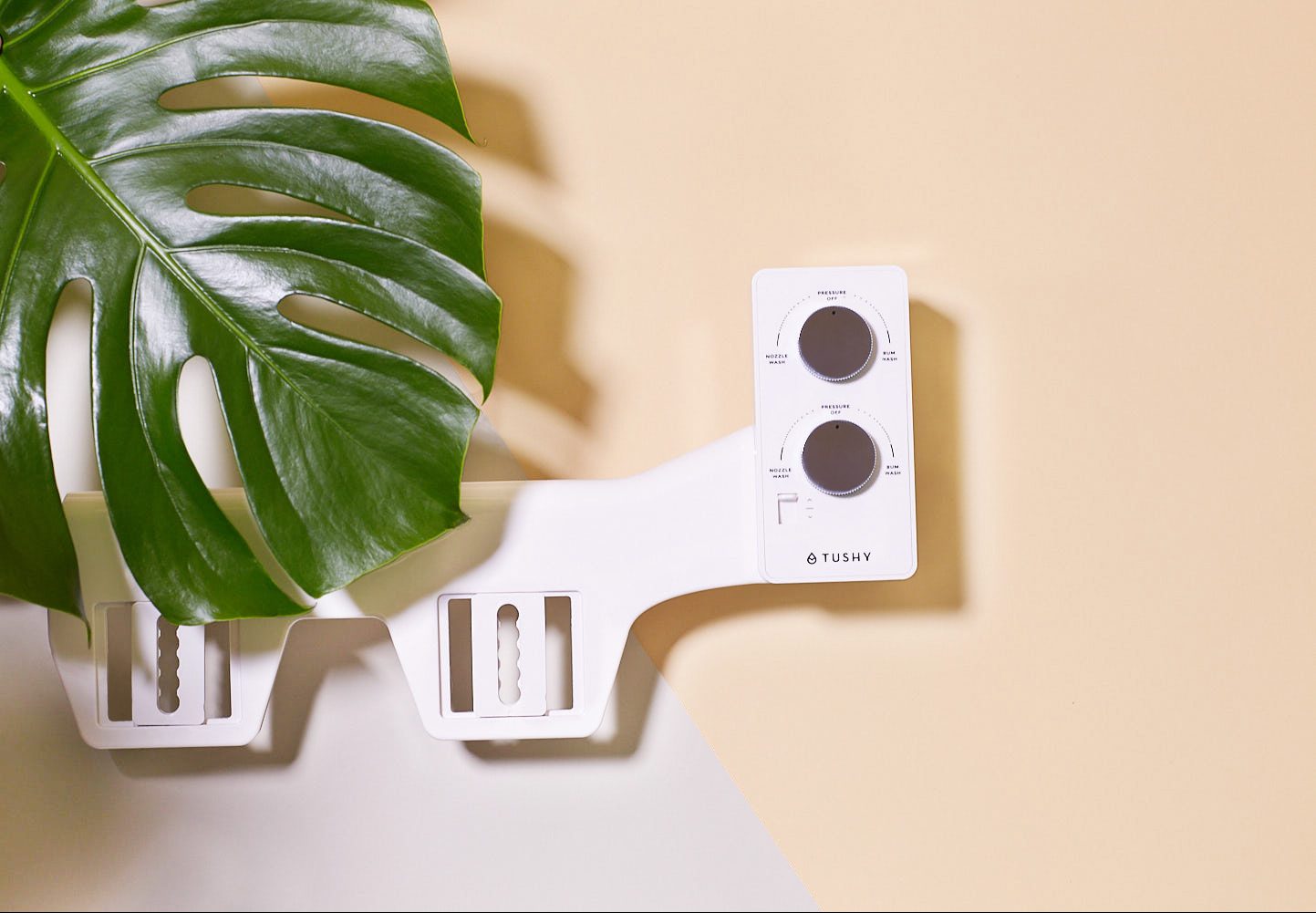 The following post is brought to you by TUSHY, the company making affordable bidets for people who poop. Tushy bidets run $69 for the Classic and $99 for the Spa. EXCLUSIVE: Use code BROWNGIRL to get 10% off your first bidet order!

In America, we see the introduction of a new technology almost every few days helping advance the different realms of housing, banking, energy and more. However, when it comes to sanitation, Americans still exist in 16th-century France, prior to the introduction of the bidet. Take a second to imagine this, if you were playing outdoors in the dirt and you fell, would you come in and wipe your soiled hands on just a paper towel and then proceed with daily activities such as eating?

I believe the answer would be no.

Miki Agrawal, the founder of TUSHY, is on a mission to bring the ever-so-amusing European bidet to American households. A disruptive SHE-E-O, breaking barriers first in the period world and now teaching us about the good shit, Agrawal is one-step closer to making the world and our derrieres a better place. 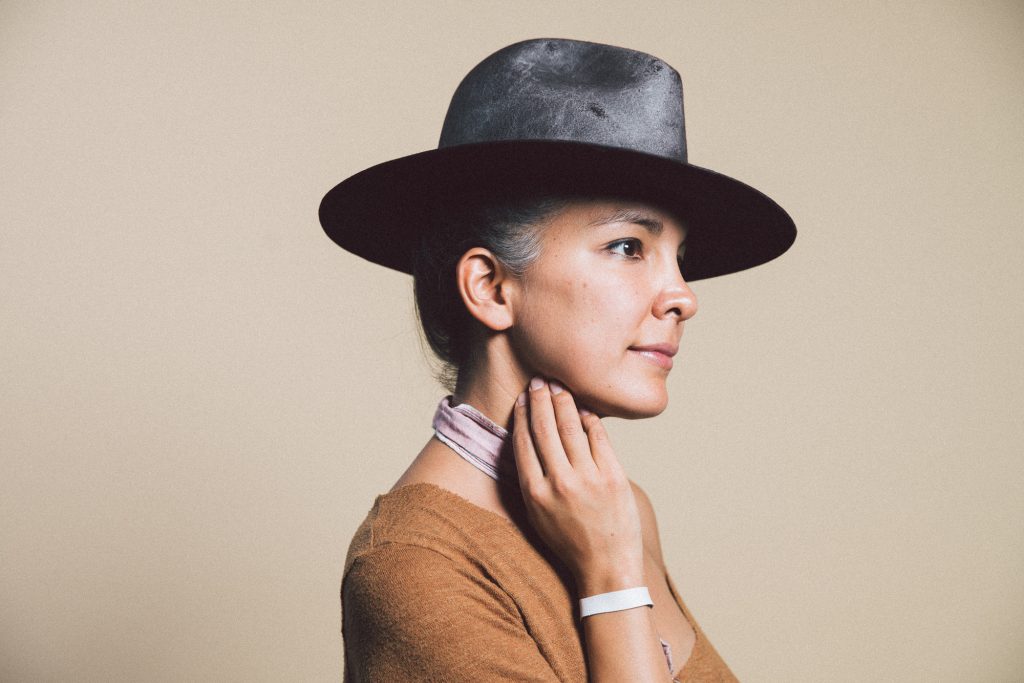 Americans have been led to believe that toilet paper suffices and does a great job of wiping up after we poop, but in reality, the only thing toilet paper production wipes out is about 27,000 trees a day. Not only is this environmentally damaging, but in the production process, the excessive amounts of bleach used also makes this damaging to our body. Such poor personal hygiene habits are the cause of chronic infections and excretory issues such as haemorrhoids, yeast infections, fissures and UTIs. Despite the fact that our derrieres are critical to our health and happiness, Agrawal believes that we don’t take care of it properly.

Enter Tushy. A simple, modern and affordable bidet attachment that works with your existing toilet by easily clipping on, turning it into a multi-purpose bidet.

“TUSHY solves one of the things that I do very often and every day: poop,” says Agrawal. “I am one of those people who poops a lot and I never understood why we wipe our butts with dry paper and call that clean? We certainly don’t jump in the shower and only use dry paper and call our bodies clean.”

It takes about 10 minutes to install and requires no external help, plumbing or electricity. The $69 price tag is worth it (your body will thank you later)! Agrawal learned about bidets at a very young age because of her Japanese and Indian heritage and ever since then, she has been obsessed with them and wants to make them a staple of North American bathrooms. Basically, Tushy works on pressure, once you’re done with your business you can adjust the knob for a quick spray of water to leave you feeling squeaky clean. After this, there is a rinse option that rinses off the bidet nozzle for those fearing cross-contamination from the previous user. This ensures a clean nozzle, every single time. For every 37-gallons of water required to flush a single roll of toilet paper, the bidet only requires one pint — making Tushy worth the plunge.

It is important to wake up the public to what they are doing through the use of educational campaigns. Americans believe in a deep-rooted indoctrination of toilet paper usage and it is important for them to be exposed to the realities if the financial and health concerns surrounding toilet paper.

“The constant consumption of dry paper is causing us to waste our money, deeply hurt our health and painfully hurt the planet,” says Agrawal. “People are finally waking up to the fact that water cleans us, not dry paper and this is the necessary DUH moment to convert them into becoming Tushy advocates.”

Not only is Tushy being received well amongst customers in America (read reviews here), they are really making an effort to educate the masses using a strong brand voice and a sense of humor to put people at ease and encourage them to make the switch from toilet paper. It is humbling for Agrawal to hear from people how Tushy has bettered their lives.

In addition to this, Tushy also works with Samagra, an Indian organization that builds clean latrines and other toilet facilities for the urban poor all over India. For every Tushy sold that betters an American household, another one in India has access to better sanitation allowing them to defecate with dignity. To date, 12,000 families have been helped by this partnership and working with experts helps Tushy get into the trenches and attack a pressing hygiene issue in India. 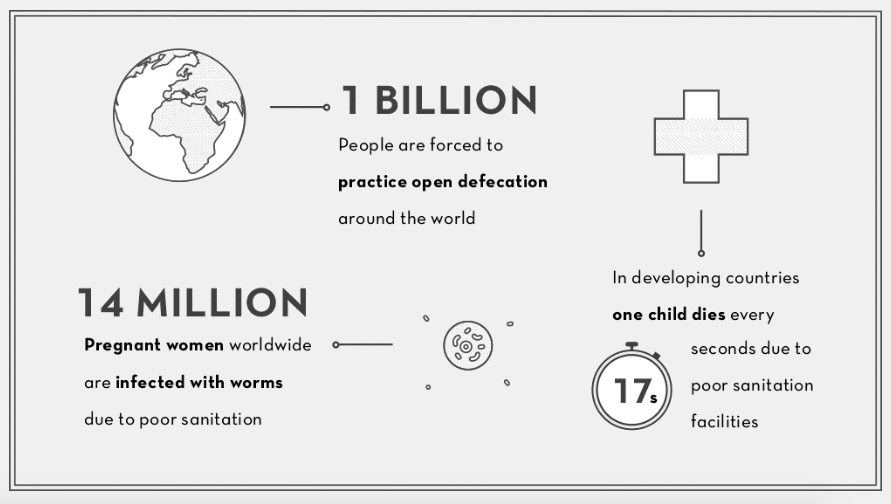 Moreover, most of their products are manufactured in Asia, but as the bidet concept becomes more widely accepted, Agrawal is excited to start production for certain products in the US in the coming months.

As for the next step in Agrawal’s journey, she is interested in breaking barriers around breastfeeding, being a mother, and ageing as a woman.

I’d love to break the barriers around breastfeeding, being a mother and aging as a woman,” Agrawal says. “We become more powerful as we age and we need to honor elders more in this country vs put them in homes and forget about them. They have wisdom that can help the next generations. Also I want to break the barriers around what it means to be a woman in the modern world.”

Our elders have wisdom that can help the next generations and Agrawal emphasizes the power in harnessing this. As an entrepreneur that has fought uphill battles creating brands that shatter taboos in the South Asian world, Agrawal urges aspiring entrepreneurs to be relentless.

“Don’t stop,” she says, “it will only happen if you are relentless.”

For other brown girls trying to break free from the traditional career paths of doctors, lawyers and for some even housewives, it is important to understand “where the traditional-ness is holding us back.”

Sixty-four percent of women are either primary or co-breadwinners now, so women are gaining power, so it’s only a matter of time that gender equality will truly happen. If you want to find some more inspiration on how to take the next step in your career and disrupt all aspects of your life that are not serving you, give Agrawal’s second book “Disrupt-Her,“ which is described as a personal development manifesto that explores the good, bad, and ugly for women who want to disrupt social norms.

A former employee at Miki Agrawal’s previously founded venture, Thinx, known for their period underwear, filed a sexual harassment complaint last year with the City of New York Commission on Human Rights, which was later “resolved” and “dismissed,” (according to the plaintiff’s attorney) in May 2017.