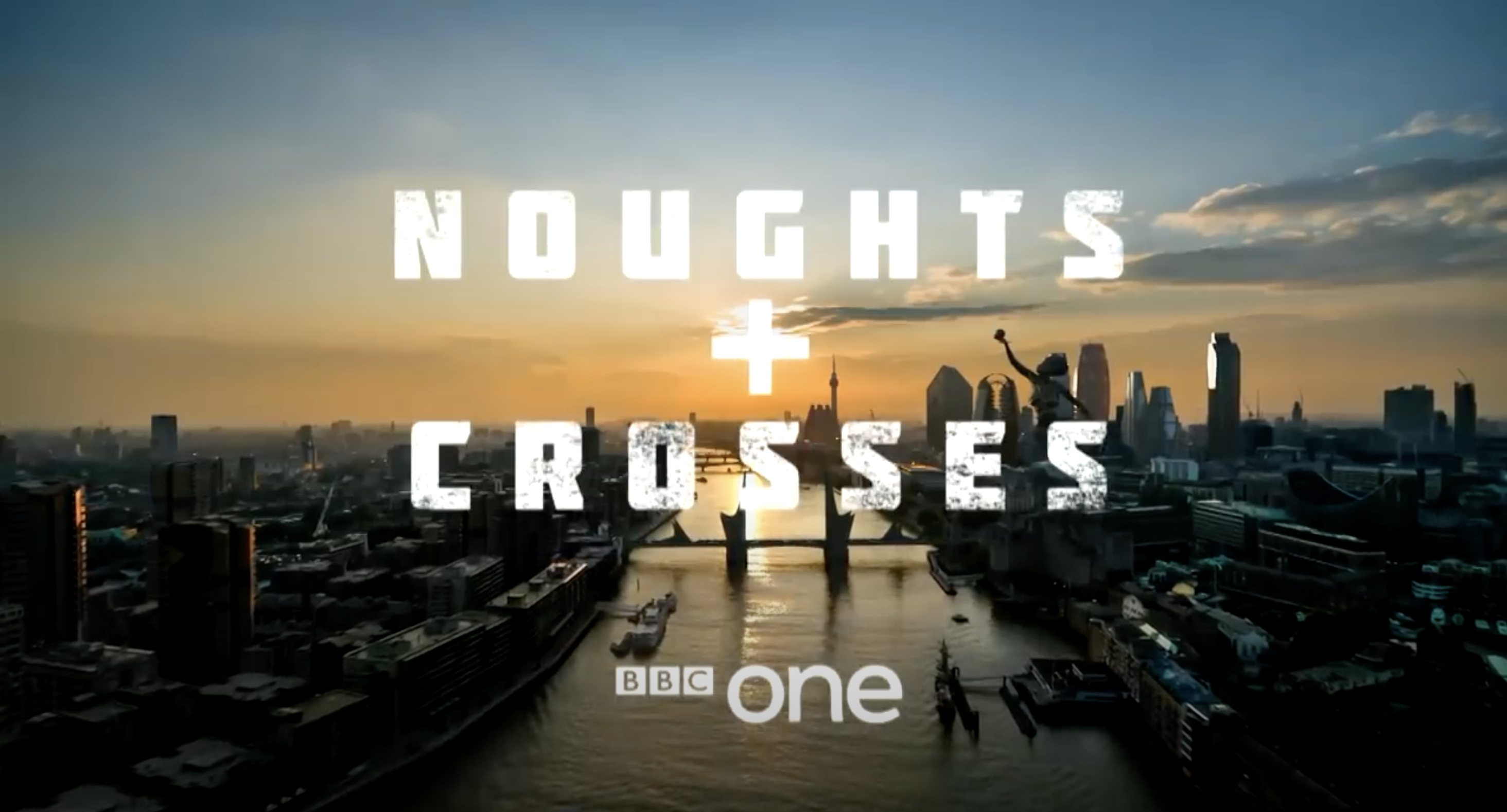 In 2001, Malorie Blackman released her young adult novel “Noughts & Crosses.” If you’re thinking about reading the book, as a word to the wise: Be prepared to have your heart ripped out of your chest and then thrown into the depths of the ocean. Certainly not an ideal book to take on holiday, as you will feel emotionally paralysed after reading the last page.

Recently, the BBC has adapted a retelling of “Noughts & Crosses” into a six-episode, one-hour drama series. The TV adaptation has been revamped to fit into a modernised world but it doesn’t take away the key concept of the author’s creation.

Noughts & Crosses is set in a fictional apartheid reality where the Aprican Empire “Africa” has colonised Albion “Europe.” This somewhat parallel universe shows a race reversal where Noughts—white people are the second-class citizens while Crosses—black people are the ruling elite.

We meet ‘Nought’ Callum, played by Jack Rowan, (BAFTA Cymru Award Winner) and ‘Cross’ Sephy, played by Masali Baduza (breakout role). Once upon a time, they were childhood friends and now as young adults, they find themselves falling in love in a world where interracial relationships are illegal. On the surface, it is a story about star-crossed lovers all while we go wound deep into tackling race, police brutality, justice and identity.

Callum is the heart and humanity of the Nought people. His moral journey during these six episodes is a whirlwind. He is someone that has grown up with the odds stacked against him, yet he perseveres, wanting to break the shackles of discrimination.

Callum begins by joining Mercy Point, a military base, to show Crosses that Noughts can do well in this world other than what gets shown in the media. Though starting with a solid purpose, Callum catapults in different directions by each vicious barrier put in his way, soon finding himself further from that boy with a dream.

Rowan’s impeccable performance leaves an impact on you even after the credits roll. He handcuffs you to the passenger seat and forces you to go on this ride with him. Feeling each moment from being called a racial slur, being forced to join a gang, losing a loved one to police brutality, escaping death for meeting up with ‘Cross’ Sephy – experiences that everyday people of colour endure while the privileged frequently overlook.

Sephy is the daughter of a high profile politician. As a Cross, she and many others like her do not question their reality as they live a comfortable and luxurious life. After an encounter then later followed by a mishap on her part towards Callum, she realises she lives in a world of insensitivity.

A line from the episode “Mindy Lahiri is a white man” from The Mindy Project comes to mind: “Every white person’s worst fear is to be called racist. It’s their equivalent of experiencing the actual racism.”

As her love for Callum grows, the further the cotton wool over her eyes pulls away, or should I say, the skin toned plasters peeling away. Having a front-row seat to the harshness of her society, she wants to endorse better humankind, but much like Callum, it is heartbreaking when the people close to her fight back.

By no means can I relate to every issue raised in this story but one I do sympathise with are interracial relationships. I come from a background where I should end up with someone of my race so to not do this, I may have a hard road ahead of me. The idea of two races coming together for love of one another is the fundamental definition of unity. Love can only stand a chance if both people are free to give it away without fear.

In my opinion, the changes made by the screenwriters with Blackmans’ approval were highly effective as a TV drama. Not just with character development, plot pacing, cultural music and exquisite costumes and sets, (I could write a whole other piece on all those things), but ultimately the show was able to amplify the story to help viewers realise that this world is not a dystopia—it is our world under a different lens.

As much as I’m a sucker for a star-crossed lovers story, Noughts & Crosses is more than that. Sadly, everyone tied to this project had to prepare for backlash, as did Blackman after publishing the book back in 2001. Sephy embraced the unveiling of truth and Callum kept pushing forward after being knocked down in the hardest of ways.

During a time where compassion is more necessary than ever, Noughts & Crosses has graced our TV screens to help us evolve, starting with ourselves. Let these characters inspire us, not highlight our fears.

*All six episodes of ‘Noughts + Crosses’ season one is available to stream on BBC iPlayer now.

Rupinder Thandi was born and raised in England, who is a freelance writer after studying journalism. Using her experiences of growing up in a westernized world as a British-Indian, she hopes to spread the word about her mental health issues, family disputes, and identity crisis to help others feel they are not alone and create a safe united community. You can follow her on Instagram @rupinzel