Around this time last year, when we spoke to innovative and multi-talented, DJ and music producer Vissagan “VGo” Gopalakrishnan, was anticipating the release of his mega EP, “ANEKA.” Following rave reviews and warm reception from the desi dance network in North America, VGo is back with a vengeance and ready to release another EP entitled “EXPANSE.”

With three tracks already released, including amix of the Tamil song “En Veetu Thotathil” with “Broccoli,” “EXPANSE” promises to be a hit for all Bollywood fusion lovers.

Here’s what we found out about this immensely talented Brown Boy and his new album when we caught up with him as part of our “Fast Five” interview series, which introduces budding and established artists/activists to the Brown Girl Magazine community.

1. What will distinguish “EXPANSE” from “ANEKA,” aside from the factor of new content?

“The vision for ‘ANEKA‘ was largely to innovate within Bollywood. All the tracks have some basis in Bollywood or some version of Indian cinema. The goal was simply to drive more energy through the tracks, to create mixes that are easily relatable, that someone can jam or dance to naturally,” Gopalakrishnan said.

“‘EXPANSE,’ however, is much broader in scope. I’ve been working on tracks on this album for around 4-5 years. Every once in a while, I’ll create a draft or concept mix that has real depth and meaning to me but would want a greater platform where I can share the theme or message alongside the mix. The goal here is to deliver an experience beyond just music. I want tracks on this album to hit at distinct emotions or stories.”

2. Why the title “EXPANSE?” What is your favorite song from the album, and why?

“The goal of the ‘VGo’ project is to break down borders between music. Ultimately, I see music as this open landscape, this expanse, where it is possible to dabble in all varieties of sounds for one mix, but then switch gears and go for something else entirely different in the next. The barriers between different genres are loose, in my opinion, and this is what my mixes hinge upon,” he said.

“As far as my favorite song, that is a really tough question. Each mix in the album is meant to hit at something unique, so it’s hard to compare. One mix I am excited about sharing is a combination of T-Pain with music from the movie ‘Taal’ by A.R. Rahman. There are plenty of other surprises, but I’ll save it for when the album is actually released.”

3. How have your music, thought process, production process, etc. changed over the past year, if at all?

“They’ve all changed tremendously. In terms of production, I am now using different, more advanced software and plugins. I’ve expanded my sample pack library for simple things like snares and kicks too,” Gopalakrishnan said.

“In terms of arrangement, I think my newer mixes are far more complex as well. For example, in ‘AGNI,’ the Tufaan 2017 mixtape I recently released, the ‘Ponmagal Vanthal’ segment at 9:35 starts at a fast tempo, but just prior to the base drop, I slow the tempo in order to deliver a completely different vibe from the beginning of the mix. The segment just after this, which is my take on ‘Let’s Nacho’ (11:03), I purposely muddled the sound a little before the drop, then I shifted the key up a half step and spread the sound so that it filled the entire ‘soundscape’ more evenly. This allowed the drop to have a much bigger effect than before. These seemingly minor details are what I spend a lot of time on, and although I doubt my listeners dwell on these much, in the end, I know it leads to a better listening experience.”

4. What have been some your favorite new songs and/or artists, and how have they influenced your work?

I’m a big fan of Raja Kumari, as I think she has an innovative South Asian sound. Her pieces are well produced, and I take inspiration from that. I also listen to Chance the Rapper and J. Cole frequently. The way their songs have a clear message that pervade both the lyrics and production is something that I definitely pulled from in developing a vision for ‘EXPANSE.’ There are tons of smaller artists that I listen to as well. Of note are DROELOE and San Holo, as I think they use audio engineering to full effect in creating a surreal and stunning music experience,” he said.

5. It seems like both of the tracks you’ve already released, “Luka Chuppi x High Hopes” and “We Don’t Talk Anymore (VGo Sufi Mix)” have significant backstories. Why? What made you conceptualize your songs like this? Did the stories come first and then the mix or vice versa?

“The mixes and stories come together in an organic fashion. For example, when I listened to ‘We Don’t Talk Anymore,’ I was drawn to the texture of Charlie Puth’s voice and found that the emotional aspect of the song dovetailed with Sufi music. On the other hand, the song “Bulleya” by Vishal Shekhar refers to a Sufi poet, Bulleh Shah, who in his moments of spirituality would dance in the streets,” Gopalakrishnan said.

“Putting both together, I envisioned a scene where a boyfriend, trying to mend his relationship, is left standing in front of his girlfriend’s house,” he said. “Though frustrated, he listens to the sound of the rain around him and decides to whimsically step off the porch, into the rain, skipping and humming. The romantic elements of the story, the status of this couple’s relationship, come through in ‘We Don’t Talk Anymore,’ while the whimsical and mystical nature of dancing in the rain mimics what Bulleh Shah used to do many years ago.

Gopalakrishnan continued, “The entire point of ‘EXPANSE’ as an album is such that each track would have significant backstories. Within the ‘Desi Dance Network’ (DDN), which encompasses the massive South Asian dance community at the U.S. college level, I have noticed that DJs and producers end up using same or similar sounding songs in their tracks, leading to a culture that has a narrower perspective when it comes to Indian fusion music than it ought to have. I think the combination of South Asian sounds with other music has potential far beyond that which is available now. Through ‘EXPANSE,’ I want to share mixes that can use Jazz, Indian folk, or even Irish or Scandinavian music. I want this album to be resoundingly unique and educational, in a sense.” 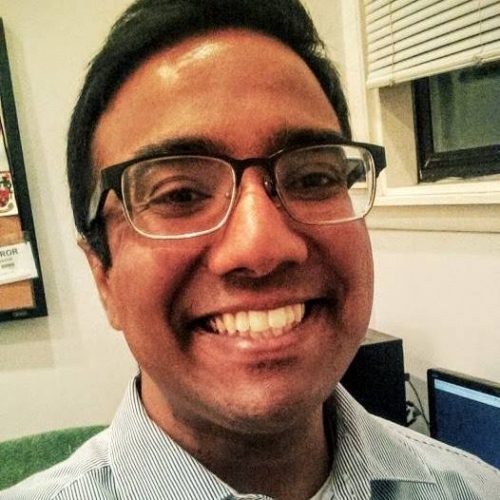 Vissagan Gopalakrishnan produces South Asian music remixes under the artist name “VGo”. He has been involved in music for several years, with the ultimate goal of breaking down borders between different musical genres. Vissagan graduated from Johns Hopkins University in 2014 and is a medical student at the Rush Medical College in Chicago, I.L., currently pursuing a research fellowship at the National Institutes of Health. Besides music and medicine, Vissagan is a passionate fan of the English football team Liverpool. He also enjoys playing soccer, cooking, and watching movies. Vissagan lived in China for 8 years before moving to the U.S. and speaks Mandarin Chinese.