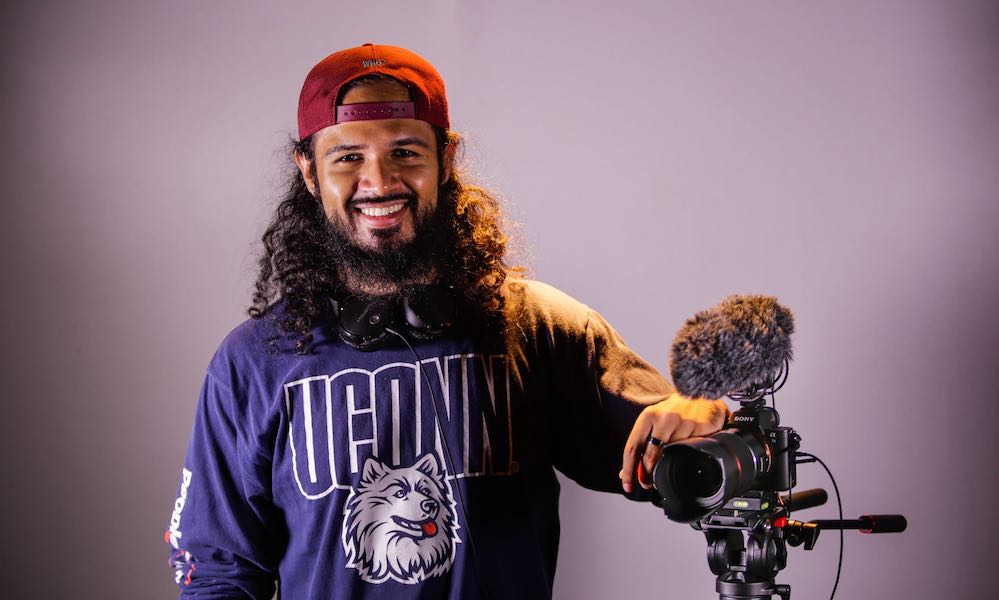 Fire up a random public account on Instagram and you’ll probably see a string of titles in the person’s bio: writer, founder, cosplayer, podcaster, tech geek, ambassador, advocate, etc. That’s the world our generation lives in. We are no longer defined by a single career path. Instead, we are all “slashies.” A slashie is someone who pursues one or multiple side-hustles alongside a full-time career, not-so-secretly hoping to transform these non-traditional side-hustles into full-time jobs.

For South Asian millennials, redefining success means redefining stereotypes. Remember what our parents would tell us growing up? Get good grades, get a good job, then get married and settle down. But our generation is not about settling down. We are more than just doctors and engineers—we are comedians, musicians, astronauts, wrestlers, news anchors, and so much more.

I’m not a comedian or a wrestler, but I’ve always wanted to be a filmmaker. Movies were a seminal part of growing up. On Friday nights, my dad and I would go to Blockbuster and usually pick up an action flick. My mom was never into those, so she and I watch Bollywood movies together. And whenever that summer’s big Hollywood blockbuster hit the theaters, my dad made sure I didn’t miss it. But I could never really imagine a career in film. I just didn’t see enough people who looked like me on the big screen.

It’s been three years since I graduated from college, and although I’ve secured a  steady job as a software developer, the itch for cinema has never left me. So two months ago, I made the leap and started a film production company, Null Pointer Films. I penned a script, auditioned some local actors, and shot my first short film, “Luna.”

// Luna is just about locked and ready for the festival circuit. Here's the official poster . As for the trailer? Check back in tomorrow ? . Written and directed by @virenshinde_ . @its_yaestratton as Luna @learythelobster as Kabir @sassypantsmcfingerguns as Karen . Music by @pgtpt Sound Design by @kristookes Special thanks to @iamthenightskyy

Although my eventual goal is to make a full-length movie, that’s way too big a task to take on alone right now. So I had to start small with a short. But even the first couple drafts were too complicated. The story had too many characters and too many locations. So I went back to the drawing board until I had a script that all took place in one location with just three characters. That was a start. More importantly, it was a manageable and realistic goal that I was able to hit.

The Big Picture in the Busy Work

This one is a double-edged sword. On one hand, it’s comforting to know that there is a community of other creatives and entrepreneurs out there trying to make a splash in the water like you. On the other hand, it can be intimidating. You’re already a small fish in a big pond. And if you’re more introverted like me, that feeling just gets amplified. Entrepreneurship can be a lonely journey, so it’s important to be prepared.

For me, that preparation came in the form of celebrating the small victories. When I finished writing the first draft of my script or when I finished filming all of my scenes, I took a moment to enjoy it. There’s no shame in needing the motivation to take the next step. On top of that, I completely took a break from anything movie-related when I wrapped filming. I didn’t look at any footage for a week. Instead, I caught up on some reading and just hung out with friends and family so I could come back to it with a refreshed perspective without feeling burnt out.

If there’s something I was surprised to find joy in, it’s making a to-do list. There’s a very special kind of dopamine rush you feel when you complete a task and cross it off the list. It can be tempting to make a to-do list more detailed than it has to be, just so you can cross items off more quickly. It provides a sense of being productive. But you can only become so granular with your tasks until they become meaningless.

After I wrapped filming, it was time to edit. “Editing” itself is a giant umbrella term for all sorts of tasks—cutting the film together, coloring the raw video, sound design, etc. I added all of those items to my list, but I thought some of the items, like sound design, were worthy of their own list. So I added, “Make Sound Design To-Do List” as a task. When the new list was made, I marked the task complete and sat back, quite content with myself. But had I actually made any progress with the sound design? Not really. So what was the point?

To fight this urge, I basically adopted a lite version of the Agile workflow. I’d keep the things that immediately needed my attention on my to-do list and throw everything else in a “backlog.” As I completed tasks, I’d pull in new ones from the backlog. The backlog could be as specific or general as I wanted, but I would not touch those tasks until I had the capacity to pull them in.

All Rhythm, No Blues

Being is a slashie is an exciting lifestyle. But sometimes, you can get so enthralled with it that you get overzealous with how productive you can be in a day. Then the day ends and you find yourself with items still incomplete on your to-do list. Suddenly, you feel like you aren’t doing enough, and that can be stressful.

Being hyper-productive does not mean making progress. Part of being a slashie is learning about your rhythm. We all work at our own schedule, and every successful slashie I know is comfortable with their pace. It can be a trial and error process, but what’s important is giving yourself the time to go through it.

We are a generation of entrepreneurs with hyphenated identities defined by not sticking to definitions. If we can handle a hyphen, then what’s another slash?