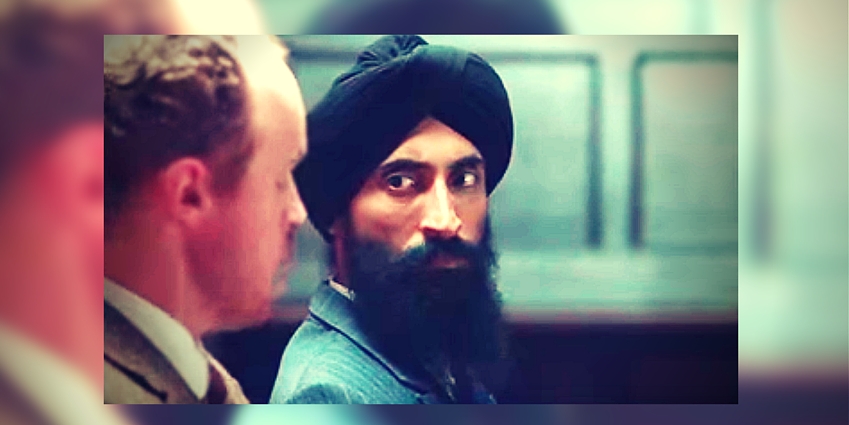 Just a few months after Waris Ahluwalia was denied entry on a plane in Mexico City due to his turban and appearance, the Sikh actor and designer is set to portray Indian-American hero and World War I veteran Bharat Singh Thind in a film called “All Quiet on the Home Front.”

Watch the unedited teaser below:

The film is based on Thind and the 1923 legal proceedings in which the Supreme Court ruled that people of Indian descent were not white, and therefore, not eligible for naturalized citizenship, (“United States v. Bhagat Singh Thind”), director Harjus Singh addresses a story that hits close to home and is eerily similar to the plight of many minority communities in the U.S. today.

In fact, Singh, on his Indiegogo page for the movie (now closed for donations), explained:

“This story isn’t just a story within Sikh history or Asian history, but is a part of a larger story within American history. Remembering our history is key to keep from repeating it.”

“Reflecting on the themes of ‘What do we define to be an American’ and ‘How do we treat our veterans,’ I also found the imagery of a Sikh with his identity in full U.S. Army attire,” Singh said. “And as 2015 proceeded, and there was this sense that you had to look a certain way to be perceived as an ‘American,’ I wanted to show that a person with a turban and beard can be a U.S. Army veteran and an American hero.”

Interestingly, Singh also reported that the film was almost not completed due to the airport incident Ahluwalia faced coming home to New York City.

“In many ways, Waris had a bit in common with the real Bhagat Singh Thind,” he said.

“All Quiet on the Home Front” is set to debut at film festivals this fall. Stay up to date on screenings and the latest news about the movie, follow the film’s Facebook page or visit its official website.