The following post was originally published to Tinyletter.com and republished here with permission.

The new season of “The Mindy Project” premiered on Hulu on October 4, which meant star Mindy Kaling made the late night talk show rounds. Anyone who has followed Kaling’s career knows that her thoughts on race, diversity, and Hollywood often cause Asian American pop culture watchers to shake their heads in dismay. Unfortunately, that’s just what happened after we watched her appearance on “The Late Show with Stephen Colbert.”

For reasons we don’t quite understand, Kaling declared that the fictional Mindy Lahiri has “a white male level of privilege” and that she isn’t “subjugated” the way other characters of color on television are. Needless to say, we had lots of reactions to those comments.

Lakshmi: OK, Asha, I literally just made you watch this interview. What was your first take?

Asha: Well, my first thought was: that’s not the way privilege works. My second thought was: I could see how she would want to create a character who is that out of touch because playing that character would be fun especially when the character comes up with actual white, male, privilege.

Lakshmi: It doesn’t look like there’s been a lot of self-reflection on “The Mindy Project.”

[Read Related: As Mindy Kaling Join’s ‘Ocean’s Eight,’ we Imagine a Bollywood Do-Over for the Film]

Lakshmi: Well, Mindy (the real Mindy, not her character) has been in the public eye for more than a decade now and she still has a huge blind spot when it comes to race. I remember when my friend Jaya was recapping the show, she constantly pointed out the stereotyping of the black characters on “The Mindy Project.”

Asha: that’s one of the reasons I stopped watching. But, even with her blind spots on race, she still shortened her name to Kaling making it much less ethnic so there is some recognition somewhere

Lakshmi: Chokalingam is a mouthful, though!

Asha: Not really! Not any more than any other multi-syllable last name that’s out there in Hollywood. Really, it’s pretty easy. It’s also interesting that her parents decided to call her Mindy because they wanted a cute American name.

Lakshmi: I get why they did it. I mean, if you look at Indian Americans having kids now, there are so many Mayas and Nikhils and Monicas and Neals. Having an easy name does make things much smoother.

Asha: I have an easy name and people still have trouble with it! The number of times people spell it with an “O” is absurd.

Lakshmi: Osha! Like the Occupational Health and Safety Administration! But naming a kid after a sitcom character the way Mindy’s family did was a very 1970s thing to do.

Lakshmi: Also, I was just looking at the list Angry Asian Man put up of Asian actors on TV this season and I was struck by the fact that Reshma Shetty plays Dr. Talaikha Channarayaptra on a CBS show! That’s quite a fictional last name! A first name too, to be honest! Don’t you find that surprising?

Asha: Well no, because it’s set in Silicon Valley. Presumably, they had to be semi-authentic. Hollywood still lacks imagination. All these brown actors and they still give them western European names.

But back to Mindy, did you see the part in the interview where she tells Colbert that the fictional Mindy isn’t “subjugated.” I’m probably projecting here, but it creeped me out.

Asha: Well, that’s because it’s an odd thing to say that the lack of privilege = subjugation.

Lakshmi: Mindy was also in the news this week because of her horrible brother who continues to try to make a name for himself off of her fame. This time, he told the New York Post, Mindy plays a slut on television.

Lakshmi: Also, is he straight out of the 1950s? Her character isn’t even particularly racy for a sitcom.

Asha: It’s also like he thinks he’s a white man.

Lakshmi: And (like so many others wrongfully do) Mindy’s brother decided that he failed to get into med school not based on his lack of grades/credentials but because, Black people … exist? Getting into med school is hard! Most people don’t get in! Instead, he uses this very common failure to spout racism.

Lakshmi: I also felt bad that Mindy’s brother decided to mess with her right when she’s promoting her new season. It’s always awful to see families break up in public (or at all, really) but feuding on Page 6 must be particularly brutal.

Asha: It seems like there are some jealousy and resentment going on there because she has this successful career and he couldn’t even get into med school.

Lakshmi: Did you read either of Mindy’s books?

Asha: I read the first one.

Lakshmi: Did you like it? I have to say I was taken aback by its tone. Parts of it were quite mean!

Asha: I thought it was fun, but i haven’t read it in a while.

Lakshmi: I always mention the acid attack joke in her first book, but I literally did a double take when I first read it.

Asha: I saw that. That was very weird.

Lakshmi: I kept wondering how she didn’t know how loaded that line was coming from a South Asian woman. It adds another level to the meanness of it and I think she honestly doesn’t think that way, which makes it more painful in a sense.

Asha: But as a South Asian woman in the US, it’s probably not part of her reality. People who get attacked with acid are “over there.”

Asha: But it doesn’t directly affect her. She’s not socially aware (or at least she doesn’t seem to be), but I think we’ve established that.

Lakshmi: It also lends credence to the theory that she thinks that white male privilege means acting like a white man to the point where you don’t create ways to make it easier for anyone else. Everyone will bootstrap their way over to you. By contrast, every time I read about Samantha Bee’s writers room it sounds magical. She hired people who never worked in comedy before and started a program for young writers. That’s how you do it!

Asha: Sam Bee is awesome, but that’s an example of a woman who’s deliberately trying to change things as opposed to just “coasting.” I don’t mean to say that Mindy hasn’t worked hard but it’s like now that she’s been successful, she thinks this is it she doesn’t have to think about it anymore.

Lakshmi: And really when you have teens like Amandla Stenberg and Zara Shahidi calling things out there’s really no excuse!

Asha: It’s like Mindy wasn’t prepared to be a role model. She just wanted a do a job and have fun without the responsibility that comes with it. And that’s fair, but it’s also not very realistic and it’s indicative of someone who’s been told all her life that she can simply do that.

Lakshmi: Right! And we can have a whole other conversation about how not everyone is cut out to be a trailblazing figure who always comments on injustice.

Asha: We can. Maybe that should be a follow-up tiny letter! 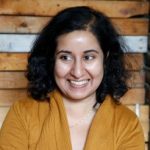 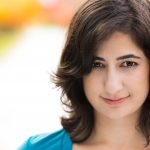