In the News Politics Social ActivismJune 30, 2018 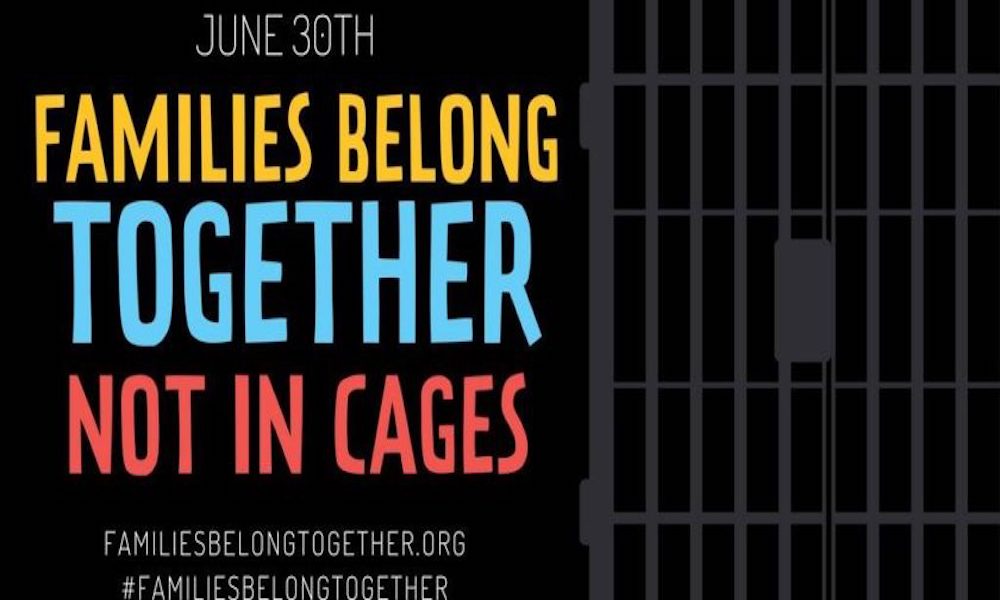 What’s happening at the U.S. border is nothing short of a moral crisis — a despicable and violent infliction of systematic cruelty.

In the past several weeks, Donald Trump’s administration has enacted absolutely heartless policies, including the zero-tolerance policy and the separation of children from their families. This administration is writing oppression into policy, using children’s lives as leverage in their xenophobic and white supremacist agenda. Last week, President Trump signed an executive order to “end family separation.” This executive order, enacted to “stop” a crisis that Trump, Vice President Pence, and Attorney General Jeff Sessions themselves created, is bullsh*t. It does not end the zero-tolerance policy. It does not attempt to reunify children with their families. And it is essentially calling for the imprisonment of entire families for indefinite periods of time.

What’s happening at the border is part of a loaded, shameful legacy of separating black and brown children from their families – a history that continues today as these families are systematically punished, criminalized, and forced apart. It is impossible to find words that capture the profound magnitude and depth of devastation that these practices have wreaked, the lives that have been violently disrupted and tossed away. We cannot stay silent.

I have always pushed back against the idea that you have to have a personal stake in an issue to care. We should show up for each other because protecting each other matters deeply and urgently, no matter what. Transforming privilege into action matters, and as the proud daughter of immigrants, this issue hits close to home.

My mother came to the U.S. when she was 22 years old. Both she and my father migrated to America from India to pursue graduate degrees, an immense privilege. This means that my family has been fortunate to live a life that was, for the most part, unrestricted by borders. My parents were not fleeing persecution, violence or imperialist-built burdens. They came here because migration is beautiful, and it is a choice that every human being deserves – especially for those escaping violence and seeking safety for themselves and their families. In fact, it is a legal and moral human right.

But of course, as we’ve seen through this crisis, Trump’s violent rhetoric about those migrating from Latin American and African countries, and Tuesday’s Supreme Court decision on the “Muslim ban,” these rights are all too often denied. We’ve witnessed the dehumanization of those seeking asylum and those who have been painted in reprehensibly bigoted, criminalized and racist terms by this administration. And we know it’s unacceptable.

The right to migrate—to seek safety, resources, opportunity, and happiness—belongs to everyone, not just those immigrants who had access to a system, to privilege and to capital. Not just those immigrants who were deemed “useful” or “non-threatening” by white supremacist and capitalist forces. My family was lucky to build our lives here. We must do everything we can to ensure that other immigrants, too, have the chance to live the lives they choose.

That’s why I’m marching tomorrow. Social justice groups from around the country are hosting Families Belong Together marches – a day of mass mobilization to protest this crisis, demand an end to the zero-tolerance policy, fight for these children and families and hold this administration accountable. There will be a massive protest and march in Washington, D.C. as well as over 600+ events taking place throughout the country. Building from the power of many other actions, this day of mobilization will make it clear: This is cruelty, this is inhumane, and this cannot continue.

I’m marching because the conditions these children are currently facing are indescribably horrific. Because immigrant mothers are punished and judged, and this is a feminist and reproductive justice issue. Because abolishing ICE and ending state violence and mass incarceration will help marginalized communities live fully and freely. Because as a South Asian woman of color, showing up in solidarity for other communities of color is critical. I’m marching because liberation is profoundly interconnected with the freedom of migration.

Here’s how else you can get involved:

We have to act: Artificial borders and boundaries should not dictate a person’s humanity. 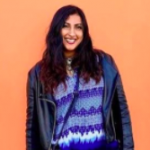 Shivani Desai is an organizer with the Feminist Majority Foundation in Washington, D.C. She is especially passionate about anti-violence work and advocating for abortion access and reproductive justice for women of color. When not launching into political rants (rarely), you can find her obsessing over Hatecopy’s art, shopping for heeled combat boots that all vaguely look the same, and binge-watching “Jane the Virgin” and “Insecure.”