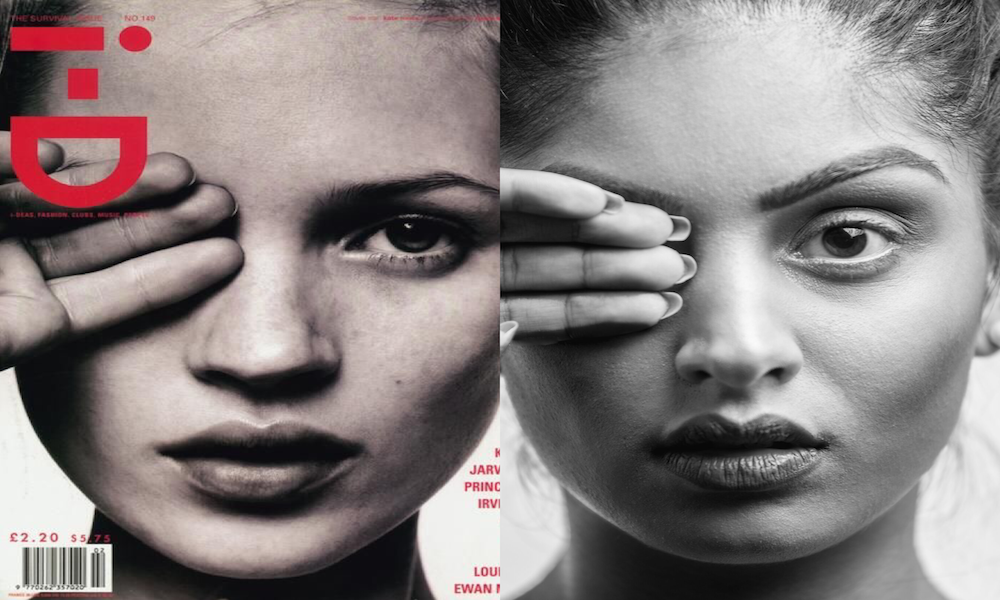 As I reflect on my childhood, I noticed that I NEVER saw people like me on TV screens, heard them on the radio or admired them covering the pages of glossy magazines. Sure, we had Bollywood. And Bollywood was great. But Bollywood was not something that my friends could understand. The names Aishwariya Rai and Kajol were frequently met with vacant stares. We also had magazines such as Asiana, but even their pages were filled with the pictures of non-Indian women or ethnically ambiguous ones. In fact, where was the representation of Indian people in mainstream Western media? Apart from the token brown family on “EastEnders,” there weren’t any. Despite being the second-largest population in the world, I still couldn’t see us.

Throughout my life, the media I was exposed to had presented me with people I couldn’t relate to. I had spent years trying to emulate the people I saw in magazines or on billboards, allowing them to mold my fashion choices. I had let girls with blonde hair and blue eyes convince me that beige was flattering on my skin tone and that the tights branded as “neutral” didn’t give my legs a weird, ashy tinge. I grew up believing that people like me couldn’t be on “Top of the Pops” or be successful writers or prime ministers. Why? Because there weren’t people like me being represented in these fields, so I assumed that the professions were unattainable.

So, what is this all about if Indian isn’t even a colour?

Disheartened by the lack of media diversity and Indian representation within it, I decided to create a series of photos where I used iconic shots of famous Caucasian men and women and replaced them with Indian girls. These icons were individuals who had pushed boundaries, inspired millions and most of all, their names had global recognition. Why was it that when I thought about icons, the names that came to mind were not Indian? Why didn’t we have the same kind of globally recognised individuals? And can you imagine if we did?

While many people may not stop to think about the impact of the lack of diversity, it’s something that we shouldn’t take lightly. In this digital age, the media surrounds us and now more than ever, it plays a significant role in our lives. Whether we eat our dinner in front of the TV, scroll through our Instagram feeds several times a day or push commuters out of the way to grab the latest copy of “The Metro,” there is no escaping it. While the media we are exposed to in 2018 has a representation of people of colour, we, as Indians, still have a long way to go.

By having successful Indians being represented within the mainstream, we’re able to challenge the views that we have in our communities about media careers not being valid choices, that “apne log” (our people) do not model, act, present or sing. Furthermore, representation within this field enables us to question the notion that the only valid career choices are those giving you a “Dr.” title, requiring more than 3 years of study or providing you with letters after your name. Without this Indian representation in mainstream media, we fail to give our girls and boys relatable icons. We fail to give them the belief that they can be successful within fields that seem inaccessible to them, and most of all, we fail to empower and celebrate them.

Growing up in the ’90s and early 2000s, I had never even dreamed it possible that I would see Indian women staring in lead roles on Netflix shows or reporting from behind a shiny desk on BBC, let alone being the face of iconic fashion brands such as Burberry. And yet, all these things have happened. Witnessing the success of Indians like Neelam Gill, Rupi Kaur and Lilly [IISuperwomanII] Singh has helped drive a change. They have helped to inspire a whole generation and given them the belief that whatever they put their minds to, they can achieve. They haven’t ignored the concept of skin colour, giving it a silent nod, and pushing forward to execute: Race will no longer be given the power to be a limitation.

While I don’t claim that my campaign efforts or photos are going to alter the world overnight, I want to empower all the Indian girls and boys out there who do not see people who are like them being represented in the media, people that they can relate to. I want them to realize that no matter what, they deserve to be taken seriously in these fields; they are not there to be exploited to fulfill an ethnic minority quota or to play the token brown character in the latest TV drama. I want them to know that having brown skin is something they should be proud of, feel empowered by and be celebrated. I want them to wear their culture with pride and not be embarrassed by it.

And most of all, I want them to know that their skin colour is not a limit.

After noticing the changes happening around diversity and equality, Harleen S. created @thecolourindian to empower Indian women. She noticed that there was still a lack of South Asian representation within mainstream media, and decided that enough was enough! She launched her first campaign, recreating iconic shots of Western stars with beautiful Indian women, to show that Indians could be icons, too, and deserve to be. She has since launched her second campaign relating to questions that Indians are frequently asked, ensuring that she is constantly championing people of colour. She hopes that through her work, she will not only help to inspire, but also make Indians feel proud, represented and powerful.