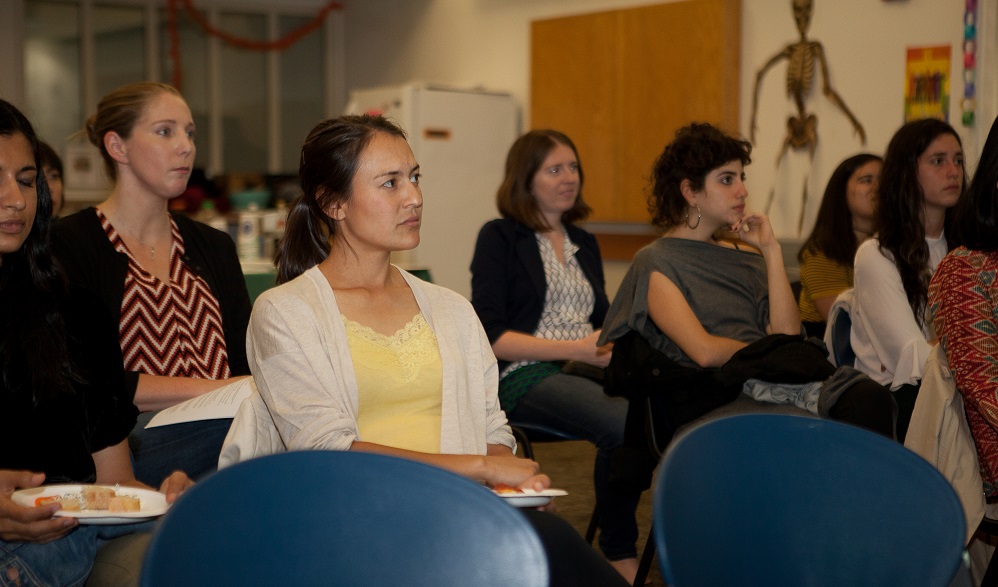 On November 20, 2018, a U.S. District Judge declared the federal law that had criminalized Female Genital Cutting (FGC) in the United States since 1996 as unconstitutional. In light of this ruling, I feel it is important to share a story that indicates just how challenging it is for survivors to speak up. Though the ruling did NOT suggest that FGC was okay, I fear the unintended consequences of this decision will cause additional challenges for survivors to speak up, and give those who are pro-FGC more reasons to continue this form of gender violence. I share this story, though the incident occurred before the ruling, in hopes that it will lead to more advocacy initiatives that will prevent FGC from happening to future generations of girls.

For years I’ve worked to uplift the voices of survivors of gender violence. I engage in this work because I understand that in doing so, we create dialogues that have the ability to shift cultural norms that encourage violence. Yet, sometimes, in sharing survivor stories publicly, there can be a backlash. Opposition tries to dismiss or tear down a person’s experience.

I had such an experience at the first screening of Sahiyo Stories, a project I worked on with StoryCenter that involved bringing together nine women from across the United States for a 3-day long workshop so they could create digital stories of their experiences with female genital cutting (FGC). Often when survivors share their FGC stories in the media, only the physical impact of the cut is revealed. Rarely is the complicated nature of how and why FGC continues in a community or the conflicted feelings survivors face, expressed. The digital stories these women created in the 3-day workshop reflected those complicated nuances. 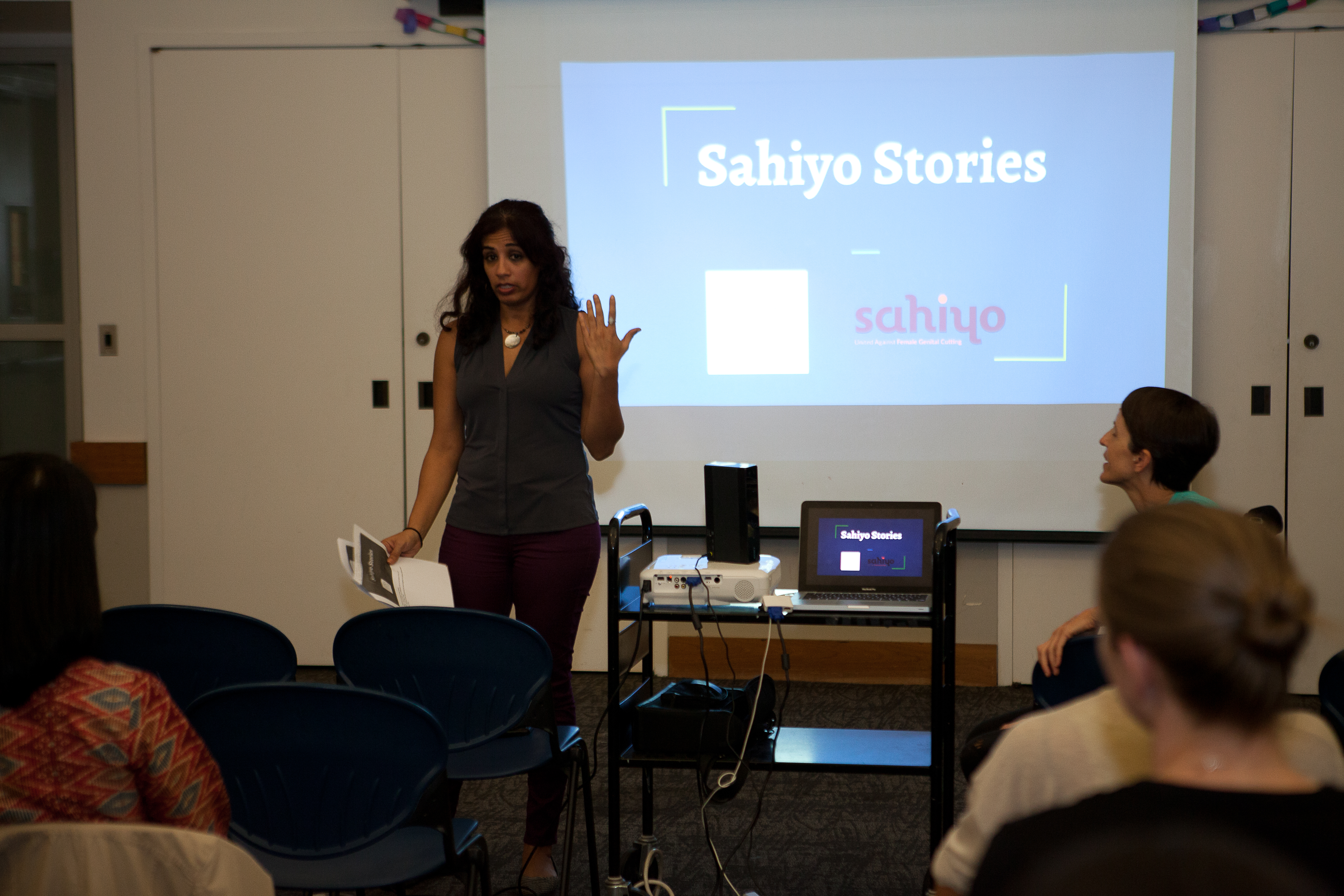 This first screening was hosted in partnership with Storycenter, Asian Women’s Shelter (AWS) and Asian Pacific Institute on Gender-Based Violence (API-GBV) on October 19th in Oakland, California. And after the digital stories were shown, there was a Q&A session where I was a panelist alongside Chic from API-GBV and Orchid from AWS. While we discussed FGC and the broader connection it had to gender-based violence work, two unexpected guests arrived. I didn’t recognize them, but my heart pounded. The man wore a topi on his head, and the woman wore a two-piece ridah. Their clothing informed me they were from the same religious/ethnic community I had grown up in, and I knew they were there to unhinge me.

I tried to push my discomfort aside and listen to the next question asked by an audience member. They asked, “How do you have a conversation and approach the topic when you are coming from outside the practicing community—where people in the FGC community claim ‘cultural relativism’ and that this shouldn’t be judged?” I replied that we must remember FGC crosses all boundaries. Like other forms of gender violence, we can’t let them continue to harm any child—no matter the claims of religion.

Then the man spoke, “What about male circumcision? Where is the gender equality in that?”

His tone was condescending. My pulse quickened. His question confirmed my suspicion that he and his wife had stepped into this library with the intention to disrupt the serenity. Regardless of your personal feelings on male circumcision, this man brought it up to not suggest that male circumcision should be banned as well but to call me a hypocrite and to imply that our stories on FGC were exaggerated. I recognized this from the backlash that had been thrown at me and Sahiyo when we spoke against FGC via social media.

I froze. My co-panelist, Orchid, stepped in to detract the question from me. She highlighted that while there are similarities in terms of age and consent for male circumcision, some of the women who shared their digital stories also depicted the effect it had on their reproductive functions.

The man stared me directly in the eye. “What I wonder then, with these claims of harm, where is the data?” he said. “There are different types: Type 1a, Type 1b, etcetera. But where is the data showing Type 1a is harmful?”

Again, I froze, not because I didn’t know how to respond, but because the couple had set off in me a fear, the sense of dismissal, of disbelief. I wasn’t ready to have to defend myself, particularly, after all these women had shared their stories of FGC on the screen. The couple, having missed the screening entirely, had no regard for them. My other colleague reminded him that harm is subjective as well. If he had been there earlier, he would have heard these women share their experiences.

The man’s wife then said she had undergone FGC and felt no harm and she asserted to the audience member’s earlier question that culture should be taken into consideration. She was in disbelief that we would clump FGC in the same category as domestic violence or sexual assault and say it is a form of gender violence. I felt the tension in my body rising. Not only was she dismissing the survivors’ stories, but she clearly did not understand that violence can come in many shapes—it can be emotional, psychological, or sexual. She made me think of those who simplify domestic violence, stating only the physical injuries – a woman with a black eye. Or a sexual assault – violent, in a bush, always done by a stranger. Yes, these instances happen, but to encourage the dismissal of someone else’s trauma when the harm doesn’t come in those specific shapes and forms does a disservice to us all – it makes us complicit to the dynamics of power and control that are at the root of all violence.

In regard to my own FGC story, I have come to terms with what happened to me as a child. Yet, it is the opposition and their continual dismissal of my story that continues to send me into an emotional upheaval—a combination of fear, sadness, anger, and doubt. This couple reminded me yet again how challenging it is for someone to speak up and share their story of undergoing gender violence. They reminded me that while human rights advocacy is a struggle, we need people to share their stories. Young girls at risk of FGC need our voices to be louder.

When the couple began their defense of FGC, I admit I tensed up, and started to shake. Sometimes, I think people forget that no one is invincible, even activists. Sometimes we cry. Sometimes I cry.

I was frightened when I realized this couple had come specifically to intimidate. At one point the woman alluded to the fact that she knew I was Bohra though she had not seen my digital story nor was I wearing the traditional ridah that she had on. I shuddered and clammed up realizing they were tracking my movements.

After the Q&A was over, Orchid went to speak with the couple to keep them from approaching me, while Chic from API-GBV stayed with me. Many of the other audience members stayed after and formed a protective layer around me. They encircled me to ensure this couple wouldn’t approach me to intimidate me further. I couldn’t believe it. I felt so much love from all these women, some whom were friends, others whom I was meeting for the first time.

Eventually, the man stomped off and his wife followed a minute later.

This first screening of Sahiyo Stories served as a reminder to me that being a human rights advocate and an activist is not easy. It means having to deal with the emotional harm and abuse that is hurled at you constantly for daring to question, challenge, and bring about change. Yet, I do it because I believe in the power of collective storytelling. And I think everyone has a story to tell. We just have to be brave enough to tell it, and hopeful enough that others will be there to listen, to support us, and to believe us. 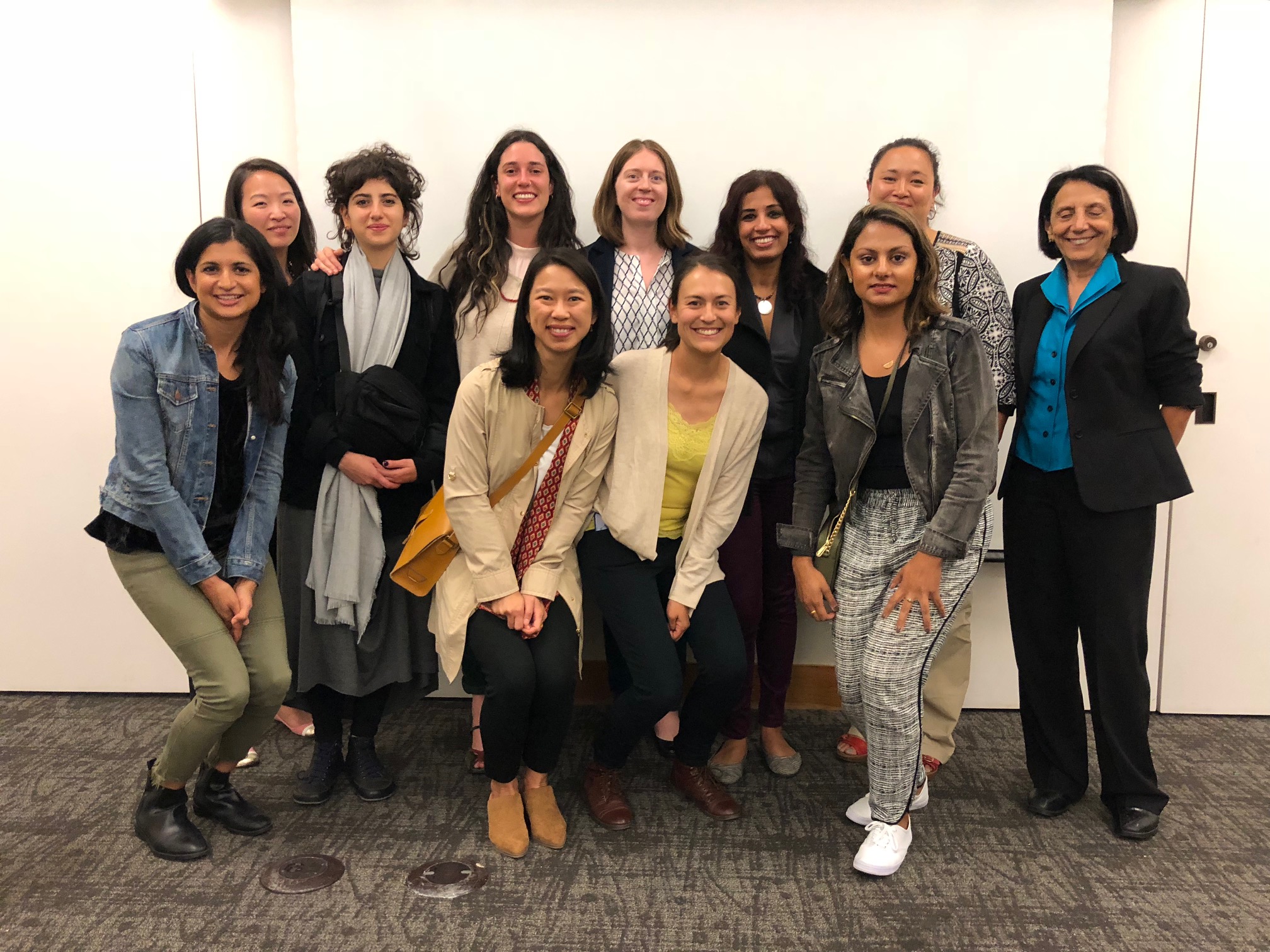 To all the women who stayed with me that night, I want to say thank you for making sure I was okay. I am now. I promise that no matter what, I’ll continue to work to uplift the voices of survivors and to create spaces where they feel safe enough to share their stories to incite change.