All too often, blinded by our own conceptions, we try to turn our backs to the dark, painful things that make us cringe and the misery that may be light years or just inches away. But it is also in the same pain and misery that we sometimes see the greatest amount of hope and joy.

I spent most of my summers in New Delhi, India where despite the eminently noticeable gap between the rich and the poor, both coexist, not peacefully, but indifferently. Large shopping malls shadowing a row of made up tents, gritty slums outlining the edges of heavily congested streets, and beggars and tattered clothed children weaving their way through traffic, knocking on the windows of cars with the hope of selling handmade items for a few rupees.

As long as I could remember, I often find myself looking out the window and into their lives. “Don’t look,” I have often been told, but it is difficult not to, especially when there is so much more beyond the misery and poverty that scares most people away. Because as I have realized over the years, even in these dark places, there are stars of hope and happiness.

A boy sits with his grandfather on a charpoy as they flip through and make up their own stories from a picture book someone else must have left behind.

A group of girls play their own version of “ring around the roses.” Their feet are bare, hair stringy and disheveled from the heat, but at the moment they are having too much fun to care.

A few blocks down the road, a brother gifts his upset younger sister a paper flower.

Whenever I see such things, my heart bursts into flames of light-heartedness, optimism, and inspiration. It is a fire ignited amidst the darkness where most people will not dare look, and even if they do, only see ugliness. But without it, I would be lost, unaware of the true meaning of hope, faith and happiness. After all, with the right ingredients, a fire can start anywhere. 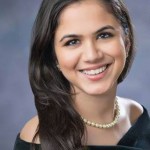 Though Ridhima Sakhuja was born and raised in New Jersey, her exposure and frequent visits to India have deeply connected her to her roots and culture. As an aspiring doctor, she is currently a bio-medical engineering student at Rutgers University. Apart from her interests in writing, she is also a trained Bharatanatyam dancer and an avid reader who is particularly fond of Indian literature.