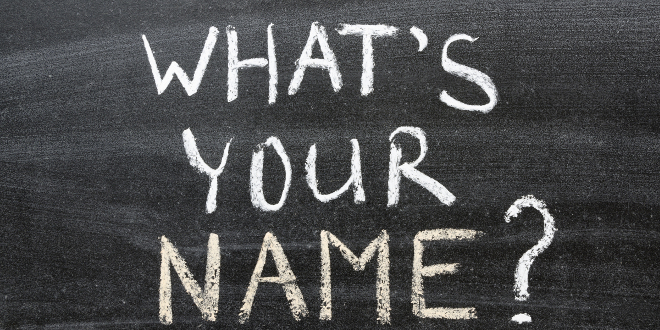 This article was originally published on Avid Scribbler:

A few weeks ago, I had one of the most interesting phone calls of my life, so far (I genuinely mean that by the way), which has made me think about things in my usual fashion. The topic up for discussion was names. Ethnic names, to be exact.

My real name is Chayya. I have been told that it is quite an unusual, but pretty. Names divide people in the same way that Marmite does. When I was in school I was one of a handful of non-white pupils, and my peers had easy-to-pronounce ethnic names like Preeya, Ali and Ravi. Trust my luck to have an extremely ethnic sounding name, which people could not spell correctly let alone pronounce! It quickly became the joke of the playground throughout my school years.

The variations of my name uttered by wagging ignorant non-Indian tongues ranged from: “China!” to “Chicken chow mein” and the thoughtfully put: “Chayya the liar with her head in the forest fire.” Children are mean, let’s face it. I thought that when I grew up, things would change, people would mature and not be so thoughtless. I was sadly mistaken.

A recent report by The Telegraph showed that during  recruitment processes, recruiters were more likely to shortlist candidates with a “white-sounding name” in comparison to those with an “ethnic name.” Now we could speculate here: recruiters go on talent, people throw the race card around too much these days, and we have The Equality Act 2010 etc.

Well, interestingly enough it is worth noting that the majority of CEOs, top TV presenters and politicians are all overwhelmingly white (and male). I think that observation alone speaks for itself. As a result many people of ethnic descent have decided to either Anglicize their names or change them completely.

During the phone call, my friend asked if I would consider Anglicizing my name in a job application. It got me thinking as I am going through that process. The thought of someone chucking my CV in the bin at the sight of my name makes me feel sick.

Naming and what we call things, is how we identify with the world around us. And a name – well that’s how we are labelled/identified by others and ourselves. It’s central to how we view ourselves and when that process is tampered with or altered, it affects us a lot more than we think because it is so personal. It saddens me in this day and age when we supposedly embrace diversity, that many of us feel the need to drastically change ourselves in order to “fit in.”

Don’t get me wrong, I have to bite my tongue when someone does not say my name correctly, misspells it, asks what it means, makes fun of it or urges me to have a nickname that is easier to pronounce. Having an ethnic name is a beautiful thing that needs to be celebrated more. In various mother tongues, our names have such beauty and meanings – why change or alter that? Changing your name is a bit like denying a core part of your existence.