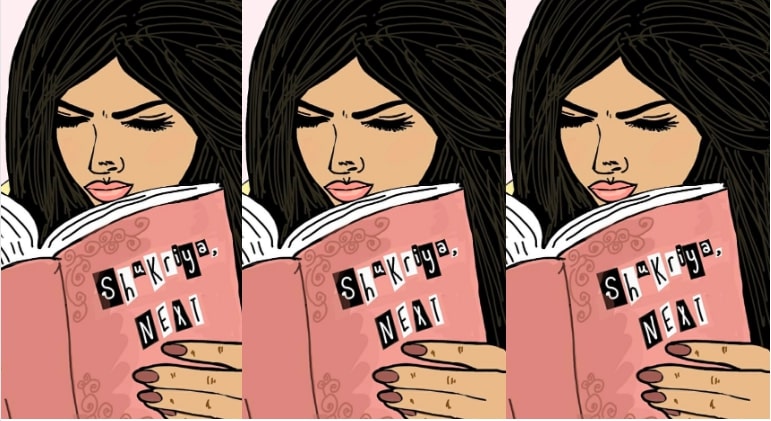 “Please tell me you love to travel,” a random man on a random dating app messaged me, “I’m trying to take someone to xyz country with me.” I flipped quickly through his profile, and this particular person, to his credit, was open and brazen about how much money he made, his penchant for spontaneity and how the ladies dug him. I scrolled down and sure enough, there it was – a tanned shirtless photo of himself, spread-eagle.

It seems to be the pose of choice of a certain brand of white men on so many dating apps these days, an expression of spontaneity. A demonstration that they are, in fact, embracing what the world throws at them with their perfectly chiseled arms and their moderate political views and their painstakingly sculpted six-packs. Typically what the world is throwing at them in those photos is a light beer and a push into the water behind them as they chew the fat of life.

The signifiers of privilege are different today than before. White men own the Teslas and the nice lofts with views of the city, but today they flex on Instagram in very, very different ways. My generation sees obvious flexing as more gauche than before. Instead, the dating profiles begin to look like terrifying carbon copies of the same person – a clone with sunglasses climbing a mountain or jumping off a cliff into blue waters in an exotic location somewhere or posing with an indigenous child. And always, thrown in there, is a photo of them spread-eagle.

Spontaneity is the new Rolex watch. Instead of how we accumulate wealth, we flex with how we spend it, where we go with it, what we do with it. And wealthy these men are – their jobs titles are Director or Technical Program Manager or Attorney at companies in the heart of Silicon Valley. As curated as their profiles are, they do not represent the daily grind of the intense lives they actually live.

[Read More: Traveling is Not a Self-Growth Requirement]

There are many empowering blogs and Instagram pages and Facebook groups about women, people of color, and other minorities—including economic minorities—that layout road maps for how to travel on a budget and safely. Every one of these posts makes me happy and inspires me. But the fact that these resources exist is in itself an indication that traveling when not a wealthy male—especially a wealthy white male—is not straightforward. The white-saviorness of Green Book the motion picture notwithstanding, the actual travel document it alludes to is historical proof that even traveling within America, when not white, has always been fraught. Documents like this say that you can – but you should watch your back. Just to be safe.

Travel for leisure is a privilege, and it always has been. The vast majority of immigrants that come to America’s goals are not to expand our horizons or be spontaneous, although these things are beautiful side-effects of our time here. But the truth is that most of us are here to make it. We’re here to get a better education, find a job that allows us a better life than our parents, and improve our economic status. It is why I see so many South Asian immigrants struggle to match the spontaneity exuded by their white male compatriots on these dating apps. It is simply not how they were raised. And it for damn sure is not how they got to America. It is why we are called immigrants, while wealthy white people who live in former colonies are called expats. Seeing the world is a laudable goal, but it is also a tremendous exercise in privilege.

As a struggling graduate student who could barely make rent, the last thing I had money for was spontaneity that led to expensive vacations to Brazil or Italy. The fact that I needed visas for these trips made it just a little more challenging to be spontaneous. As a brown woman on the smaller side, even today, now that I earn enough to be able to travel, I am cautious. Cautious enough to know how to gently sidestep the large Uber driver’s flirtations in a foreign country so that I don’t end up on the news. Cautious enough to walk in well-lit streets at night in an unfamiliar city. Too cautious to explore parts of my own country without a man with me, signifying protection.

Safety is the purview of every traveler, seasoned or otherwise. But there is a special worry that women, and women of color, carry with them that is difficult to explain to white men that don’t think twice about walking down a dark street at night. It is difficult for any woman from India to shake the gang rape that happened to Nirbhaya, or to reprogram herself out of the terrified conditioning most South Asian parents drill into their daughters. Don’t be too sexy. Don’t dress in clothes that are too revealing. Don’t walk alone at night. Don’t get raped. I wonder, when I flip to the next profile of the next spread-eagle white boy, whether I have the energy to explain the context that has made me who I am. If they will ever get it.

We’re all struggling in our own ways, and I do not begrudge my spread-eagled prospective dates their experiences. And I also know—as they do—that we are all attempting to curate a certain image of ourselves that is artificial and all too fragile. And yet. When I swipe to the next tired profile, there is a part of me that hopes against hope that on this one, the spread-eagle—and all it signifies—would, just for a little bit, disappear.

Rini Majumdar is an artist trapped in a scientist's body. When she isn't playing with cancer cells in a lab, she's figuring out ways to make brown voices louder. She's got hot achaar in her bag.