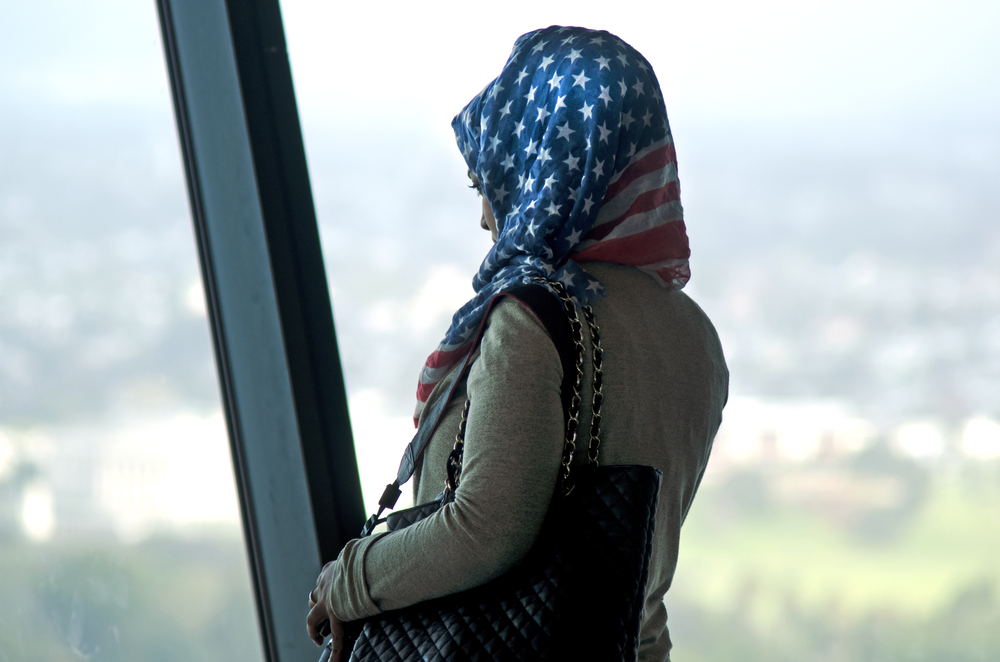 It was a quaint morning of enjoying spring break and the comforts of home when CNN immediately announced they had breaking news. What unfolded in the next hour was baffling. My mother, father, and I heard about the tragic bombing that took place at an airport and metro station in Brussels.

The only thought we were thinking at the time was, “please don’t let it be a Muslim,” but even before they could even find suspects or potential clues, ISIS claimed responsibility for the attacks. The initial shock was grave and unsettling; my stomach turned. San Bernardino was just about to be wiped from our memories, and here was another ISIS-influenced attack.

The ensuing barrage from my parents was even more agonizing:

“Sarah, you really need to stop writing about Islam and politics, especially now.”

“Yeah, you might get attacked by crazy, racist people.”

“How will you get a job if your potential employers see you’re Muslim and write about it?”

If I could roll my eyes any harder, they would’ve fallen out of their sockets. I knew my parents meant well because they’ve experienced Islamophobia and discriminatory practices before. And I knew how it was like to live in the Southeast—where racism and prejudice run amuck.

However, it was unnerving to hear my parents talk about how I had to protect myself by distancing myself from my own religion in order to stay safe. I was told to stop talking to my hijabi friends about politics and Islam. Also, my parents said they want me to stop going to Muslim Student Association (MSA) meetings and wearing MSA t-shirts around campus.

I understood where they were coming from, but, I mean…abandoning those comfy (harmless) t-shirts seemed a bit too much.

It’s hard to believe what I and other Muslim-Americans like me have to deal with every time militant “Muslims” bomb/kill/massacre non-Muslims.

What happens when ISIS use chemical weapons on innocent Shiites in Muslim countries? How often do we hear about “Muslims” killing Muslims? Well, that doesn’t make the big flashy headlines, get millions of page views, start viral hashtags or sell papers.

Or, let’s take for instance the bomb blast that took the city of Lahore in Pakistan by terror on Easter Sunday. According to CNN, a splinter group of the Pakistan Taliban took responsibility (saying they targeted Pakistani Christians) for the attack that killed at least 72 people and injured 341.

Our people get killed by the same militant group that targets the Western world.

So, then why am I urged by Muslims and non-Muslims alike to speak out against Islamophobia every time one of these massacres occurs?

[Read Related: As A Muslim, I’m Done Explaining ISIS To You]

Did all white people have to start speaking for their ethnicity when the Charleston shooter murdered nine innocent members of Emanuel African Methodist Episcopal Church? Do we make all Jewish people condone the Israeli government’s actions every time they decide to bomb Palestinian homes and schools?

Why does America expect its own Muslim citizens to speak on the behalf of every Muslim on this planet each time ISIS claims a bombing? These questions need immediate answers because they affect the climate of religious liberty in America.

I will not apologize for the actions of ISIS in the same way that I do not expect the white people around me to apologize for their ancestors enslaving black people and killing off Native Americans. I will, however, feel remorse and sadness for this tragedy, because I know that on that subway terminal in Brussels, people of all religions and ethnicities were hurt in unimaginable ways.

Regardless of what they believed in and where they were from, human lives were taken from that bombing. These were mothers, fathers, brothers, aunts, grandparents, and friends. Maybe I could’ve lost someone that day. A human loss doesn’t stop at religions and races.

To ask every Muslim to apologize for massacres, like the one in Brussels, and act as if they have no part in the suffering is rather dehumanizing. It completely ignores the fact that non-militant Muslims have also been systemically hurt and oppressed by ISIS.

Thus, I will neither be apologizing for the actions of ISIS, a group of people whose beliefs do not ally with mine nor will I attempt to speak for the billions of Muslims around the world. Moreover, I will never stop speaking about Islamophobia, and hateful sentiments towards other marginalized groups like the trans/genderqueer/nonbinary community and the immigrant/refugees in this world.

I don’t need to hide who I am—a queer Muslim-American woman—and I most certainly don’t need to defend who I am because of a group of militant radicals.