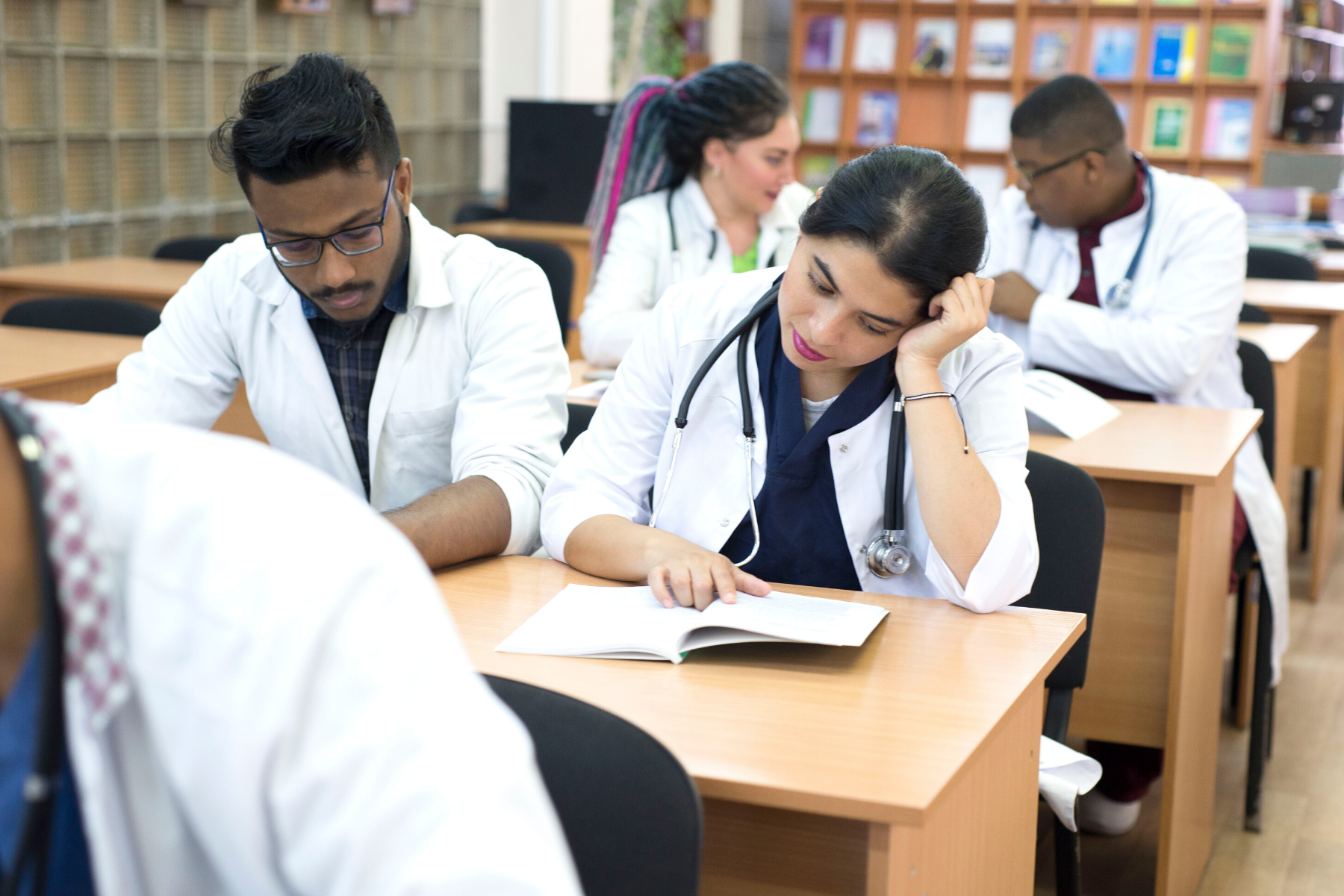 As statues are pulled down, anti-racism chants ring through streets worldwide and the coronavirus pandemic highlights glaring racial inequalities within public health systems, medical students in the UK are also questioning why their educational establishment is so white-centric.

Addressing the lack of diversity in the curriculum is long overdue. It has serious impacts on health outcomes for Black, Asian and minority ethnic (BAME) people. Being BAME is an independent risk factor for COVID-19, according to a report published by Public Health England in mid-June, with BAME healthcare workers dying at alarming rates. This risk exists even after adjusting for factors such as population density, socio-demographic factors and religion.

The report demonstrates how structural and systemic racism within the healthcare system can impact the quality of treatment BAME patients receive and therefore contribute to the health inequalities they face. The lack of consideration of these groups is quite literally a matter of life and death.

As a BAME student in a predominantly white medical school, I see the lack of representation every single day. Our studies involve using a national database of videos, which document patient experiences of illness. As I scrolled through these, hundreds of white faces stared back at me, whereas I could count the number of BAME faces on one hand.

[Read related: ‘You Clap For Me Now’: Will This Video Turn the Tide on How we View U.K. Immigrants?]

Routinely treating ‘white’ as the default erases the experiences of BAME patients, who crucially often present differently. For example, Black African and Black Caribbean ethnic groups are at increased risk of hypertension, which affects one in four adults in England, and require more aggressive treatment.

Medical students are taught predominately how to recognise the disease in white patients, therefore under-preparing them for diagnosing accurately and distinctly between different ethnic groups. For example, we are trained to spot subtle changes that can only really be seen on white skin – a yellow tinge suggests liver disease and a blue tinge suggests cardio-respiratory disease – but these subtleties can go undetected in darker skin tones.

This oversight of representation in education also leaves peoples’ biases unchallenged. Whether unconscious or not, these biases have been proven to exist. US research into ethnicity as a risk factor in emergency departments has shown that doctors are less likely to prescribe pain medication to patients with a broken limb if they are black.

Simply seeing more BAME patients in clinical teaching sessions may help to erase this unconscious bias. Lack of diversity in the curriculum limits how BAME health is viewed and contributes to the segregation of diseases into those that affect whites versus simply all “others.” For example, BAME patients are often mentioned only in the context of infectious and tropical diseases, being consistently seen as exceptions rather than the default, which may contribute to the disparity in healthcare received, as well as outcomes.

It took COVID-19 to finally shine a spotlight on these long-existing inequalities. In the UK, black women are seven times more likely to die during pregnancy compared to white, British-born women. Substandard healthcare provision is a contributing factor, influenced by institutional racism and lack of concern for women from minority backgrounds. Perhaps some of this lack of empathy comes from not seeing more BAME patients in medical school?

The problems extend far beyond the physiological sphere, with seldom discussion of the need for cultural competency in medical education. My single teaching session on diversity this year, which felt more like a box-ticking exercise than anything and only covered the challenges of patients not speaking English. This shocked me, as I know that diversity involves so much more than language. Diversity is culture, religion and community structure, as well as the way institutional and everyday racism, can impact health.

Mental health is another important area lacking conversation about BAME patients, who are found to engage less with mental health services yet are at an increased risk of mental health disorders. Various complex factors contribute to this, including a lack of cultural sensitivity by healthcare workers.

Currently, every medical school in the UK must commit to teaching students a nationally approved curriculum to ensure a set level competency for future doctors. Medical students are currently petitioning to make this curriculum more diverse by calling on the General Medical Council to pass guidance that course material must include ethnically diverse case presentations. This petition has more than 180,000 signatures already.

Until these issues are addressed, medical students can access databases like BrownSkinMatters, which display photos of dermatological conditions seen on BAME skin tones.

BAME people make up around 20% of the UK population, and this erasure of their experiences can no longer be ignored. Our education should reflect the needs of our society and there has never been a better time to challenge it to do so.

Triya is a medical student who writes about BME issues, science, student life and music. She has a YouTube channel where she creates content for both aspiring medical students and K-pop fans. Triya is happiest with a bubble tea in her hand and a juicy show queued up on Netflix.