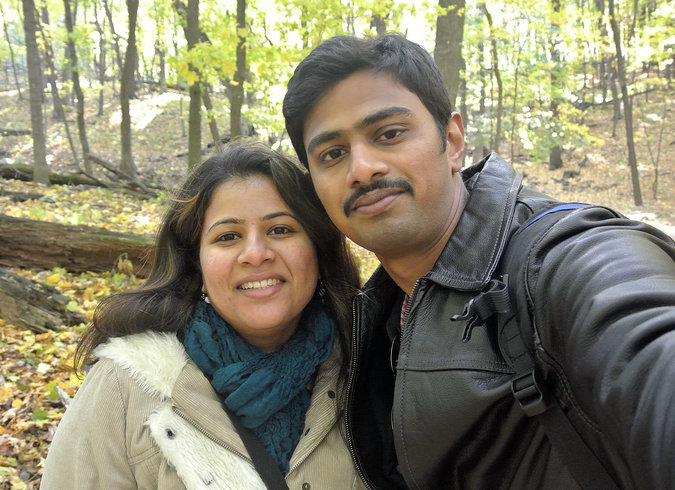 A white American friend of mine recently told me that he was worried about me. At the time, I didn’t understand why—but now I do.

On Wednesday, February 22, 2017, Srinivas Kuchibhotla, an Indian-American man was shot dead while his friend, Alok Madasani, and a bystander were injured at a bar in Olathe, Kansas.

Many media outlets have been reluctant to call the incident a hate crime, even though the shooter, Adam Purinton, 51, allegedly yelled “Get out of my country” before opening fire. To make matters even muddier, the alleged shooter mistook the two Indian-American engineers of Middle Eastern descent.

The entire situation has so many problematic elements, I don’t know where to begin. But one thing is clear: it’s a hate crime, folks. When you think people of a certain skin tone or those who follow a certain belief system have no right to exist, it’s hate. It’s problematic, and we need to call it out.

The victim in question was an Indian-American, or rather someone here as an immigrant from India. That’s right. As an immigrant, he was the victim of a crime, not the perpetrator. This was his home. In fact, this was an act of domestic terrorism. One American killed another American, simply because he didn’t like the color of his skin. When citizens of one country begin killing each other, it’s a problem.

The current rhetoric against Muslims, and specifically those from the Middle East, is divisive and harmful — in more ways than one. It encourages stereotypes. Anyone who looks a certain way, or follows a certain faith is automatically labeled a terrorist.

I hadn’t understood exactly what my friend meant when he said he was doubly concerned about me, among all our other international student friends until this. But I did now — I’m afraid now. Afraid to hang out in public with some of my non-white, Indian, or Middle Eastern friends. I’m afraid to speak to my parents on the phone in public, in our native tongue. I have to carry around identification that labels me as someone who has the legal right to be here. And I have to live in fear, with the constant gnawing tension that someone somewhere hates me enough to think I should cease to exist — simply because of my skin tone.

It’s a sad time in the land of the free when you have to hide the trappings of what you believe, your faith, your culture and your skin color (which is obviously impossible to hide). It’s devasting to think Srinivas most probably wanted to lead a peaceful and successful life, earn a living him and his family could be proud of, but then you’re shot at a bar while having a drink after a work.

And why? Because you have the wrong skin tone.

This was an “act of terror,” make no mistake about that. An act that has terrorized those of us who just happen to look like a lot of people, a small percentage of whom have committed heinous crimes. It’s equally noteworthy that in history, the most heinous of crimes against humanity — genocide even — were not largely committed by people who looked like us, but by people “blessed” enough to be white.

“And much it grieved my heart to think, what man has made of man.” — William Wordsworth