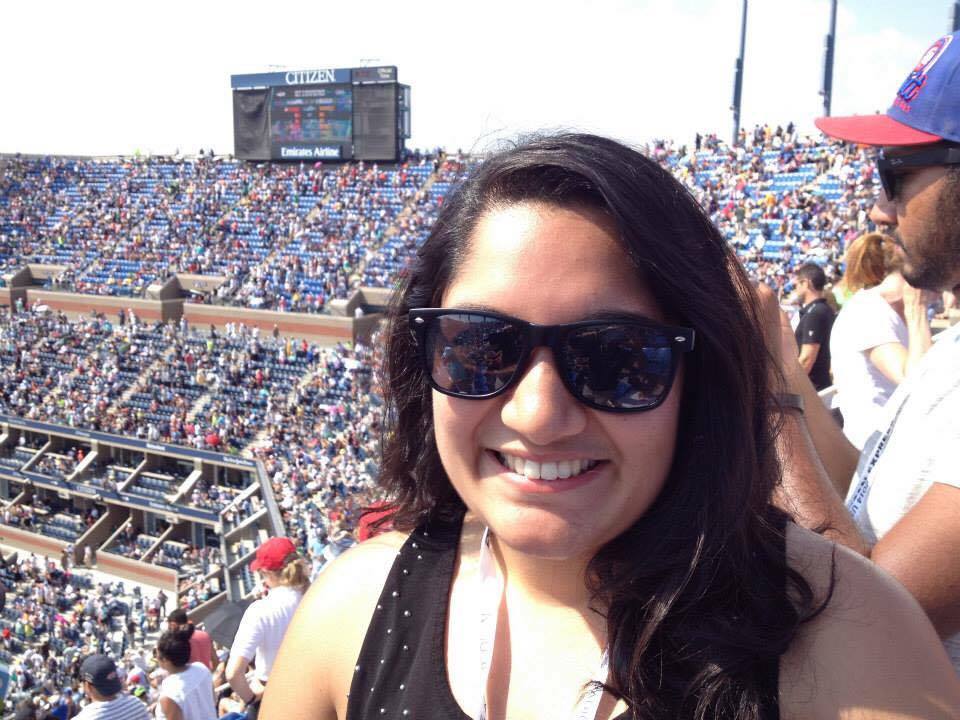 In 2014, I walked into the Billie Jean King National Tennis Center in Flushing Meadows for the first time; approximately 15 years after I fell in love with tennis. I was used to larger stadiums for more prominent sports, but the prestige of attending the U.S. Open still took my breath away.

I was eight years old when I discovered the sport. After trying my hand (and failing) at a variety of other physical activities including gymnastics, soccer, and figure skating, I finally took to the racquet. Every Tuesday and Thursday after school throughout elementary, middle and high school, my mom would drop me off at the local Farmington Tennis Club for my 4 p.m. lesson. I still remember my instructors — Lisa and Clay — who taught me everything about the rhythm of a rally and the swish of a perfectly-struck topspin forehand. In my free time, I would keep up with the different championships and daydream about attending them all one day. I fell so hard for the sport that I even had a subscription to Tennis Magazine the way that many of my peers subscribed to Seventeen.

Unlike many of the other sports I follow, tennis transcends geography — the majors were always an easy talking point with my relatives, whether it was discussing our predictions or convincing them that Serena Williams is the greatest of all time. Many of my summer trips to India coincided with Wimbledon and I’d spend June chasing the schedule in the opposite direction, unaccustomed to being hours ahead of the action. Through those trips, keeping up with tennis became more than just a personal interest; it was one of my few connections with my overseas family.

Tennis is a game of sides, and my family has always been a house divided. Borg vs. McEnroe, Sampras vs. Agassi, Federer vs. Nadal — everyone in the Menon household had an allegiance. My mom’s picks are predictable: she likes the classic, graceful, as-close-to-perfect and constantly number-one-ranked players. My dad, on the other hand, loves the gritty, entertaining bad boys of the sport. During any of the major championships, it becomes mom vs. dad.

My choices are a bit more unorthodox. I championed Andy Roddick for years, drawn to his killer serve and smile. As Roddick’s career began winding down, I threw my support behind Andy Murray, an unpopular opinion at the time that filled the Andy-sized hole in my heart. But latching onto Murray early in his career has provided me the opportunity to watch him grow not only as a player but also as a personality. Not unlike the way that my brother will be a die-hard Detroit sports fan for life, finding Murray at the beginning has made me loyal to the short-fused Brit through good times and bad. While I’ll never forget the heartbreak of his 2012 Wimbledon loss to Federer, the vindication of his win the next year is something I’ll hold onto forever.

[Read Related: What I’ve Learned About Indian Culture While Swimming]

Last year at the Open, I witnessed two of the all-time greats go the distance: Serena was challenged by Bethanie Mattek-Sands in a tough three-setter and Nadal was upset by Fabio Fognini in a 3 hour and 39-minute five-set match. The third-round night matches stretched on into the next morning, and the atmosphere in Arthur Ashe Stadium was electric up to the very end. I was used to seeing it all unfold on my television screen, never understanding how the crowd could chant against the favorite in favor of more tennis when the match was nearing its end. But it’s something entirely different in person; like a child not wanting to observe their bedtime, I didn’t want to go home when it was all over. I’ll never forget it.

I’m making a third trip to the U.S. Open this Labor Day Weekend. I’ll sit in the nose-bleed section of the bleachers, cheering on my favorite players (my fingers and toes are crossed for a Murray match). And even though I’m not on the court, I’ll still pinch myself that my childhood dream of being at the U.S. Open is coming true once again.