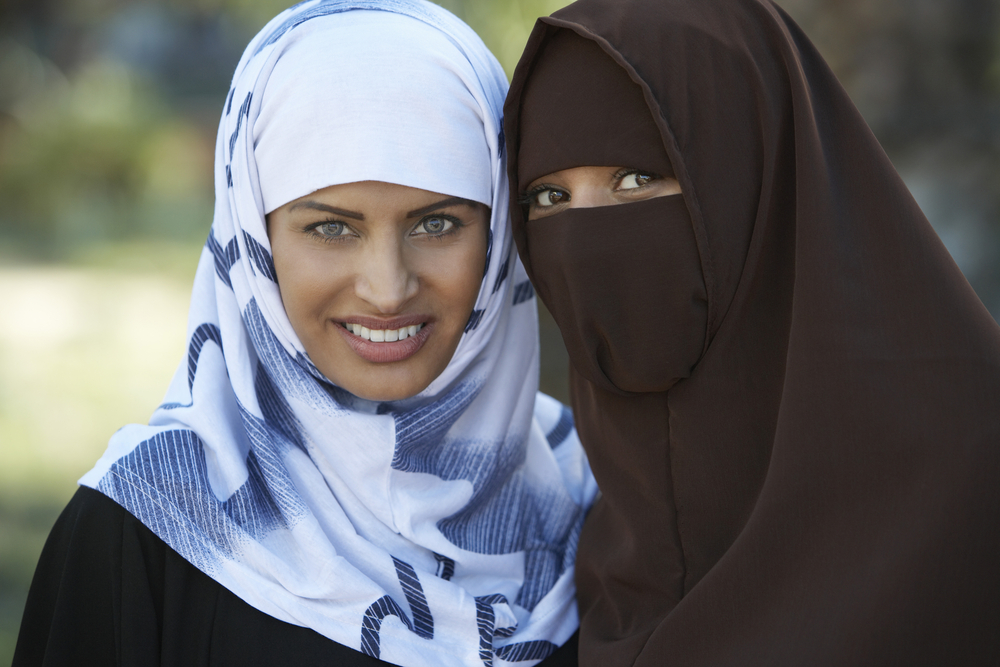 The Complex Relationship Between Non-Muslim Indians and Islamophobia

On September 15, 2001, Balbir Singh Sodhi, a Sikh, was shot and killed outside of his gas station in Mesa, Arizona. The shooter, Frank Roque, said that he ‘wanted to kill a Muslim’ in retribution for the 9/11 terrorist attacks that had occurred just four days prior, but he simply selected Sodhi for the color of his skin and the turban on his head. Roque was sentenced to life in prison for the hate crime.

Almost 14 years later, in February 2015, Sureshbhai Patel, a 57-year-old Hindu man visiting his son in Madison, Alabama, was partially paralyzed after being stopped by a police officer while taking a walk around the neighborhood. Seven months later, a judge declared his case a mistrial.

In the years since 9/11, many Americans have come to react with fear, suspicion, and hate towards Muslim-Americans—or those that they perceive to be Muslim due to the color of their skin. With the rise of the Islamic State and the specter of Islamic terrorism hanging in the air with each presidential debate, this Islamophobia and prejudice towards brown bodies continue to persist, with 63 percent of Americans expressing unfavorable views of Islam and 47 percent of Americans expressing unfavorable views of Muslims in 2015.

Despite the overwhelming diversity of the multilingual, multiethnic, and multiracial Islamic community in the U.S., Muslims in America are constantly forced into narrow definitions of what it means to be a Muslim. Too many Americans think “Muslim” means “brown,” and, subsequently, “brown” is often equated with “terrorist”—a mindset that hurts Muslim-Americans and non-Muslims who are misidentified because they are brown.

However, instead of allying with Muslim-Americans in the face of this Islamophobia, many non-Muslim Indian-Americans remain complacent. Even worse, some non-Muslim Indian-Americans perpetuate Islamophobia. I grew up hearing Islamophobic comments from several elders in my Indian community, though only in the presence of members of our insular group. These comments ranged from mumbled, passive-aggressive insults to outwardly combative statements about the violence and misogyny inherent in Islam and in Muslims themselves. I came of age in a post-9/11 world and hearing these comments from many adults in my community while simultaneously experiencing racism for the color of my skin outside of the home due to the perceived “threat” of my brownness. This duality served as a point of contention between the views of elders in my community and the views I was forming for myself as a young adult growing up in America.

I came of age in a post-9/11 world and hearing these comments from many adults in my community while simultaneously experiencing racism for the color of my skin outside of the home due to the perceived “threat” of my brownness. This duality served as a point of contention between the views of elders in my community and the views I was forming for myself as a young adult growing up in America.

All do not share the prejudices within the Indian-American community towards Muslims, and not all Indian-Americans are Islamophobic. However, a general undercurrent of hostility towards Muslims amongst some older members of the non-Muslim Indian community can be traced back to the events that accompanied the independence of both India and Pakistan—namely, the partition of the subcontinent. The political tensions between India and Pakistan are well documented, as are the tensions between Hindus and Muslims within India following partition. These tensions, exacerbated by centuries of British colonial rule, have resulted in deep prejudice towards Muslims, and these prejudices came with the Indians who immigrated to the United States. The result is a complicated relationship between non-Muslim Indian-Americans and Islamophobia, located at the juxtaposition between race, religion, and postcolonial traumas.

The Consequences of the Partition Post-British Rule

After over three centuries of colonial rule, India received its freedom at midnight on August 15, 1947. However, this freedom came at a price: India was split into two parts, creating the modern-day boundaries of India and Pakistan (as well as what would later come to be Bangladesh). The lines were drawn hastily and arbitrarily along religious lines, with many Hindus and Muslims finding themselves on the wrong side of the line.

Partition was gory and tumultuous, splitting towns and families that lived on a border that was carelessly demarcated. Between 200,000 and 600,000 people were killed in the riots that ensued between Hindus and Muslims in Punjab, the province that was split in half to create the western India-Pakistan border. More than 14 million Hindus, Muslims, and Sikhs were displaced in the chaos that ensued, creating the largest mass migration in human history. As a result, the landscape of South Asia was forever changed. Karachi, the original capital of Pakistan, was 43 percent Hindu in 1941, while Delhi, the capital of India, was one-third Muslim. Ten years later, almost all of the Muslims in Delhi had been forced out, while almost all of the Hindus fled Karachi.

In the almost 69 years since partition, India continues to be plagued by Hindu-Muslim tensions. These tensions have manifested themselves in the 1969 Gujarat riots, the ethnic cleansing of Kashmiri Hindus in the disputed territory of Jammu and Kashmir, the destruction of the Babri Mosque by Hindus in 1992, and the 2002 Gujarat riots. These riots have often led to ghettoized communities, with subsequent generations of Hindus and Muslims growing further apart, in separate schools, and separate neighborhoods. However, in the rest of India where riots are not commonplace, Hindus and Muslims continue to watch the same movies, speak the same language, and celebrate the same festivals, together.

Both India and Pakistan have their own narratives for the events that led to partition that, though they may contain the same historical events, are fraught with subjective interpretations that reinforce mutually-hostile opinions of both nations. As Krishna Kumar says in Prejudice and Pride, “A sense of self-protection and escape is embedded in the Pakistani master narrative; a failure to subvert a conspiracy is embedded in the Indian master narrative,” and these master narratives are perpetuated through the Indian and Pakistani education systems. He notes that these systems discourage independent thinking in favor of collective expression, and students in the Indian education system have been conditioned to view Pakistan as the “enemy.” As these students grew up in the immediate aftermath of partition, these views solidified and were carried along with them when immigrating to America.

The Generational and Spatial Divide

There is progress with these tensions in India today among the younger generation. In Prejudice and Pride, Kumar collects information from the essays of children in both India and Pakistan on the partition. These essays show a diverse, complex, and nuanced understanding of partition, and provide evidence that the younger generation in India is challenging the dominant narrative of the animosity between India and Pakistan. This shifting mindset in India today is evidenced in the media as well, an example being a viral Google commercial that connected two old friends separated by the partition.

But immigration creates a time warp, where the homeland remains static in the state that it was left. As a result, there is a generational and a spatial divide with Hindu-Muslim tensions in the Indian-American community. For members of the older generation, who came to America 20 years ago in adulthood, this deeply Islamophobic mindset results from centuries of colonial tensions perpetuated by socialization. However, as non-Muslim Indian-American millennials, who either were born and raised in the U.S. or came to the U.S. at a young age, we were geographically removed from the direct consequences of British colonialism and the partition of India, but were raised with the attitudes and mindsets that it fostered. I, and many others, learned very early on that the comments made by older members of our families and communities were taboo in public discourse. As we grew older in a diverse society and began to question the things we saw as children, we realized that these comments were more than just “taboo” or “politically incorrect”—they were wrong.

Understanding the source of this Islamophobia doesn’t justify it, but it does reinforce the difficulties of changing this mindset – and many people, including myself, became complacent. We ignored the dinner table conversations; we clenched our fists and bit our lips and stayed silent in the face of Islamophobia in our own homes, and we gave up trying to change people’s minds.

The 2016 Presidential Election and Allyship Towards our Muslim-American Peers

As the 2016 presidential primaries continue, it has become apparent that we will likely see a GOP presidential candidate who actively seeks to ban Muslims from our country and has consistently made Islamophobic comments. While political commentators treat Trump’s bigotry as something that only appeals to uneducated and conservative voters, it is clear that his prejudiced beliefs towards Muslims can be seen across party lines. With each state that Trump wins, I become increasingly horrified by members of the Indian-American community espousing similarly Islamophobic views, despite their overwhelmingly liberal views on other matters. While I understand the postcolonial traumas that have fostered and maintained the animosity between non-Muslim and Muslim Indians back in India, it does not justify perpetuating the same prejudices we see towards Muslim-Americans today. It also doesn’t justify complacency with these prejudices.

There were times growing up when I responded to Islamophobic comments with repeated reassurances that I am, in fact, not Muslim, as if I was insulted by the simple misidentification of my religious background. However, the problem with non-Muslim Indian-Americans experiencing Islamophobia is not the misidentification of a Muslim person – it’s the Islamophobia itself. I had repeatedly tried to separate myself from the Muslim population instead of supporting my Muslim-American peers experiencing prejudice – and as the vitriol towards Muslim-Americans escalates throughout the 2016 presidential election, our peers deserve our support and allyship more than ever.

Can we change the mindsets of everyone in the Indian-American community? No – and I’d be surprised if we changed more than even a handful of minds. I also don’t think that confrontations at the dinner table, at religious ceremonies, or at parties are constructive ways of addressing Islamophobia in our community. But even if we continue to clench our fists and bite our lips and stay silent at the dinner table, there are still constructive steps that we can take as individuals to be allies and support our Muslim-American peers.

We can open a dialogue amongst second-generation Indian-Americans—both Muslim and non-Muslim. We can reach out to our Muslim peers, listen to their experiences without judgment, and stand by them when they experience unwarranted prejudice. If we can take these small steps towards allyship, we will begin to break down the complex dynamics of religion and race that perpetuate a demonized, monolithic image of the Islamic community.