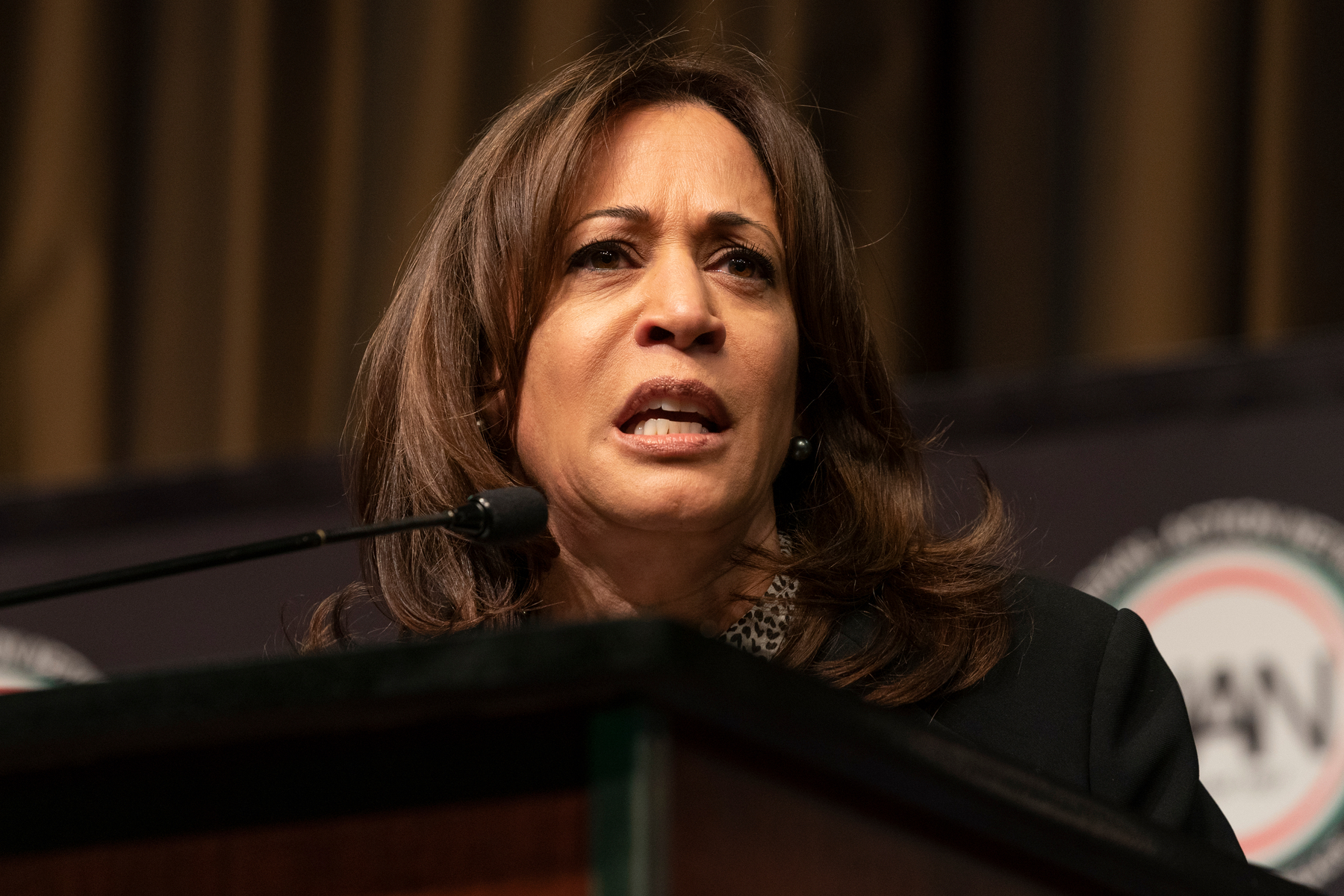 Former Vice President Biden’s announcement of choosing Sen. Kamala Harris as his running mate has brought a lot of favourable coverage to the campaign. She is the first Black woman, first Indian woman, and the first woman of color in history to be on the U.S. presidential ticket. If former Vice President Biden wins the bid on Nov. 3, Harris will be the first woman to be the second-in-command to the president. While this checks off a lot of boxes for the Biden campaign in terms of representation politics, will her identity as a half-Black, half-Indian woman benefit the communities she comes from given her “top cop” reputation?

Over the summer, Sen. Harris has been very vocal about the protests that emerged after the murder of George Floyd. She condemned the murders of both Floyd and Breonna Taylor and showed frustration when the officers were not charged in Taylor’s shooting. In 2014, when she was the Attorney General of California, Ezzel Ford, an unarmed 24-year-old Black man who had a history of mental illness, was fatally shot by the police in Los Angeles. Even when no charges were brought by the District Attorney, Harris refused to intervene, despite having the authority to bring the victim to justice.

In June of this year, she worked closely with the House of Representatives on legislation to create a national police registry, impose a ban on chokeholds, restrict access to military-grade weapons for police departments and amended language of the law to ensure that lynching becomes a federal crime. She also argued against Senator Rand Paul on the Senate floor to help pass the anti-lynching bill.

However, when she was in the position to enforce such laws as the Attorney General of California, she did not endorse Assembly Bill 86, which would have mandated the independent investigation of police officers involved in deadly shootings, claiming that authority should not be taken away from local district attorneys. She did not revise her stance on this issue until 2019 when she was running for President. In a complete turnaround, during her interview with The New York Times in June this year, she claimed that her past experience as State’s Attorney General has taught her that the prosecutor will be biased if they are investigating the officer they work with every day.

Sen. Harris also declined to support other similar laws while serving as the District Attorney and later as California Attorney General. One required police officers to wear body cameras at all times. Even though the body camera legislation was designed by her and was already a requirement for special agents working directly for her, she disagreed with mandating it for the entire law enforcement team statewide, citing the drawbacks of a “one-size-fits-all” approach. Similarly, Harris never took a position on the bill that mandated police officers to record the race of every person they stopped. It was not until then-governor Jerry Brown signed it into law in 2015 that Harris enforced it, but that has not stopped her from taking credit for it.

One of the major successes highlighted by Sen. Harris throughout her campaign for President and later, for Vice President, has been her endeavours to reduce recidivism, more specifically, her “Back on Track” program. It was designed to keep criminals with low-level offenses out of prison if they went to school or kept a job. However, in 2009, two years after the program’s launch, the Department of Justice reported that recidivism among the participants of this program only decreased by less than 10 percent. Moreover, despite such measures being taken by Harris’ office, the Supreme Court in 2011 found that California’s prison overcrowding constituted “cruel and unusual punishment.” The conditions were so severe that it had caused “needless suffering and death.”

In addition, there is another controversy surrounding Harris’ time in office: keeping an innocent man in prison. In 1998, Larson was wrongfully convicted of felony possession of a deadly weapon because of the complacency of his attorney. However, when Larson filed an appeal for his conviction, he was well past the deadline. In 2010, the year Harris was elected Attorney General, California was ordered to either release him or retry his case within 90 days. Her office, instead of releasing the wrongfully-convicted man, fought to block his release, citing procedural issues about Larson’s missed deadline to file an appeal. It was not until two years later that the Ninth Circuit Court of Appeals ordered his release.

Larson’s agony does not end here. Even though Harris’ office had to accept defeat in the Ninth Circuit, they did not relent. When Larson applied for a recommendation from the AG’s office in order to earn compensation for wrongful imprisonment, it suggested the board decline his request. To this day, Larson has not received any compensation for wrongfully serving 14 years in jail. Not only did Harris fight to keep a man in prison despite proof of innocence, but she also blocked compensation that would have helped Larson get his life back on track.

Apart from “Back on Track,” another major initiative during Harris’ tenure as District Attorney was the anti-truancy campaign. Under this law passed in 2010, parents of students who have higher rates of truancy could be subjected to one year in prison, a fine of up to $2,000, or both. Harris claimed that this was done in order to break the chain of children who don’t receive education and end up being either the victims or the perpetrators of crimes. However, advocates have greatly criticized this initiative, arguing that such initiatives aggravate the issue of the school-to-prison pipeline and that such punishment-based approaches do not help to fix the truancy issue. Moreover, Harris’ plan directly targeted historically Black and Latinx neighbourhoods, disproportionately affecting poor students of color.

Now, as the vice-presidential nominee for the Democratic party, Sen. Harris plans to “reimagine what public safety looks like.” While she claims it’s not practical to remove the police force altogether, she says “putting more police on the streets creates more public safety” is status-quo thinking that needs to be revisited. As opposed to the anti-truancy plan she implemented during her tenure as District Attorney, she now plans to fund public schools instead of allotting almost one-third of major cities’ budget on policing.

Even though having a woman of color on a presidential ticket in the country is a step in the right direction, representation politics should not be an end-all for any major party in the country. While it is possible for candidates to evolve and change their policies and platforms with time, Harris is yet to issue any statement regarding her past, unlike Biden, who expressed regret over his 1994 crime bill during the recent presidential debate. Thus, it becomes important to recognize that even though Harris’ platform during her own presidential campaign and now with Biden is progressive, her 17-year record in office should not go unnoticed.