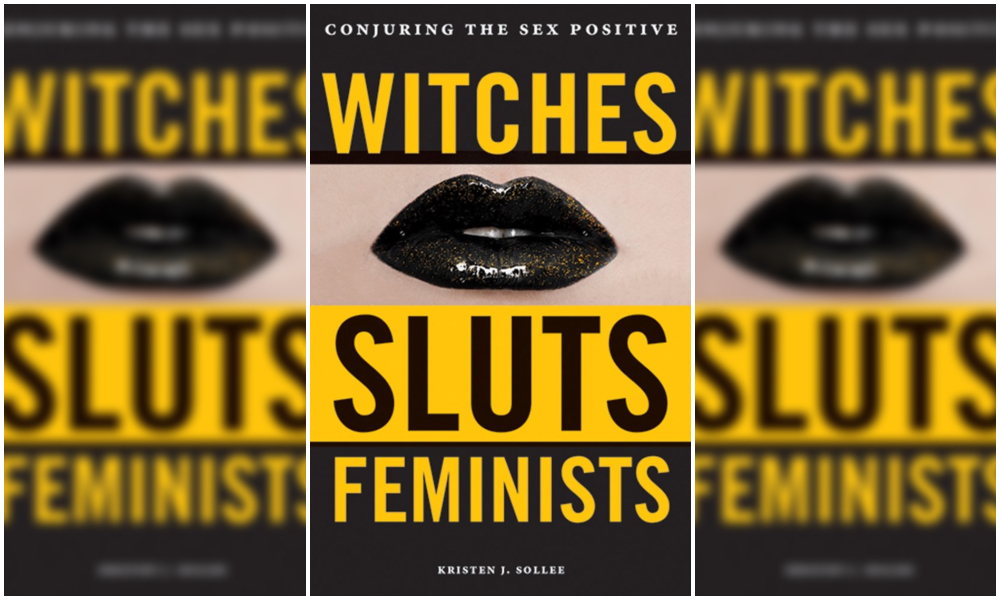 With Halloween having just passed a month ago, witch hunts and femininity are still on my mind. In her recent book “Witches, Sluts, and Feminists: Conjuring the Sex Positive,” Kristen J. Sollee discusses the challenges posed by “misinformation and demonization as consistent threads in the history of women’s sexual and reproductive health.” While the book begins its exploration in history, I found it all too relevant to the present day struggles of women starting with agency, choice, patriarchy and representation.

Who is a Witch?

The term “witch” is used to vilify women—particularly those who are economically, socially, sexually or politically powerful. In other words, she is a woman who does not comply with patriarchal norms. The concept of a witch is not easy to define and throughout time, it has had multiple meanings. According to the Merriam Webster dictionary, a witch is one who is “an adherent of Wicca” or “credited with usually malignant supernatural powers” or “an ugly old woman or a hag.” These meanings, according to Sollee, are largely derived from how the witch was characterized during an era of witch-hunting. Her aesthetics were tied to that of an aging woman and the pagan religious movement.

What does Witchery Mean for Feminism?

When women come together to form communities, they build solidarity with one another. “Witches gathering deep in the woods conjuring mayhem” inspired fear and was spread to reduce dissent. Men in medieval and modern Europe considered this gathering of women to be unholy and were concerned that they did not need the company of men. As bell hooks, whom Sollee cites throughout her book, says, “Women gained strength to challenge the patriarchal forces at work and home.” Feminists and activists could form ideas and share them in a communal dialogue to challenge workplace harassment, child rearmament and more.

Sollee points out that following the women’s march, witches formed groups such as “Witches for Black Lives” or “Hex The Patriarchy” for women’s rights and social justice. Sollee believes that the witch is having a moment now, particularly as a powerful figure transcending patriarchal hegemonic influence.

Feminist movements globally have always centered around Western, white and colonial models. Sollee takes a brief step outside Western models to discuss women that are still being accused of witchery in Ghana, Tanzania, New Guinea, and India. Sollee does briefly touch upon Birubala Rabha, an Assamese crusader against witch-hunting, about whom I would have loved to learn more. The now 69-year-old has saved a number of women in Assam, India, from witch hunting and various other sexist superstitions.

In India, rumors have overlapped with superstition to lead to vigilantism and murder. Between 2000 and 2012, more than 2,000 people were accused and killed of witchcraft, according to Ashwaq Masoodi. He writes in “Mint,” “witch hunting is now becoming common among Dalits and other minority communities.” The causes often stem from superstitions such as casting an evil eye leading to dead cattle, bad yields of crops or a famine or illness that year.

Witch hunting also occurs for a more mundane reason: land and property disputes. Women who are single or widows and own land are undermined and often killed due to gender conflicts over property.

While all women aren’t into witchery, reclaiming the term has made it lose its pejorative connotation and has opened doors to a variety of empowering meanings. The crux of Sollee’s arguments for witchery is that “witchcraft is not merely a solitary practice.” When women or witches organize to hex or heal, they collectively fight racism, xenophobia, homophobia, transphobia, ableism and more. She and I believe that this sense of community built around women is what makes witchcraft powerful.

Ragini is passionate about social justice and storytelling. When she's not playing soccer or rock climbing, she tries to explain the world to herself and others, through her art, videos and writing.