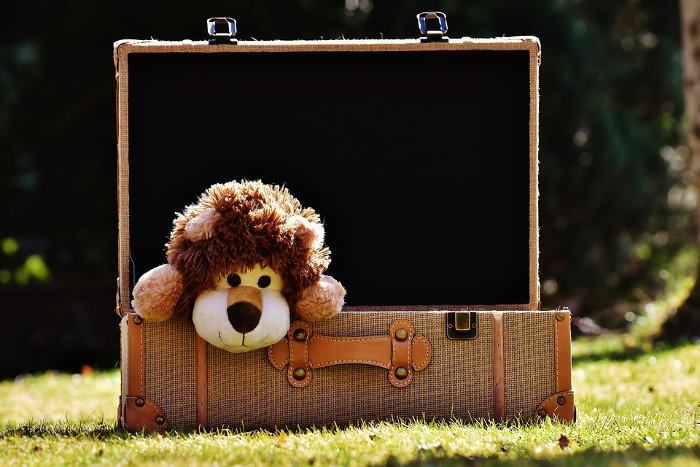 “Take a night flight,” they said. “It’ll be so much easier. The kids will sleep through,” I was told!

We were off to Dubai. A fun family holiday for four — me, my husband and two toddlers under the age of three. We’d booked it months ago and the highly anticipated trip was finally here. For most, it takes a day to pack for a week’s holiday. For me, it takes a week and I pack for the apocalypse.

We arrived at the airport already tired from the day we just had. We’d booked a night flight in the hope the children might actually sleep. With my youngest boy strapped to me in the baby carrier, my eldest son in the pushchair, and my husband pushing the luggage, off we headed to check in.

The lady behind the check-in desk seemed horrified and almost sympathetic to what we were about to embark on with our grumpy little ones. My husband, on the other hand, couldn’t wait to get his hands on a beer. Me? I was giddy with excitement that an adult was actually communicating with me about things totally unrelated to babies.

I had forgotten about this world. The glitzy world with welcoming airport staff wearing perfect makeup who never seem to break a sweat over anything. I always wanted to be a flight attendant —  flying the world and smiling all day long. But I never gained those extra inches in height. Short girl problems! Probably for the best because it’s more sweat than makeup I’m sporting nowadays.

The next stage was security. Oh, Lord!  Every single thing was scanned — baby’s bottles, baby’s food packets, baby’s medicine, blah blah! All whilst dragging a reluctant toddler who refuses to walk through the security barrier and a baby that thinks now is a good time to pull a chunk out of mummy’s hair. Painful! All of it!

When we boarded the flight my youngest became the airline mascot — as everyone entered he was there to greet them with his toothy smile and waving an arm.

I have to agree, he did look very cute and adorable. And for a cheery baby, that was way past his bedtime.

My eldest was in awe of the plane and very well behaved whilst he took all of it in. It really is a beauty watching the world through a toddler’s eyes. They don’t lie. They speak their mind. They just soak it all up and ask, “What’s that mummy?” every two minutes. As much as I despise the terrible twos, I love that we can see straight into their souls at this age.

The first two hours of the journey were the most challenging. We had some fellow baby travelers near us and when one baby started crying the other started in a domino effect. It was almost melodious (okay, I lie—not really). My eldest was out for the count as soon as we took off so that made things easier. We requested a bassinet for the wriggly one which he assumed was a diving board and launched himself off it over and over again.

If you see yourself as Channel 4’s daredevil Anneka Rice and like a challenge, I recommend you attempt eating an in-flight meal on a foldout table whilst wrestling a baby to sleep. Thankfully, my husband was manning our sleeping angel of a toddler ensuring he was comfortable and warm. By the end of the holiday, they were labeled as “your one” and “my one.” It became complicated when “your one” and “my one” wanted mummy simultaneously, though.

When the baby finally slept it was sheer joy. I felt accomplished. I felt invincible. I ate. I stood up. I ordered wine. Just as it arrived he woke from his first sleep cycle. And then he continued to wake unsettled after every sleep cycle. As I sipped my wine and shushed my little one I caught a little glimpse of some in-flight entertainment. It was so good that I don’t remember it.

As soon as breakfast was served, I was ready to jump off the plane. I looked at my husband all bleary-eyed and beaten by the journey. Neither of us had slept. We exchanged a look that shared so many words, something along the lines of, “So whose idea was this then? Yours or mine?” That’s what I understood from that look anyhow. He was probably thinking, “Shall I get the chicken or fish for my meal?”

The honest truth is, traveling with two kids under three years old is tough. But they make up for the tough by being super cute. That smile when they wake up in a sweaty mess from sleeping on your chest is just heart melting. They even make others smile just by being cute. The number of times a flight attendant would walk past and steal one of my kids for a cuddle was crazy. It meant I could use the toilet that many times. A miracle!

My advice to those out there contemplating this mammoth task is: drink wine and pack your sense of humour else it could be ugly. Really ugly. When you’ve paid for your infant to sit on your lap on a flight for seven hours and there’s nowhere to hide, be brave. Be a mother!