Scrolling through my social media news feed, my thumb swiped upwards then abruptly downwards when I read Gawker’s headline “Practicing Islam in Short Shorts.” Since that first click, I have read Thanaa El-Naggar’s article several times because it has made me reflect on my experience, not just as a Muslim woman, but also as an person and a woman.

Unlike other reactions written regarding El-Naggar’s post, the purpose of this article is neither to validate nor invalidate how an individual chooses to interpret his/her private relationship with God. I’d like to shift the attention towards the readers who are voiceless and whom this article has left an impression upon.

It appears that both sides are missing the mark when it comes to understanding the result of El-Naggar’s viewpoint. It is not a question of whether she is practicing Islam according to the prescribed guidelines because she writes openly about how she chooses to practice non-normative Islam. This is encapsulated in the title of her article as well as in her statement,

“Nothing in my outward appearance speaks to or represents the beliefs I carry…I drink whiskey and smoke weed regularly.”

Throughout her article, El-Naggar admits that she understands her interpretation of Islam breaks from its accepted teachings. Her perspective emphasizes more so on the spirituality of Islam, as opposed to embracing Islam as a lifestyle. Because El-Naggar speaks of drinking alcohol, it is presumed that she is of age. Unfortunately, the drawback to that is that many underage Muslim girls have read and will read her article. Young girls who are struggling with peer pressure on a daily basis or those who confront bullying at school because they cover their legs and arms during hot summer days. Dealing with the repeated condescending question, “Aren’t you hot?” or “Why do you always wear pants?”

A conversation along these lines can deflate the self-confidence of a girl trying to practice her beliefs or trying to figure out if her faith is worth holding onto. As a young teenager in the U.S., girls are looking for a way to get in with the popular crowd and this often means abandoning certain principles not valued or understood by their peers.

The use of alcohol and recreational marijuana is not encouraged in most religions. Regardless of a person’s faith, as a professional working in the field of mental health specifically with youth, I have met many patients who have made regrettable decisions because they were under the influence of alcohol and/or drugs. Unwanted pregnancies, sexual assault, and abortion are just a few of the ramifications that can result from an environment of alcohol and drug abuse.

Yes, some people can hold their liquor or know their limits regarding recreational drugs and perhaps El-Naggar would classify herself as one of them. However, there are many other young women – Muslim and non-Muslim – who experiment at a young age unaware of the repercussions. Once they are pulled into such a lifestyle, it is difficult to break away.

Perhaps the phrase “I’m Muslim” is the only deterrent a girl uses if someone offers her a drink, drugs, or sex. If after reading El-Naggar’s article, an underage girl deduces that the phrase is flexible and open to interpretation, then it would be difficult for her to avoid participating in any of those three activities. Personally speaking, my faith has been the only thing preventing me from making certain decisions – so it is not a question of whether or not a certain class of women face peer pressure, we all do, regardless of gender or religion.

Also, it is difficult to discuss the issue of modesty and how we interpret that for ourselves. Frankly, it is very easy as a Muslim woman to give in to wearing short shorts and tank-tops. Modesty can be relative and there are varying degrees. Often the hassle of finding modest clothing can drive a woman to wear shorts and other revealing clothes which are much easier to shop for based on accessibility alone. Couple that with gaining the attention and approval of young men (Muslim and non-Muslim), a girl can quickly alter her image to fit the norm.

Again, perhaps El-Naggar has cemented her identity so she understands her self-worth whether she is wearing shorts and a T-shirt or an abayya. Conversely, it is important to consider that there is a large chunk of audience, who will have yet another source defining a woman’s self-worth by a lack of modesty: a message girls are bombarded with already.

El-Naggar admits that even her parents are unaware of her choice to dress in short shorts and partake in activities she admits are outside the parameters of Islamic guidelines. Clearly, she is not completely comfortable with the way she chooses to express how she practices Islam, which is why it is important to examine what it means to share a perspective without carefully considering those it may impact.

As a woman in my 20s, I still struggle with certain choices and mistakes that I am solely responsible for, but knowing I have my faith does placate some of my current worries about life. My purpose is not to debate whether El-Naggar is practicing the “correct” version of Islam; she is a mature woman capable of making informed decisions based on her own experiences. For women who have collected enough experiences to understand who they are and how to function according to their will in their surrounding world, it is easy to consider this as just another article without it impacting life choices. However, what is worth discussing is the influence her personal experience may have on a girl who is seriously struggling to relate to an identity that is already dubbed strange. For those young readers who aren’t thinking critically and already struggling to grasp onto their faith, the views expressed by El-Naggar pour water on an already wet bar of soap – making it easier for the option of Islam as a lifestyle to slip away. 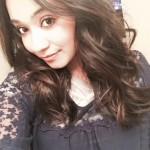 Hira Uddin currently works as a Qualified Mental Health Professional in Texas. She is a featured blogger at Muslimgirl.net and her contributions have been published on The Dean’s Report, The Muslimah Speaks: Her Voice, Her Spirit, Bravura Magazine, and Ummid.com.