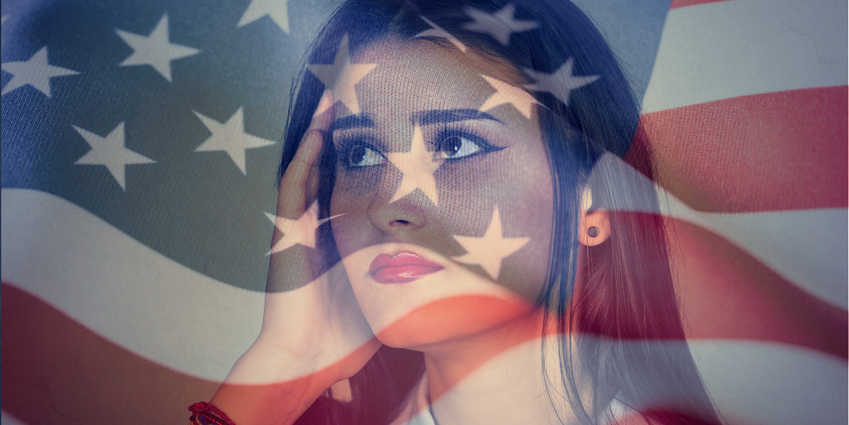 I remember my last heartbreak. The moment I realized it was over. How I went home that night stunned, wondering how he couldn’t see just how much pain he had caused me.

I stayed up all night, being unable to fall into sleep’s hazy mist, my mind scattered, panic rising in my chest as I laid there in the dark, eyes wide open, contemplating how my life would be as I moved forward. I put my phone on silent and turned it upside down so that the blue light from my cell phone’s screen would not tempt me to pick it up. I needed to be still.

I write this all down because that last heartbreak feels so similar to the feeling in my chest and mind now.  Donald Trump became our President-elect and no it is not a joke from a Simpson’s episode. It really did happen. And now he too will never understand the despair he just bestowed upon me.

Our country was on the verge of progress, the first woman president, Hillary Clinton, was to shatter that highest of glass ceilings. I, like so many others, was elated with the prospect. We said phrases like, “Finally,” and “It’s about time.” On Election Day, I was on the highest of highs. I wore a blazer and a set of fake pearls in honor of Hillary and set out to do my civic duty and vote. I joined friends in the evening to continue our celebration of hope and progress. There were tiny butterflies fluttering in my stomach, it felt like a first date I had long been waiting for.

As election night went on and states’ polls closed, the electoral college map filled in with red instead of blue, and those butterflies of mine began changing, turning into wasps. I went home around midnight sensing it was over. But again, I could not sleep. I stayed awake, trying to stay away from my phone and the news. I wanted to fall asleep and wake up believing that what I had experienced was a nightmare, that our nation couldn’t possibly elect a man who has stirred up so much hatred.

I’ve never had an election affect me as emotionally as this one has.
I woke up realizing that I now lived in an America where despite being a bigot, racist, misogynist, homophobe, xenophobic, danger to the environment, you could still get elected to the U.S. Presidency.

I woke up to the reality that I am very much a child of Muslim American Immigrants, and that the Islamophobia that Donald Trump has expressed throughout his entire election campaign, could very well put my family in danger.

I grieved. I am still grieving. I don’t know how long the nation’s mourning period will last. But if my previous heartaches have taught me anything, they have taught me this: Life does move forward. The hurt might never be forgotten, but the pain will subside. In time, we will all heal. We will learn from our past mistakes, and we will embrace the future with hope. If nothing else, this election heartbreak has reminded me that I am stubborn. That there are many people out there who are as equally stubborn. That grief, though it might feel crippling, does not define us, it only proves that we are compassionate beings.

This election has taught us that our nation truly is divided. That there are many voices out there who feel unheard and underappreciated. That we must find a way to better communicate with one another across race, ethnicity, religion, gender, economic levels, education levels and geographic boundaries. That for our nation to have a healthy, successful, long-term relationship with its constituents, we have to listen to one another and work together.

For today, I will grieve. For tomorrow, I will hope to heal. I will hope for our nation to heal.