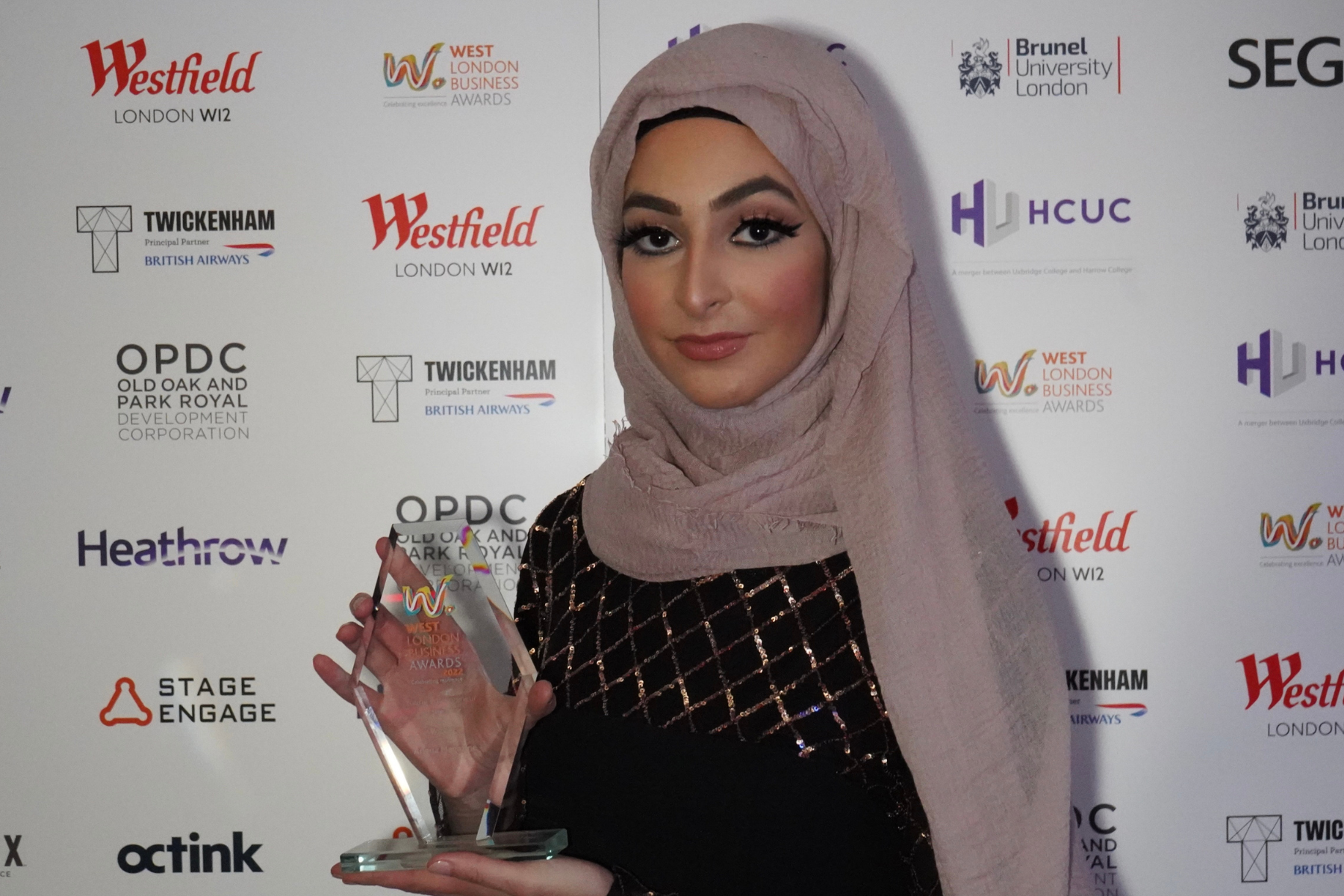 I studied journalism to delve into storytelling and give others a voice. What I didn’t anticipate, was the mainstream media bias, promoting certain agendas and narratives that can portray groups of people in ways that cause hysteria and fear.

Muslims experienced this in the wake of 9/11, with the Middle East painted as a hostile region and a breeding ground for terrorists. But that’s far from the truth.

Undoing the damage mainstream media has done is no easy feat but London-based journalist Ariana Abawe has been on a mission to dispel what people think they know about her native Afghanistan by starting Ariana Magazine, which places Afghans at the forefront, showcasing the country’s culture and talent.

Launched by Abawe just a month after graduating from Brunel University, the magazine donates 10% of proceeds from each copy to provide essential food packs supporting those less fortunate in Afghanistan:

During my studies and ever since I was young, I have seen Afghanistan portrayed as negative and solely about war and the women seen as oppressed. I was thinking of a magazine about Afghanistan and saw that there were no magazines like Ariana, which would be a digital and print magazine written in English highlighting talented Afghans like artists, journalists, actors, athletes, fashion designers and much more.

Some perceptions about Afghans that the mainstream media have got wrong is that everyone in Afghanistan is a Taliban or everyone is bad there. There are peaceful people like me and you, it’s just the minority who are causing harm.

Another common misconception centres around Muslim women being oppressed, with the current political situation making it hard to remember, with the Taliban reinforcing western stereotypes and perceptions of women:

Not all women wear burqas, and not all of those who wear it are forced. Women do have a choice in wearing it, some choose to wear it as it gives them their own freedom, and some don’t wear it and that’s their choice.

Afghanistan in the mass media is always shown to be at war, however, there was a time in the 1960s when Afghanistan was peaceful, had its own golden age and people around the world especially in Europe used to travel there. It was a tourist spot and still is. Afghan women had the right to vote in 1919, just a year after women in the UK.

The Taliban takeover has shocked Afghans everywhere. The Taliban stand for restriction, oppression and violence. I was very heartbroken and still am as they’ve always been seen to be violent and especially taking away the human rights of women. For example, they do not allow women to get an education and they have now imposed all women to wear the burqa.

There are no rights for women there and it’s very saddening. Before them there was some progress, women were able to go and study at university, women were able to have a choice to wear a burqa or not, and you could see women in all sectors of society from journalists, presenters, fashion designers, actresses and much more. Now their dreams have been stripped from them.

In some cases, this has become violent. Outside Afghanistan, the world heard about the murder of Palestinian journalist Shireen Abu Akleh, which outraged international communities not only because it was yet another act of violence toward women but also an attack on press freedom. How did Abawe resonate with this?

As a journalist you’re the people’s voice. You’re there to share stories with the world and when such attacks happen it’s very saddening. The press, media, journalists play a vital role in the world and I pray these attacks stop and their lives are taken care of.

These attacks make publications like Ariana Magazine vital in countering what the mainstream media wants us to believe about this country and its people. Afghanistan’s rich culture and talent have given Abawe countless stories to cover.

I am very proud of each feature I have included in Ariana Magazine as each person has a thousand stories to tell and they are all meaningful. Dr. Nadia Nadim, who is on the cover of Issue 10, tells her story of her father being executed in Afghanistan, talks about becoming a professional footballer and (how) recently she just became a doctor.

Without positive representation, we’re left in a place where we fail to sympathise and humanise extreme suffering. Al Jazeera highlighted conflicting attitudes by the West towards war in differing nations. For example, while Afghans were happy Ukrainians were receiving support, there were frustrations that the “massive outpouring of international solidarity and support was never extended to Afghans or other non-European victims of war.

And yet it’s not uncommon to see the West cherry-picking the best bits from these cultures and regions. Whether food, works of creatives or observing festivals to appear “more diverse,” the West happily basks in the beauty of what these cultures offer but when it comes to standing up for those who are preserving the very traditions they profit from when under attack, we collectively fall short.

[Read Related: Op-Ed: Why the Recent Ruling by the EU on the Hijab ban is so Problematic]

It’s not that we don’t know what to do. We found ways to help Ukrainians, even allowing safe passage into other countries. Why is it so difficult to do the same for Afghans and others in the Middle East? You can’t talk about humanity and exclude groups, as Abawe explains:

Ariana is much more than just a magazine. It is an integration between Afghanistan and the world.

That integration includes voices and perspectives absent from mainstream coverage, that give an authentic view of what’s happening in Afghanistan.

I want to showcase the beautiful side of Afghanistan and offer another narrative. More importantly, I want to help those back home and provide a voice to the voiceless.

It’s likely these are the voices that have what it takes to turn the tide on what we know about Afghanistan.

Support the Afghan community and explore the beautiful side of Afghanistan at arianamagazine.com.