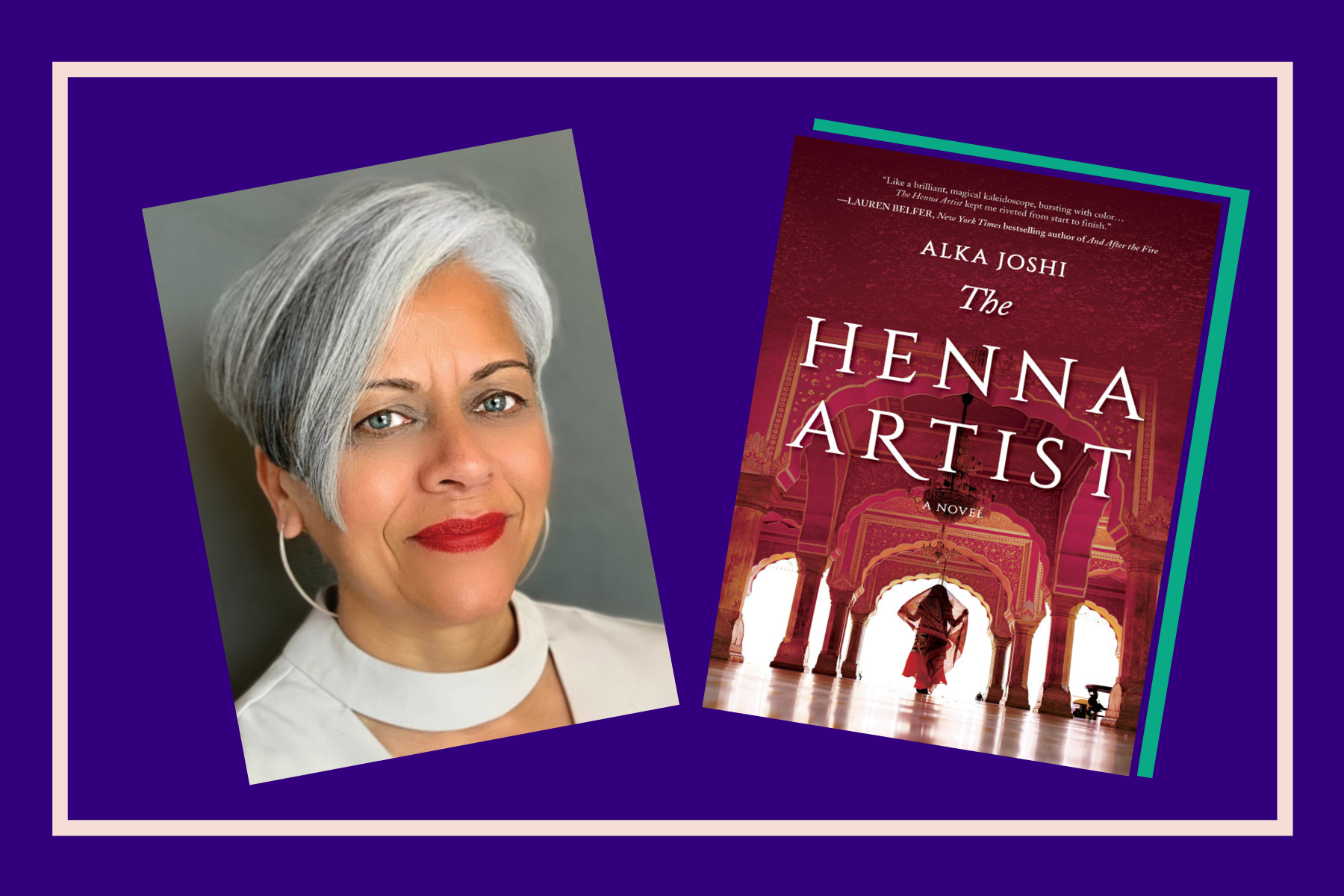 The biggest surprise for me is hearing from all these women about how the book has inspired them to change their lives.

Born in Jodhpur, Rajasthan, author Alka Joshi is overwhelmed by the incredible response that her debut novel has received. A Reese Witherspoon-endorsed Hello Sunshine Book Club pick, “The Henna Artist” is a New York Times Bestseller, USA Today Bestseller, Publishers Weekly, and Toronto Star Bestseller, amongst other accolades. The universal love for her novel came as a welcome surprise to Joshi, who is now working on her second and third novels.

“The Henna Artist” chronicles the story of 17-year-old Lakshmi who deserts an abusive marriage to make her way to the vibrant city of Jaipur. Set in the 1950s, Lakshmi becomes the most celebrated henna artist and trustworthy confidant to the wealthy women of the upper class. Lakshmi’s carefully crafted life is threatened when her estranged husband shows up at her door with Lakshmi’s younger sister, Radha, whom she didn’t know existed. How will Lakshmi protect the life of independence she’s created in India, the same country torn asunder after the departure of the British? Lakshmi must now straddle the difficult line of using her talents to not only pursue her independent life but also uplift those around her.

As I conversed with Joshi over the phone, it was very clear to me that both our mothers had very similar life trajectories. Her mother, similar to mine, moved from her family home directly to her husband’s. Both were homemakers who weren’t given the choice to pursue a career, but both made sure that their daughters could.

Even though she didn’t have control over her life, or a lot of power in the major decisions in her life, she made sure her only daughter was able to make all those decisions. She passed along the power to say, “I want this, and I don’t want that.”

[Read Related: Brown Girl Divya Patel and the Passion Beyond the Art of Henna]

Her mother’s influence is what inspired her to write “The Henna Artist,” a reimagining of her mother’s life as an independent woman. When Joshi first began writing the novel ten years ago, she was ferrying her mother back and forth to Jaipur for home visits. Unfortunately, her mother passed away three years after Joshi started writing the novel. It would take Joshi another seven years to complete “The Henna Artist.” But the journey she had with her mother to India is what reignited her love for the country.

Joshi has lived in the US since the age of nine. She graduated with a BA from Stanford University, and in 2011, she obtained her MFA in Creative Writing from the California College of Arts in San Francisco, California.

When we first came to America in 1967, we lived in Iowa, where my father was getting his doctorate in civil engineering. My brothers and I were the only brown kids at school. As a nine-year-old kid, I didn’t know how to answer questions about the caste system, systemic poverty, arranged marriages—questions that befuddled me. I realized that Americans had a very negative perception of my birth country.

For the longest time, Joshi didn’t want anything to do with India. It would be decades before she returned to the country with her mother—five times over a two-year period. She browsed the markets that her mother used to frequent, and the fruits and vegetables and spices they didn’t sell in America. She visited stores with her mother as salesmen pulled out one sari after another. She marveled at how gorgeous the patterns and fabrics were and how no two women ever seemed to wear the same outfit.

On these trips to India, Joshi and her mother Sudha talked about her mother’s girlhood; the books and magazines she liked to read as a girl, the movies she adored, what India was like in 1955—the year Sudha was arranged in marriage to Joshi’s father. All these details took flight in Joshi’s imagination and reemerged in the story of Lakshmi, the henna artist.

One of the most wonderful outcomes of my writing journey has been the respect and appreciation I’ve gained for my birth culture. I began to think, “What an amazingly rich, vibrant culture I come from.”

It is not a surprise, then, that most of the acclaim for Joshi’s work acknowledges the evocative imagery present in her work. The Monterey Herald noted the “rich sensory details [that] saturate the reader in visual images throughout the book.” As I was reading the novel, it was as though I was sitting beside Lakshmi as she delicately applied henna whilst absorbing the fragrant cooking fire, colorful saris and crisp dialogue of surrounding women.

So much of what the women are going through in the novel is what I’ve observed women dealing with every single day. I was concerned that topics like contraception, abortion and the choice to remain childless might be too much for readers to handle. But now, when I talk to women around the world in Zoom book club chats, they validate the need to discuss these issues openly. Many of them have lived through Lakshmi’s life. They’ve survived and thrived and revel in a book that captures their experiences.

The paperback version of “The Henna Artist”—and its sequel, “The Royal Jewel Cinema”—will be out in April 2021. Joshi hopes to be able to go back to India by then to visit many of her new fans.

I recently participated in a Zoom call with student council members of a private school in Jaipur. Afterward, they told me over 4000 people had watched the event. Even if I touch the life of one, two, or twenty of those attendees who are now motivated to do something with their lives other than what had been predestined for them, I feel like my 10-year-journey to create “The Henna Artist” has been worth it.

You can purchase “The Henna Artist” at Harlequin Publishing. And keep up to date with Alka Joshi’s work Instagram!