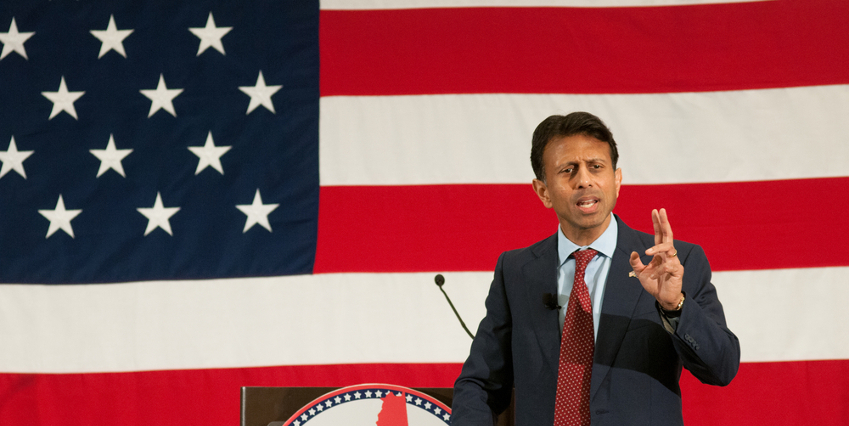 Bobby Jindal as a political figure has always been a point of contention for me, and for many other South Asian Americans. People in our community have often expressed disappointment with Jindal.

Once the golden boy of Indian representation of politics, Jindal has consistently alienated immigrants and other South Asian Americans following his rise to become the first Indian-American governor in the U.S. in 2008—members of the community note how Jindal privately took money from Indian-American donors and organizations, but then publicly downplayed his ethnic identity. In his presidential announcement speech, Jindal said that he was done talking about ‘hyphenated-Americans’ (“We are not Indian-Americans, African-Americans, Irish-Americans…”), further alienating members of his own community, as well as other immigrants and minorities in the U.S.

[Read Related: Open Letter to Bobby Jindal: Why Do I Need To Be Just American And Not Indian-American?]

Upon the announcement of his candidacy, the hashtag #BobbyJindalSoWhite began trending on Twitter, and when Jindal announced that he would be dropping out of the Republican primary race, there were more comments about Jindal’s perceived whitewashing.

To be honest, I was hurt by Jindal’s constant alienation and erasure of the cultural heritage that we share. Aside from my general disagreement with his political positions, I, too, was disappointed and disillusioned with his downplaying of his ethnic background. The discrepancies between Jindal’s public declarations and the reality of his heritage made me wonder whether I should be ashamed for my heritage or should be ashamed for feeling like it does matter to me.

Yes, Jindal has consistently ignored the issues facing immigrants and minorities in the U.S., particularly of those that share his same cultural background. However, many politicians have committed the same “whitewashing” and erasure of their racial and ethnic backgrounds as Jindal. Nikki Haley, the governor of South Carolina, has been accused of the same erasure of her South Asian heritage. Ben Carson, the Republican primary frontrunner in some polls, has also alienated black voters and has been accused of ignoring his racial background by denying the legitimacy of the #BlackLivesMatter movement. Even President Obama has notably been silent on many issues regarding race, particularly regarding police brutality.

The U.S. political system is disproportionately white and male but has slowly increased representation of women and minorities. However, in order to break into the political system or to rise within the system, candidates of color often have to downplay their racial background and minority status, or risk being pigeonholed or seen as a “fringe” or “special interest” candidate. To avoid this, candidates of color often neglect issues that affect their racial, cultural, or ethnic communities—something that Jindal, Haley, Carson, and Obama all exemplify in their own way.

The necessity of “whitewashing” to avoid being pigeonholed or to be more marketable to a larger audience goes beyond politics. Actors Mindy Kaling and Aziz Ansari have been accused of the same whitewashing as Jindal and other politicians of color. Kaling has noted that the pressure to represent all South Asian women on television and to talk solely about her race and “otherness” prevents her from talking about her art, her hard work, or her accomplishments in her field. It is only recently, after achieving a certain level of fame and prominence, that Ansari has been able to showcase his own experiences and shape his own narrative as a South Asian American in his roles—most notably through Master of None, a show that he co-created, wrote, produced, and starred in.

If Jindal had talked too much about race, too much about his South Asian status, then he would have lost the opportunity to talk about other policy issues. If Jindal had talked more about his heritage, he would have been seen as representative only of South Asians, and would have been ignored by the majority of voters. If Jindal hadn’t downplayed his ethnic identity, hadn’t alienated fellow South Asian Americans, including myself, he would never have been Governor of Louisiana, and the same can be said about many politicians of color or persons of color in any field. Blaming Jindal for erasing his heritage ignores the larger problems with the way our political system and our society encourages this erasure for all minorities.

So yes, #BobbyJindalSoWhite. But only because he had to be.