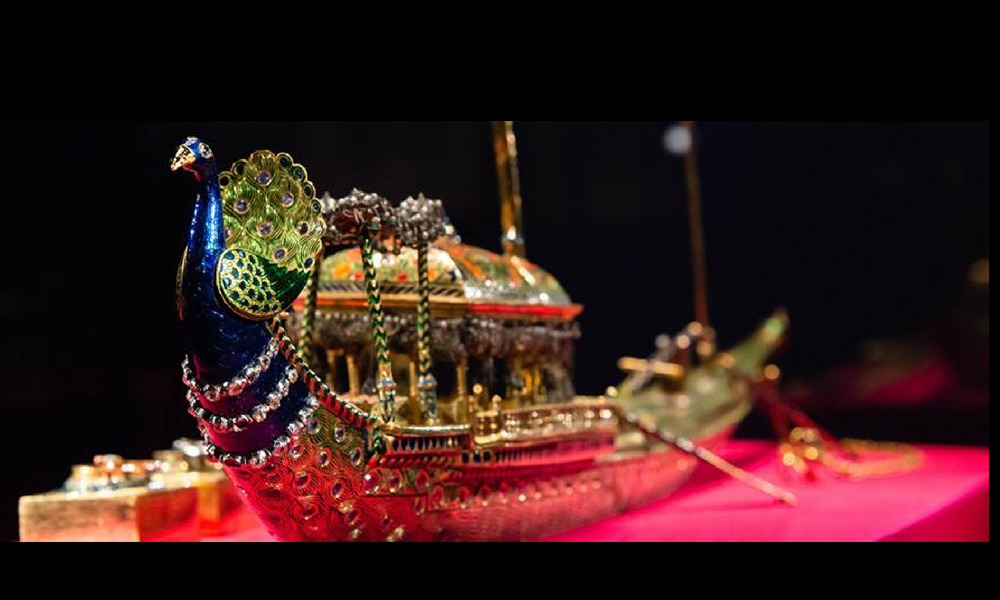 When I visited the Royal Collection’s “Splendours of the Subcontinent” exhibition, a tour of India’s treasures currently being held in the Queen’s Gallery at Buckingham Palace, my immediate reaction was one of dismay and disappointment. Visitors explore artefacts that were originally given as gifts to Prince Albert by India’s various princely rulers. They also view Mughal printing and art from over the years, as well as artefacts depicting Queen Victoria’s relationship with the subcontinent. This event had so much potential to build bridges between communities, put forward a sensitive and respectful portrayal of British imperialism and to educate people. Unfortunately, it majorly misses the mark and is an injustice to South Asians in Britain. It reveals all too much about how the establishment continues to think and feel about minority groups and the former empire.

It isn’t that there was anything radical, extreme or racist presented by the Royal Collection. It is, in fact, the opposite, that the artefacts are presented with a total passivity that diminishes any possibility of an agency on the part of South Asians — how calmly and with how much normalcy such a worldview is put forward. The gifts given to Prince Albert are grouped in display cabinets in terms of weaponry, jewellery, and science. The art is decontextualised, presented as curiosities rather than art interconnected with history. A clear and worrying example of this casual decontextualisation can be found in the information describing the background to Prince Albert’s trip to India. The text reads,

In 1858, the (East India) Company was dissolved in favour of British Crown Rule. Two-thirds of the subcontinent was ruled by the ‘British Raj.’

This is somewhat true but drastically distorts the historical reality. It suggests a peaceful and voluntary change, with the Raj in undisputed control. What they have failed to mention is that the East India Company was dissolved due to the shock waves of the 1857 Indian Mutiny, known to many in India as the First Indian Revolution. It was the first real threat to the British Empire and one that shook the government’s self-confidence enough to transition from purely economic rule to oppressive political and cultural rule. This omission is not only insensitive and a disservice to the Indians who fought for autonomy, but hides any nuances of the colonial rule that might skew the Royal Collection’s presentation of the country’s past, and by default, what this means about our present and future.

I believe that this tells us a great deal about the climate Britain is in today. Old colonial sentiments are once again being called upon in a post-Brexit world to provide reassurance of the country’s strength and stability, with Britain’s large South Asian community being condemned on the one hand, and fetishised and romanticised on the other. The exhibition is not really about India — it’s about sentiments for British India and British Imperialism. India cannot be seen as and of itself, it can only be viewed through the lens of the British Empire, to do otherwise could be dangerous and give Asians too much of a voice. Instead, the subcontinent must be filtered through the language of ‘exotic’ ‘splendours’ and ‘curiosities’ rather than ‘art’, ‘beauty’, ’industry’ or ‘history.’ Orientalist hierarchies remain in place and are reinforced by this exhibition in troubling ways.

In one room, it is highlighted that when Prince Albert originally returned to England in 1876 with his dazzling gifts, the collection went on tour around the country to give a taste of the exotic to curious Brits. The exhibition even travelled as far as Paris and Copenhagen —it generated over £300,000 in today’s currency, money which was used to buy even more objects from the Subcontinent to put on display. The exotic and the Oriental became a commodity.

According to the exhibition, it was exposure to the Prince’s gifts that highly influenced British tastes and fashions. At a time of need, the Royal Collection pulled out one of it’s most successful reference points of patriotism from 1876. Have contexts and ideologies in the U.K. not altered at all since the 19th century? Britain’s knowledge of South Asia is constructed through such public events such as these in identical ways in 1876 and 2018. Dazzling artefacts are selectively shown to shape perceptions over oppression, strife, poverty and even diversity. For hundreds of years, ruling institutions have disseminated a fetishised and Orientalist view of a mysterious and exotic region.

Prince Albert’s tour is painted in a fairytale-esque manner that feels outdated and unnecessary. Admittedly I attended the exhibition on a Thursday afternoon, and so my perception of the attendees may have been skewed, but my overwhelming impression was of the number of elderly white women visibly enjoying the displays.

We must not forget that this is the generation that voted for Brexit and is currently playing an active role in steering Britain’s future. The Victorian era is a comforting and nostalgic one when Britain knew its place in the world and had little to doubt. It is true that Britain today is on uncertain ground and would certainly benefit from the reinforcement of national pride. But this is the job of events like the FIFA World Cup. It is frightening that institutions like the Royal Collections see it fit to build national pride in 2018 at the expense and devaluation of an entire region and community.