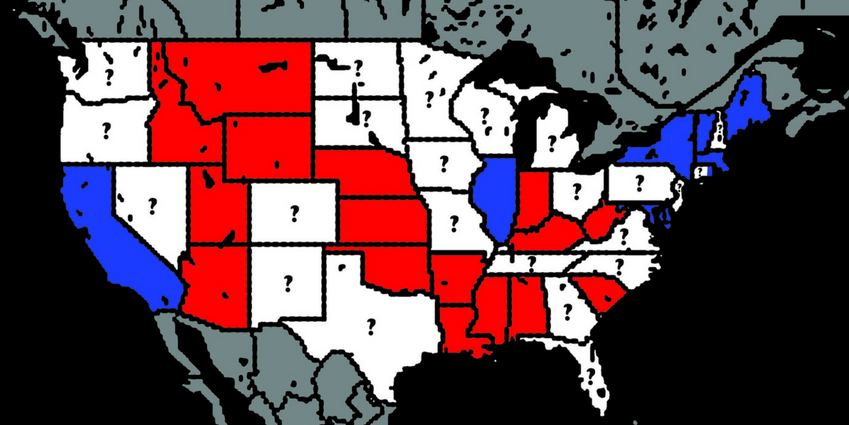 A petition entitled “Electoral College: Make Hillary Clinton President” has now been named the most popular petition in the history of Change.org.

With now over 4.6 million supporters, including celebrities, the petition calls on “Conscientious Electors to protect the Constitution from Donald Trump and to support the national popular vote winner.”

While clinical social worker and California professor Daniel Brezenoff said he launched this petition calling on the Electoral College, one day after the election in efforts to spark discussion on social media, this past week, Change.org announced that the petition became the fastest growing and most signed petition in their 10-year history.

In his petition, Brezenoff states, not only is Trump “unfit to serve” but “his scapegoating of so many Americans, and his impulsivity, bullying, lying, admitted history of sexual assault and utter lack of experience make him a danger to the Republic.”

While this attempt and petition seemed unrealistic as many states have laws against electors who vote against the ballot they’re pledged to alongside the results of a presidential election never being changed due to “conscientious electors”  the news of electoral college members in Colorado and Texas seeking to reject Donald Trump has gained popularity.

Sparking hope in many members of the electoral college who do not vote for their party’s designated candidate seem to be making their opinions on Trump known. Yesterday, Texas Republican elector Christopher Suprun wrote an op-ed explaining why he would not cast his vote for Trump.

“Mr. Trump lacks the foreign policy experience and demeanor needed to be commander in chief. During the campaign, more than 50 Republican former national security officials and foreign policy experts co-signed a letter opposing him. In their words, ‘he would be a dangerous president.’ During the campaign Mr. Trump even said Russia should hack Hillary Clinton’s emails. This encouragement of an illegal act has troubled many members of Congress and troubles me,” the letter said.

Suprun states how while he has poured countless hours in serving his party and being faithful to it he does not owe any debt to it. He only owes a debt to his children to leave them a nation they can trust.

“I am here to elect a president, not a king,” Suprun said, in a statement to The New York Times.

Alongside this, two Democratic electors in Colorado are going to court in attempt to overturn state law in regards to the Electoral College vote-casting process.

According to Politico, “Democratic electors Polly Baca and Robert Nemanich are filing suit in federal court to overturn a state law that forces them to support the winner of Colorado’s presidential popular vote, in this case, Hillary Clinton. But a successful bid, they said, would undermine similar laws in 28 other states, empowering Republican electors in those states to reject Trump.

In the legal filing, obtained by Politico, lawyers for Baca and Nemanich argue that Colorado’s statute is flatly unconstitutional because the Founding Fathers intended presidential electors to have free will when casting their votes — and to consider the popular vote as merely advisory.”

Petitions to change the results of the election as well as abolish the Electoral College have gained extreme popularity in the weeks following the election. The idea of holding presidential elections based on popular vote instead of Electoral oCllege is becoming mainstream.

[Read Related: You Cannot Designate Yourself an Ally by Wearing a Safety Pin]

While it is unlikely the votes of the Electoral College will now change the President-Elect many seem to hold onto the hope they will. Throughout America’s history more than 95 percent of electors have voted as pledged- it seems unlikely “faithless electors” will withstand.