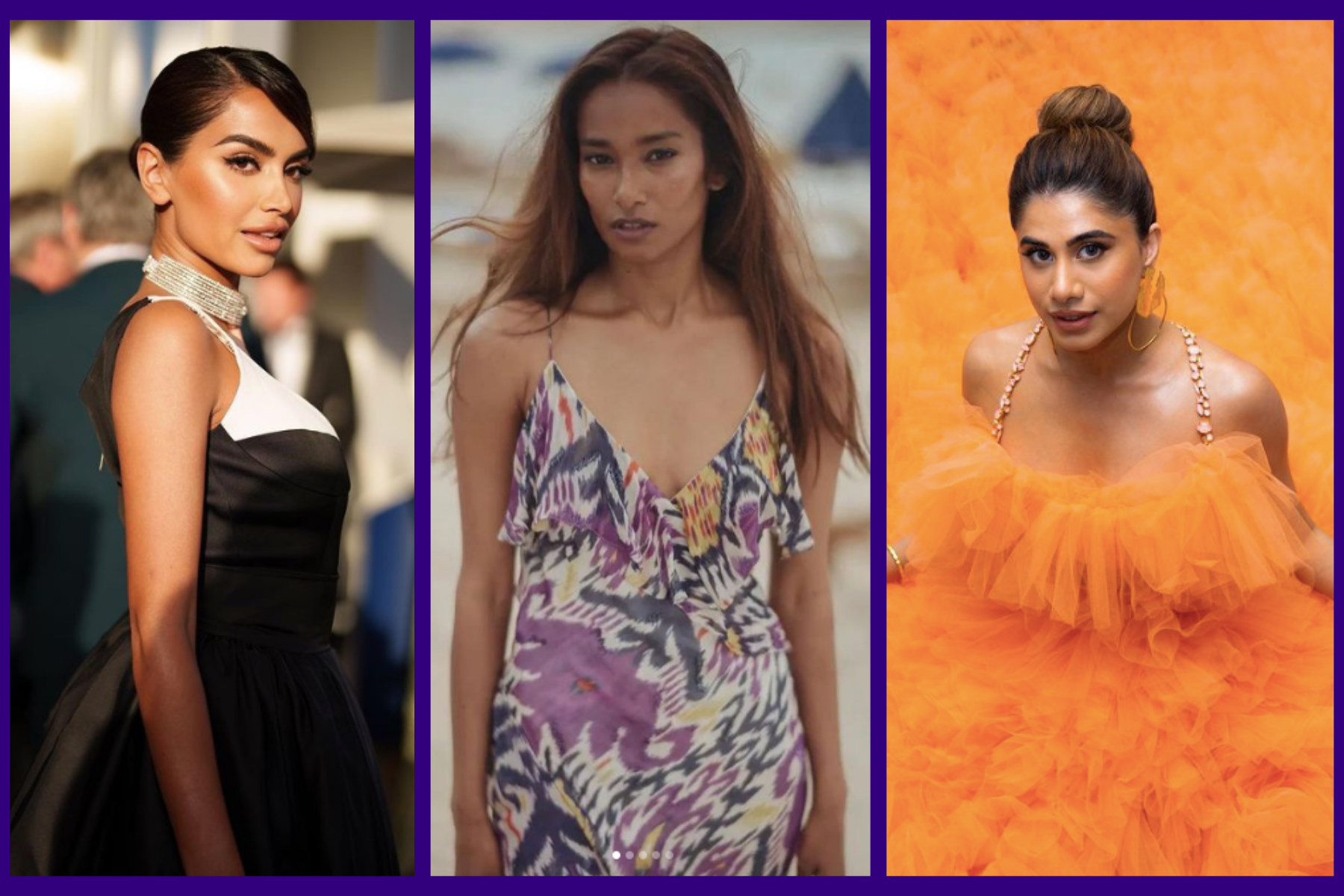 It seems like the Cannes Film Festival 2022 is where all the action was this past month! Not only did a large number of South Asian influencers and artists grace the red carpet for various events throughout the 10-day festivities, taking place from May 17-28, but the India Pavilion was also inaugurated on Wednesday, May 18, 2022.

India was marked as the country of honor, with #IndiaatCannes trending all over social media, as the nation boasted a total of six films that were featured in the Marche du Cinema at the Cannes Film Festival. The likes of Deepika Padukone, Pooja Hedge, Tamannaah Bhatia, and Urvashi Rautela were present at the inauguration, representing the Indian film industry at the French Riviera on inauguration day.

But, when it comes to representation, the Cannes Film Festival saw an array of South Asian influencers/artists making their mark at the event as well. Some of the most coveted influencers/artists — cue Diipa Khosla, Malvika Sitlani Arya, Nidhi Sunil, Masoom Minnawalla, Meera Chopra, just to name a few — were present thanks to their integral relationships with big fashion and beauty brands like L’Oreal, Louis Vuitton, Dior, Ralph Lauren, and more.

Although South Asian personalities have attended the Cannes Film Festival for a number of years now, all the attendees were in agreeance that this year was different; representation was at an all-time high in numbers as well as in the way that South Asian celebrities and influencers covered so many different grounds throughout the festival.

Talking about representation and how India was the country of honor, some of our favorite influencers/artists gave us a quick byte on what representation meant to them at the Cannes Film Festival 2022. They were asked:

What are your thoughts on India being the country of honor at the Cannes Film Festival this year? How does it feel to be representing South Asians around the world?

And here’s what they had to say…

It feels extremely special to be a South Asian at the 75th Cannes Film Festival, where India is the country of honor. We have such a rich cinematic history [and] it would be so great for it to find a wider audience. Frankly, I’m just super humbled to even be here – I never presumed I would ever be in a position in my career where I got to be a representative of the South Asian macrocosm.

This year is a tribute to the country’s [India] 75 years of diplomatic relationship with France, and this year also marks 75 years of the film festival!

It was extremely special for me to be part of this historic year at Cannes. Watching so many Indian artists and creators representing on the red carpet was a proud moment.

India is a melting pot of incredibly talented people and the Cannes Film Festival surely provides global exposure to Indian artists and filmmakers, which helps put their beautiful work on the map. Indian films have been admired by people around the world and India being chosen as the ‘Country of Honor’ at the Marche du Cinema this year is a testimony of it.

All I can say is that I felt extremely humbled and blessed to be there on this special year. I will remember this experience forever!

Cannes is a stunning event [and] I’m honored to attend now for the 6th time, but this time the energy felt different. It carried a special kind of gravitas. Our beautiful India being honored, coupled with seeing South Asian talent represented on screen and on the red carpet, marked this time as one I’ll forever cherish. This feeling of pride, of ‘yes, we’re here!’ is unparalleled.

Cannes Film Festival is by large the biggest and most credible film festival we [currently] have. It’s such a great feeling to be sharing a stage with actors from all across the globe. India this year being the country of honor brings extra joy and pride as it proves in a way that Indian films have marked their presence in global cinema. Bollywood is a name to reckon with in the entire world, and being part of that fraternity this year was a truly special and memorable experience for me. Indian cinema is only getting better and bigger.

With the Cannes Film Festival wrapped up for 2022, it’s safe to say that the moments of recognition, appreciation, and representation were rewarding for these artists/creators as well as the South Asian audience around the globe. The 75th Cannes Film Festival really helped South Asians leave a memorable mark on a global level, and it is truly unforgettable.

Fall Favorites: The Best Foundations for Every Brown Girl on the Go!

Consciously: Democratizing Sustainable Fashion in the Midst of a Pandemic

9 Date Night Looks Which Will Have Everyone Looking Your Way

Glo Skin Beauty: Give Your Summer Look a Pop of Color and Lots of Skin Care