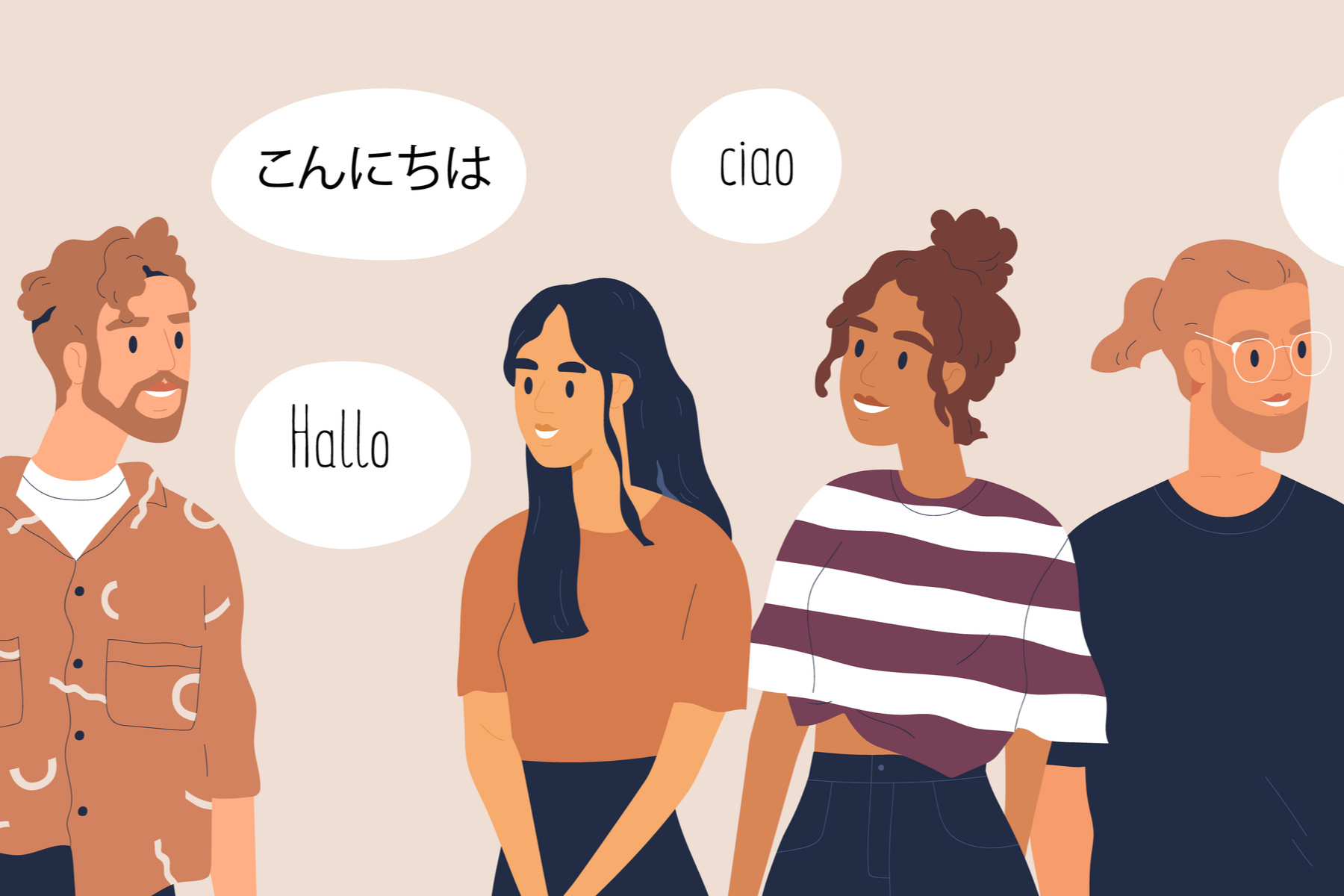 Growing up I considered myself in a state of linguistic confusion — perhaps as a result of my inability to truly understand my identity until fairly recently. I found myself rolling my eyes at seemingly simple “ethnicity” checklists, frequently found on so many forms, for so effortlessly placing an individual. My tick did not feel like it belonged to any one of those boxes but often landed in ‘Asian Other.’

Throughout her childhood, Anzaldúa was criticized for speaking ‘improper’ Chicano Spanish and in turn, felt criticism of her identity. She aimed to promote the acceptance of all languages and accents. Anzaldúa coined the term “linguistic terrorism” in the Borderlands chapter ‘How to Tame a Wild Tongue,’ in which she outlines her strong emotions towards the disposing of one’s native tongue in order to conform to any given environment. Much like Anzaldúa, I became a victim of linguistic terrorism.

My parents made Urdu my first mother tongue because of its eloquence, whilst they themselves conversed in Punjabi. Swahili was their secret language which was quickly deciphered by my siblings and me. And with that, I suddenly had three different words for ‘saucepan’ — patila. Daigcha. Sufriya. Hindi entered my system through a love of Bollywood, aka cheesy Sharukh Khan movies. I spent my Saturdays at Arabic school where I struggled to understand the language of the Qur’an but was somehow able to read and write it.

Yet, in an attempt to conform to the social hierarchy, I spent years trying to perfect my English, side-lining the numerous native languages with which I was blessed and sadly losing parts of my culture. Don’t get me wrong — speaking English has been a key part of my identity, but it should not have come at the expense of embarrassment at my own culture and ultimately forgetting the proper pronunciation of my own name.

My dad always encouraged me to keep practicing my mother tongues to not forget them, as I had seemed to be doing. And now, I see what he meant by that; I am the product of colonialism. There are many like me.

Why Is Our Mother Language and Multilingualism So Important?

Multilingualism causes growth in the brain’s structure and is generally associated with higher intelligence. According to research, multilingual speakers may have more grey matter in the brain regions responsible for attention, inhibition, and short-term memory. An additional benefit is that speaking multiple languages can actually delay the effects of dementia by an average of five years.

In comparison to monolinguists, multilinguists are exposed to more diverse social experiences, giving them the ability to consider alternate perspectives and making them more effective communicators. Moreover, using your mother tongue can help you stay connected with your own culture and heritage.

The international business community considers the ability to communicate in more than one language an “indispensable tool for relationship building and financial success.” With many companies now operating globally, hiring multilingual individuals is desirable as they are more culturally sensitive and reflect the growing diversity in the workplace. They can also bring valuable skills to the table, such as multitasking and adaptability.

Studies have found that people who are fluent in multiple languages often find the process of learning a new language much easier, as well as improving competency in the native language. There is also the added advantage of more movies to watch, more music to listen to, and greater travel opportunities.

Speaking many languages is ever exciting. Since overcoming linguistic terrorism, I have become aware of the different parts of my culture which contribute to my individuality.

I recently taught myself to read Urdu using my knowledge of the Arabic alphabet, gaining a passion for Urdu and Punjabi poetry. In turn, fluency in speaking my mother tongues has also improved and helped me to stay connected to my heritage. I find myself speaking Urdu with my cat!

Whilst studying German at school, Frau Behrens would applaud me for perfect grammar and good pronunciation, which were likely the result of being multilingual.

February 21 marks the celebration of International Mother Language Day. It was declared by UNESCO in 1999 to promote linguistic and cultural diversity and multilingualism. The day also recognises that language and multilingualism can advance inclusion. This is the Sustainable Development Goals’ focus of leaving no one behind and defeat other important social issues such as discrimination.

[Heading More: On Language and Home: Revisiting Jhumpa Lahiri’s ‘In Other Words’]

According to UNESCO, data reveals at least 40% of the estimated 7,000 languages used worldwide are at some level of endangerment — globalization has caused a language to disappear every two weeks taking with it an entire cultural and intellectual heritage.

The day also commemorates the four students who were shot dead on February 21, 1952, during a protest in Bangladesh (then East Pakistan), where police opened fire.

The students were part of the Bengali Language Movement campaigning for the official use of Bengali as their mother language after the government of the Dominion of Pakistan — based in West Pakistan — ordered that Urdu would be the official language, despite a majority of the population being Bengali speakers.

February 21 is a major public holiday in Bangladesh, known as Bangladesh Language Martyr’s Day or Shaheed Day. On this day, the national flag flies at half-mast, and flowers are laid in front of the Shaheed Minar — a symbolic monument erected in the place of the massacre. A popular saying on this day is:

“Amar Bhaier Rokte Rangano Ekushey February, Ami Ki Bhulite Pari” Can I forget the 21st of February, incarnadined by the love of my brother?
– John Doe

The objective of this year’s International Mother Language Day is the commitment to inclusive and multilingual education to advance education recovery in the context of Covid-19. This also contributes to the aims of the upcoming United Nations International Decade of Indigenous Languages (2022–2032) to protect indigenous language users’ human rights.

As a personal objective, I will be sharing awareness of International Mother Language day, sharing some of my favourite parts of my culture, and making a conscious effort to practice and speak more of my mother tongues as a form of personal development, thus taking pride in my identity.

I’ll begin by sharing my love for the 1950s onwards classic Bollywood songs with my ‘Puraane Gaane’ playlist (YouTube/Spotify).

What will you be doing to celebrate International Mother Language Day?

As-Salaamu Alaykum — Peace be with you.

This piece was originally published on Medium and republished here with permission.