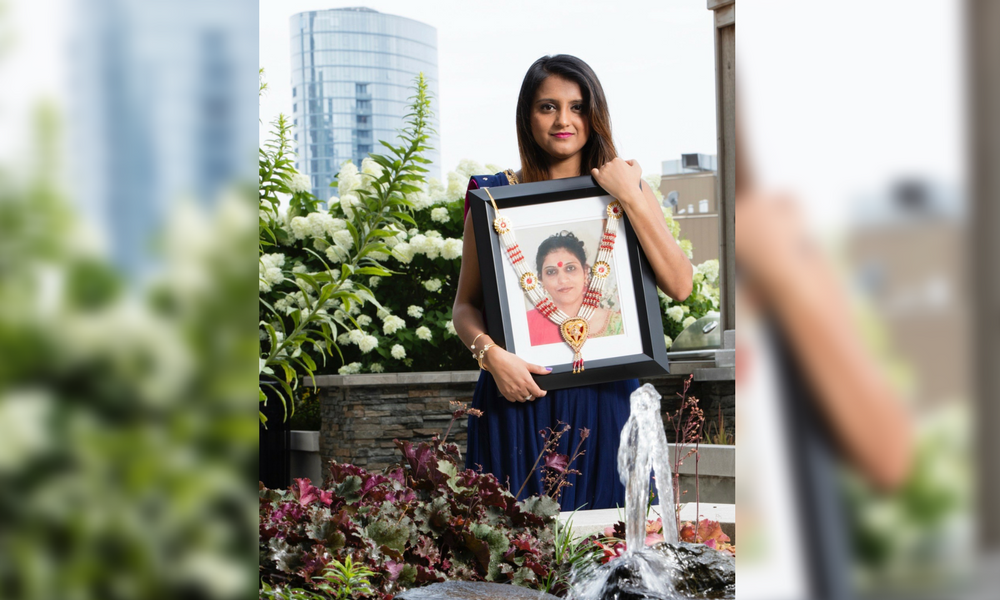 On March 11, 2011, I was at work when family members told me to immediately come home. They would not tell me what was going on, and as I was pulling into my driveway I saw a police officer waiting for me.

He told me my mom had an “accident and didn’t make it.” I did not believe him. That was not possible. I had just seen my mom that morning.

I had no idea my mom had suicidal thoughts.

It was difficult to process and understand why she ended her life. When my family started informing others, they said she died of a heart attack. For the longest time, I had a difficult time revealing how my mom passed away. How do I tell everyone my mom died by suicide? I did not want to be judged by others within the South Asian community.

After my mother passed, I avoided many places where I might encounter others in my community. I hated being asked: “What happened?” “How did she die?” “Did you know she was depressed?” Did you not notice anything was wrong?”

What broke my heart was hearing cruel gossip about my family. Some went as far as accusing my family of wanting my mother to die so we could collect the insurance money. It was too much for me to handle emotionally. I felt so alone and despondent. I started to blame myself as I kept going over what I could have, should have and would have done differently. The guilt and questions followed me around for years. I could not understand how people thought it was okay to ask me these personal questions about my loss.

A couple of years before my mother’s death, during my junior year of college, I experienced my first panic attack. Growing up in America, I found it easier to walk into DePaul University’s counseling center and ask for help, as compared to my mother must have felt. Both my mom and I were born in India, but we were raised in two different countries.

I will always remember the person in the counseling center asking me if I wanted to work with a South Asian therapist. My immediate response was “NO!” I was afraid of working with someone from the same culture, but I did eventually agree to try and it was the best decision I made. I shared my thoughts and emotions without feeling judged and knew our conversations would be confidential. It actually helped that she personally knew the culture.

However, this is not the case for other South Asians, like my mother, who are impacted by the stigma and shame related to mental health. It was not until my her death that I realized the significance of these cultural differences and its impact on our lives. Mental health issues in my family were not acknowledged and often ignored.

In 2014, I decided to address my experiences with mental health and the stigma it has within the South Asian community. I discovered the American Foundation for Suicide Prevention (AFSP): Out of the Darkness Chicagoland Walk. Soon after, Team Patel was developed.

My goal with the creation of Team Patel was to advocate and share my mother’s story and what my family went through in the aftermath with others, as this was such a taboo subject within the South Asian community. After she died, I disliked how everyone was quick to place blame on others and analyze the situation. I wanted to give my mother a voice. People judged her suicide completion and her actions, but they did not acknowledge a key component – her mental health. As a result, I now take an active approach towards raising awareness within the South Asian community.

I share my experience mainly because I want to create a conversation surrounding mental health issues, even tough topics like suicide. Looking back, I wish I had someone to guide me or be able to personally relate to losing a parent to suicide.

In 2015, when I first publicly posted this story on Facebook, I finally realized how much it could impact others. It allowed others to reach out to me and relay their own experiences with mental health and the losses they have endured. I will never forget this one message I received on Facebook from a young South Asian woman in her late twenties that had gone through the exact same tragedy as I had. It had been 10 years since her mother completed suicide. She said, “I haven’t had the courage to openly talk about it, and I admire your courage and powerful post. I have always felt like there couldn’t be anyone in the world that understands what we are going through, especially in the Indian community.”

Through my advocacy work, I have come to realize the prevalence of mental health issues within the South Asian community, though we are often discouraged from sharing or seeking treatment due to the stigma and shame surrounding it. In addition to my personal experiences with mental health, I am one year away from obtaining my doctorate in clinical psychology. As a result, I utilize my clinical experiences and education to assist with my prevention work. There is a lack of knowledge of the resources and treatments that are available within the community. Also, many people may not seek therapeutic services due to the cultural pressures and barriers against treatment. However, I personally believe this issue is far too important to not speak up about.

In 2016, I had the ability to participate on the McLean Hospital/Harvard Medical School national mental health public awareness campaign “Deconstructing Stigma: A Change in Thought Can Change a Life,” as the only South Asian participant. Through the Deconstructing Stigma campaign, my story has reached more than 10 million people, allowing me to address South Asian mental health issues and the need to increase awareness and prevention. 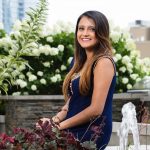 Dimple Patel is a fourth-year doctoral student, in a clinical psychology program. She is an active committee member and team captain for Team Patel for the American Foundation for Suicide Prevention’s Out of the Darkness Chicagoland Community Walk. Dimple is passionate about bringing awareness to South Asian mental issues that are often stigmatized and ignored. She believes providing education, support, recourses, and normalizing mental health issues. Therefore, Dimple has taken the initiative to be proactive by sharing her own experiences with mental health, which has encouraged others to do the same.