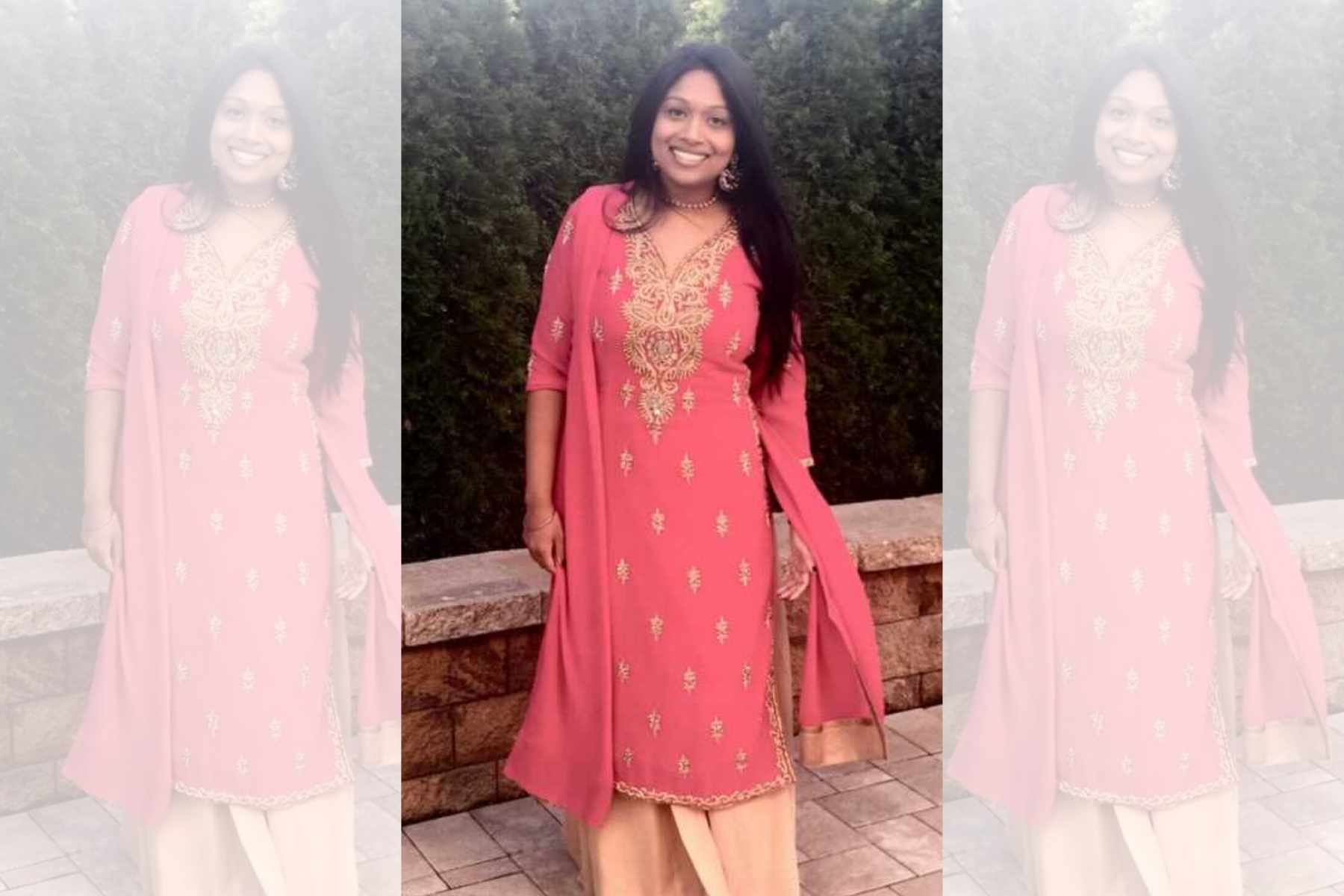 From a young age, I grew up spending summers in Trinidad. It was important for our family to have a sense of where we came from and my mom to experience the setting where she was raised.

I loved these vacations. They weren’t like the cliché Caribbean cruises and resorts my friends from school enjoyed on break. It was buzzing with activity. Summers in Trinidad were spent with sweet breezes, eating doubles and meeting cousins and distant relatives. In those few weeks, I embraced my culture, enjoyed the people and soaked in the environment around me.

Fast forward to high school, and I was 16 and a junior when I was diagnosed with bipolar disorder. I had no understanding of mental health, let alone what being bipolar meant. Not once did I hear anyone in my family speak about mental health, much less their own state of health. I knew mental illness existed in some form, but it was often brushed off as being “pagli.”  Only in the severest of cases did I hear someone refer to it, and often it was condescending — “she mad” or “she head nuh good” is how Indo-Caribbeans would describe it.

I had once heard of a place called the Berbice Mad House in Guyana, but only in the way of referring to it as a historical monument. Years later, I had the opportunity to see the notorious building during my first visit to Guyana with my dad. I never went in. Now that I think about it, it’s astonishing that they actually put the word mad in the name. 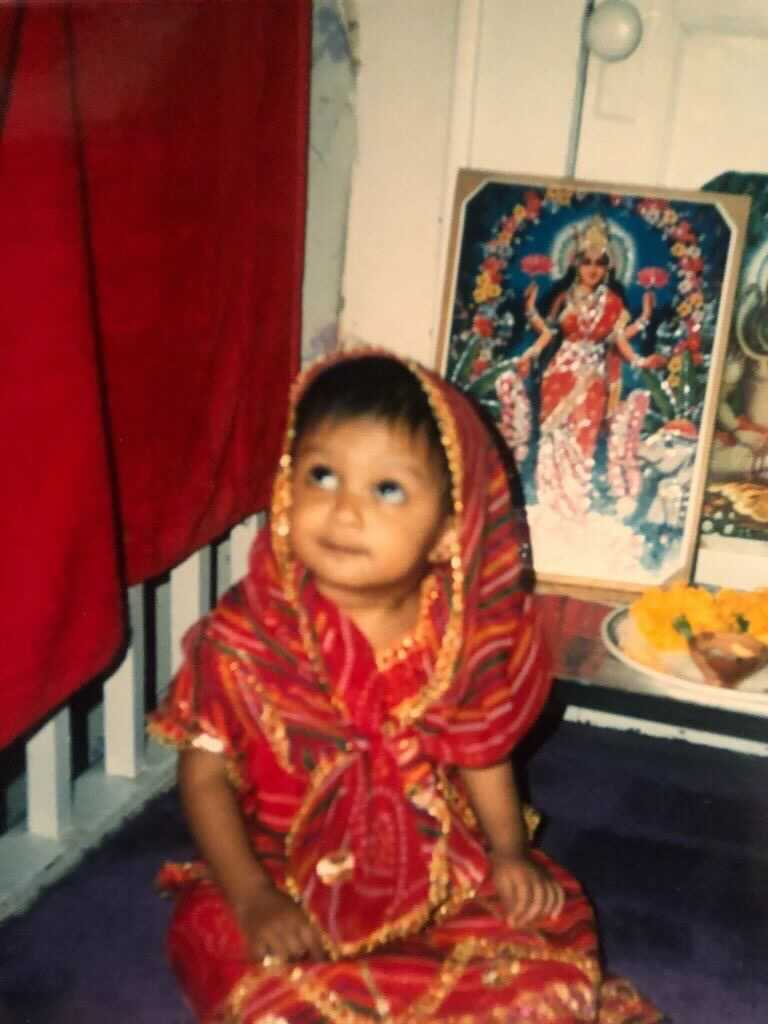 I didn’t grow up in a religious Hindu home, but my parents were traditional. Upon my diagnosis, they sought the advice of religious elders, who suggested that I was possibly cursed or possessed and religious treatments could help.

My parents, concerned and not knowing much about bipolar disorder, took this traditional advice. And then it started. My weekly visits with a pandit (a Hindu priest). Just as badly as my parents wanted these sessions to work, I too wanted to be “cured.” My diagnosis weighed on me, holding me back in every way. I had panic attacks, full of screams and tears. My sessions often ended in this manner.

I experienced many sleepless nights. I would wake up with immense anxiety and paranoia, which prevented me from attending school. I wondered where God was in all this. I used these sessions of prayer as a time to let out my screams and question his motives.

Eventually, my parents realized the visits were not helping because my symptoms exacerbated. I continued to miss school and could no longer pretend to get through the day. My illness inhibited me from functioning. I was ashamed and embarrassed.

I was angry and asked the age-old question, God why me?!

My parents then resorted to another pandit. My patra reading (a religious reading based on astrology) with him was full of empty promises of curing me. This time treatment included weekly offerings culminating with a puja (religious ceremony) and ritual bath. Each Friday, I fasted in honor of bhagwan (God). Yet until now, I still don’t know why I was doing this.

At nights I would offer water, praying for a cure and to become “normal.” Weeks later, the pandit officiated a puja. My mother would take the ashes and flower petals of the hawan (sacred fire) and bathe me in these sacraments along with my grandmother and aunts. It never worked. I would wake up in full panic attack mode.

Once again, I had not been cured. My parents began to lose hope in the power of God. I too began to question my faith. It dawned on me that God might not directly cure me, but maybe he could guide me to the right tools.

Enter therapy. My parents were skeptical of therapy. There’s a severe stigma against therapy in the Indo-Caribbean community. In years prior, they didn’t want me “airing my dirty laundry.” They couldn’t understand why I couldn’t confide in them and instead talked to a stranger.

They eventually had no choice but to seek professional help. While my mental illness was hard for them to take in, doctor appointments, medication and therapy now became part of our daily lives. It was a new world for them and it was taking its toll on me.

I felt misunderstood. I felt inferior and defective. I knew I was not the daughter they had hoped for and for that I felt guilty. Were my parents bad people? No. But they came from a culture that had little education on how to handle mental health concerns. I now know this.

Today, I’m happy to say they have a better understanding of mental health. They don’t say “bipolar” with shame. They don’t hide my condition from family or friends. It has been a process, but we’ve arrived. We have grown and with that growth has come acceptance. If people can change, communities can change and when communities change, negative cultural beliefs and stigmas are questioned.

But there’s still much work to be done. The reality is we still live in a world where the stigma exists. Indo-Caribbean culture is guilty of perpetuating these beliefs. Yet, there is hope for the future. I can proudly say that I am a part of a new wave of Indo-Caribbean families that are working on challenging the stigma. Perpetuate that!

What You Need to Know About Mesothelioma and Mental Health