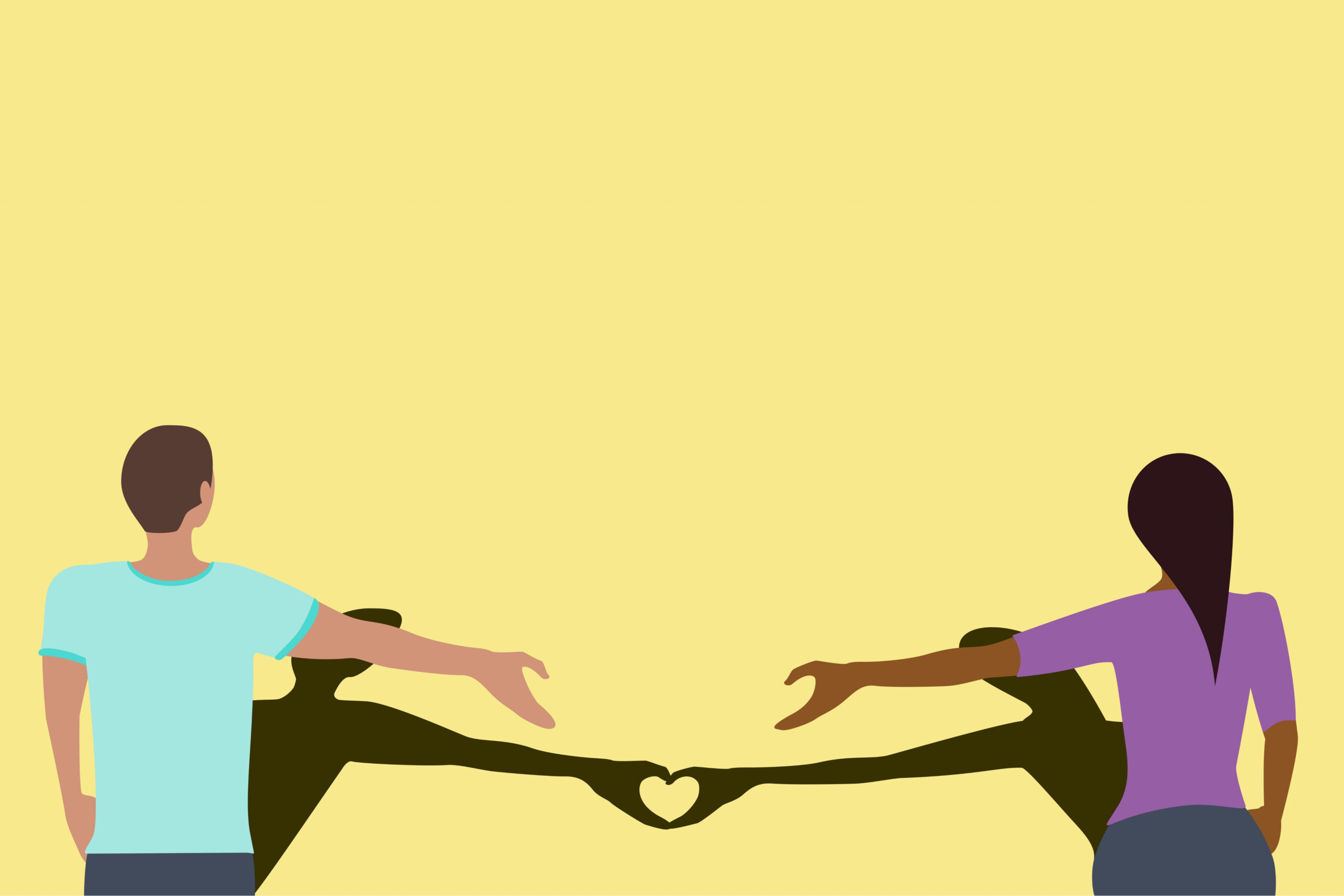 COVID-19 has grabbed us all by the shoulders, affecting every possible aspect of our lives. Going to the gym, buying groceries, visiting relatives, working from an office — the most basic elements of our day-to-day lives have come to a sudden halt. And over the past year, we have come to realise that COVID-19 is not a fad or a mere scare tactic, but a real and dangerous threat to our world. It’s been scary. And, as selfish as it may sound, largely inconvenient. Especially for South Asian couples who haven’t quite yet gotten to the stage of living together or saying their “I dos” — dating during the pandemic just got so much more real!

In order to effectively fight the spread of coronavirus, people have been asked to socially distance and quarantine at home. As defined by the Center for Disease Control and Prevention, “social” or “physical distancing”, means ensuring that you stay a safe distance, precisely 6 feet apart, from people other than those from your own household. The idea of “quarantine” is to restrict the movement of people who may have been exposed to the virus to see if they develop symptoms.

Though essentially different in their definitions, both concepts boil down to the fact that in order to fight the virus, staying away from people outside of your cohabitants and/or people you live with, is vital.

Hence, since the beginning of March, social media has been rife with posts and stories from struggling millennials and Gen-Z users, documenting the time till they finally reunite with their significant other. With every passing week, the countdown and anticipatory posts have only increased. Couples, living in the same town, have been enlisted into the long-distance relationship club without even a chance to say goodbye. Whereas, the silent minority continues to suffer…and, that too, silently.

What does that mean?

By silent minority, I mean South Asian couples, ranging from those in their teens to right up to the ones hitting their 30s. Because for brown girls, and/or boys, the subject is a little taboo.

Many South Asians who are in relationships often do so with such secrecy, they themselves forget that they have a significant other. Okay, that may be an exaggeration, but still.

When your relationship depends on covert dates with backup covers like, “Hey mom, I’m going to stay at Ayesha’s tonight” and you are struggling to meet even a few times a week, a lockdown, both public and self-imposed, can be exhausting and difficult.

Finding a safe closet with thick walls to take phone calls, running so-called “errands” to find some breathing space to FaceTime, sneaking in delivered gifts so no one suspects anything, are just some of the daily tasks that make up a South Asian couple’s survival guide while dating during the pandemic.

This article is in no way trying to imply that those suffering from the impacts of the pandemic, in terms of family or employment or illness or otherwise, have it easier than those struggling to maintain their relationships during such a tumultuous time.

The aim is only to address the specific and unprecedented consequences of the global pandemic that brown, South Asian couples have had to face. They lost out on the only time they got to leave their houses and spend it with someone they care about, without any scrutiny.

Let’s Get Into Some Specifics

The details vary from relationship to relationship. There isn’t a ‘one size fits all’ way to describe the intricacies of everyone’s situation.

A common relationship situation would be meeting and getting to know someone you care about, potentially see a future with, and then decided to officially start dating as a sign of commitment, trust and hope.

[Read Related: Dating as a Brown Girl: 6 Things I Wish I Knew Before]

But the situation becomes a little different when you have roots in a culture that dismisses any relationship not tied by blood or marriage. Like in the case of South Asian couples.

Let’s consider a hypothetical relationship between two South Asians, Person A and Person B.

A and B are sure that they want to be together and want to spend quality time with one another as a couple in order to get to know each other better, create memories and strengthen their bond.

Here’s the catch: they must do this without anyone finding out.

Because the second they tell their families, discussions about meeting parents and marriage possibilities will start on both sides.

“Where is their family from?”

“Don’t you think that’ll be a conflict?”

“What do you mean you don’t want to get married now?”

“What do you mean by dating?”

“Do they speak our language?”

“Are they serious about you?”

These are just some of the questions the couple would be bombarded with. Some questions might be more optimistic to the extent of even coordinating a potential wedding date/’mahurat.’ That is if A and B’s families are accepting and welcoming of an ‘un-arranged’ marriage.

However, because neither A nor B is ready for that step, keeping it to themselves seems like the best possible solution for now.

So, on their one-month anniversary, A wants to spend time together; plan a dinner, grab dessert after, maybe go for a walk by the river later.

But, A is struggling to put this together as a surprise for B. B lives with family, is 24 years old, and regularly returns home around 7 p.m. or 9 p.m. on days they plan to see friends after work. The family knows about their friends, even about A, but not so much about A’s added significance in their lives. For A, the situation is pretty much the same.

A and B work harder to figure out how to spend their anniversary together. The idea is then that, A is going to say they’re working late that day since a hard deadline at work has come up. B plans on casually mentioning their friend’s, Person C, birthday is coming up and everyone is planning a dinner for them.

Until of course, there is a statewide lockdown that has restaurants, theatres, and other republic places all closed within hours for the foreseeable future. All social events have also been canceled. Including A and B’s much-planned, intimate dinner.

Of course, couples have found creative ways to maneuver dating during the pandemic (read: FaceTime and Skype dinner dates).

But, those are no-go zones when your relationship is a secret and even answering the phone requires prior planning, surveying the living room first, and punctuated whispering.

A and B are now stuck either coordinating a trip to a grocery store or drugstore so they can at least call each other from the car and talk freely for a while. But, that too, with alarms set on their phones and call-forwarding switched off, so if someone calls from home they can attend it without adding a grain of suspicion.

Is There a Silver Lining?

There’s a cliche that you grow the most during the hardest of times. I would argue that dating during a pandemic is one of those opportunities.

When you’re facing these many restrictions, learning how to communicate is one of the biggest wins couples can secure from this pandemic.

‘How often phone calls and messages are happening every day.’

‘How frequently updates are expected.’

‘When and how hangouts and dates can take place.’

‘How to get through today without knowing what tomorrow holds.’

Being able to manage all of this, improve communication, maintain the spark, and still live in obscurity is a set of skills the strongest of couples are made of.

So, as a brown person in a covert relationship during quarantine, I want to leave you the following:

You are seen. This is an unpredictable and difficult time for many. Getting through this will be a defining moment for you, your relationship, and your commitment to strong communication.