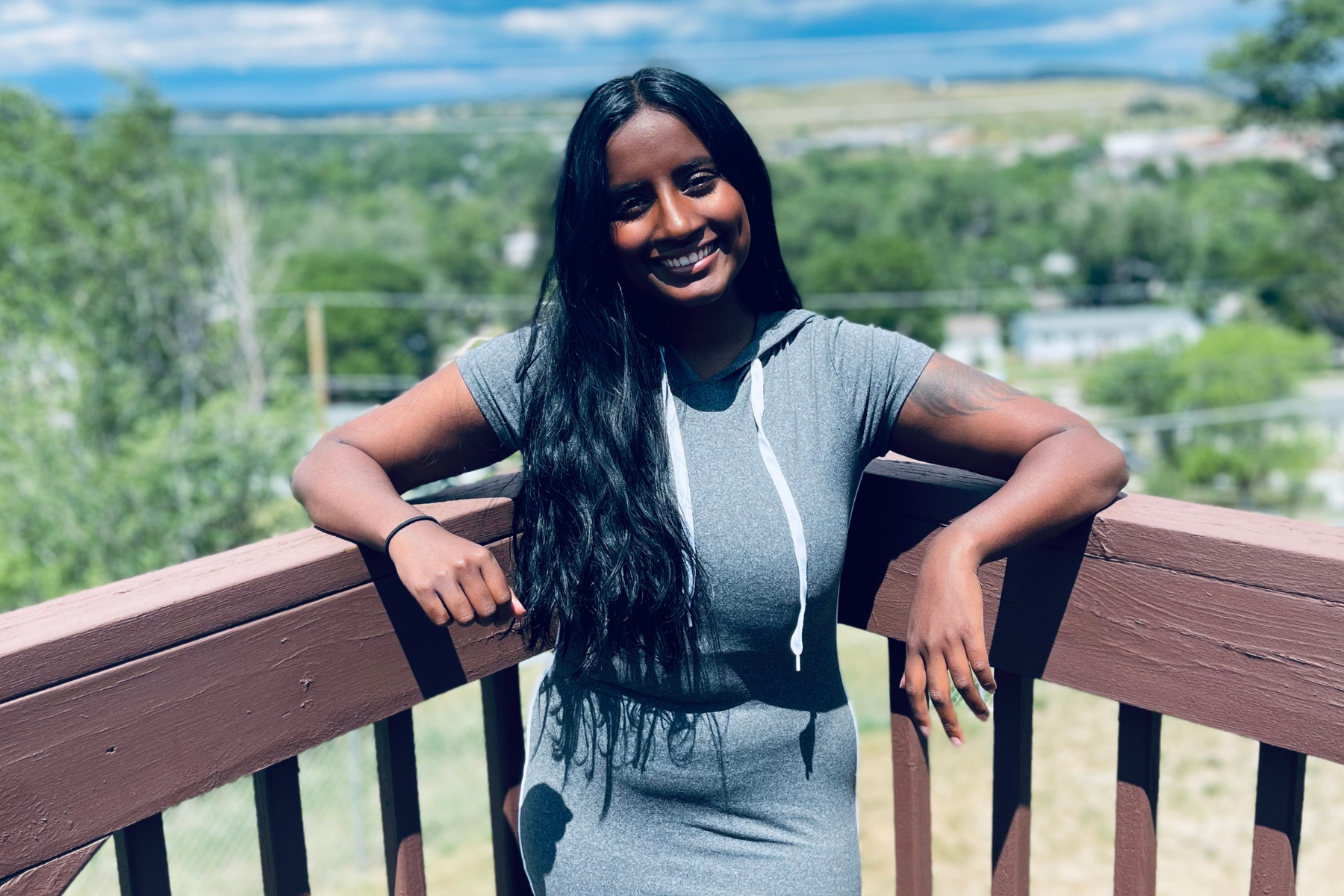 My name is Radhika, and I was adopted from India when I was 17 months old. My birth mother gave me up when I was 10 months old, and I was in an orphanage for 7 months before being adopted. For the majority of my life, I have shoved anything related to my adoption down so far that I couldn’t feel the pain. But it’s all coming up and has overwhelmed me to the point that I feel lost.  I am now a 25-year-old living in South Dakota going through so many emotions revolving around being adopted: grief, loss, anger and sorrow.

Growing up I didn’t deal with the trauma of losing my birth parents because, well, I was adopted and had a family. But I hated the fact that I was different from my adoptive family. Except for my brother who was also was adopted from India, they were all white. But my brother wasn’t biologically related so I felt like an outsider. To be honest I still feel like that to this day.

I hated my skin color, oh how I hated being brown! I hated it so much that I would wear long-sleeve shirts and pants to just hide my skin. I did this up until my high school years. I also hated my name, I hated the fact I was from India. I would act like I wasn’t from another country. I literally hated EVERYTHING about myself. All I wanted was to fit in with my family and the town I lived in. But that was damaging, and I am still recovering from the pain I put myself through. I am saddened looking at it now, as an adult. That little girl definitely did not deserve that.

[Read Related: Adoption and its Not-so-Glamorous Side

I was 12 when I was diagnosed with bipolar disorder, depression and anxiety. Along with being adopted with trauma, it felt like too much. Though I had a family, I felt alone. All of this impacted my life into being either good or bad. There were no in-betweens. After being diagnosed with my mental illness, I began hating my birth mom even more than I already did. Back when I was 12, all I saw was how she had given me up. I felt like I hadn’t been good enough for her and she hadn’t loved me. And the realization that she may have given me a mental illness made me even angrier and more resentful toward her.

I began therapy sessions soon after and this resentment became a large part of it. Though it seemed pointless to talk about, I began to understand how traumatic it was for me. A child that needed unconditional love had been given up. Though my memories before being adopted are shaky, the emotions that the trauma left behind remained.

I was 18 when I decided that I wanted to find her. It took years of therapy to become an adult with a mature outlook. I began to understand that she had done the best that she could and that it was a good thing for me. If she hadn’t given me up, I wouldn’t have been here in America with a family, fiance and friends. She definitely deserved more credit than I gave her when I was younger.

In 2017, a movie called “Lion” was released that covered the journey of an Indian adoptee looking for his birth mother. He lost everything in this process and went to India just to search for her. He did end up finding her and this inspired me to want to find my mom. It’s not been easy to find her and the past 2 years have been hard for me. I contacted the adoption agency but unfortunately, all they could tell me is that they had no information on her and that it would be impossible to find her. Unfortunately, I came to the realization that she was either dead or lost forever.

I constantly wonder, “Do I look like her? Do I have siblings, are they okay? Would she be proud of the woman I am today? Does she think of me still? Does she love me?” and so much more. The fact that I will never have that closure is very sad and honestly painful. There was a night when I cried to my fiance and told him that all I wanted was to meet her. I am grieving a loss that I never got to grieve, I’ll always feel like there’s a missing piece of me. But I do know that I can’t drive myself crazy over something that I can’t control. I believe that someday, maybe in heaven, I’ll meet her. And as much as I can’t wait for that day, I am going to live in the present and know that everything will be okay.