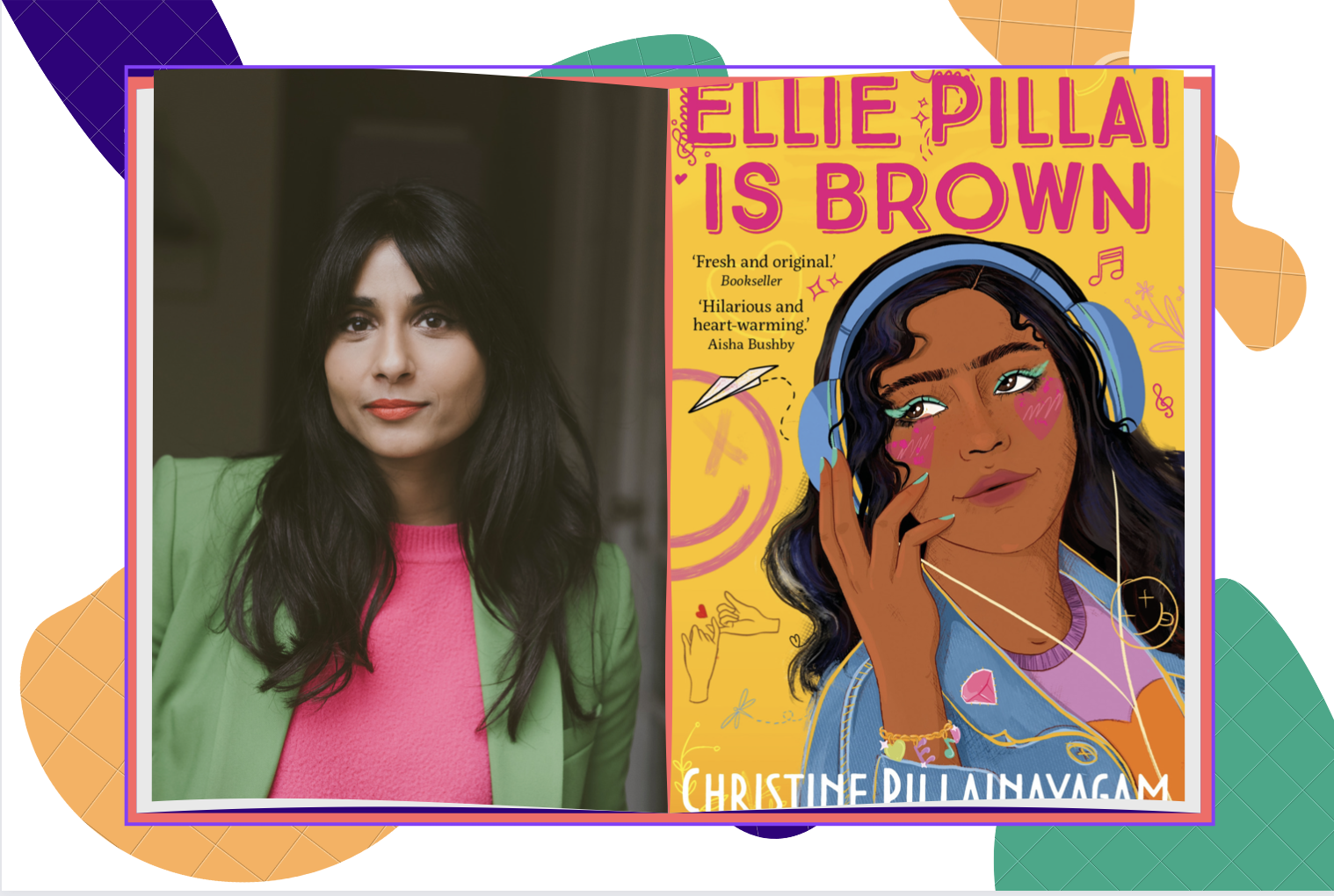 When I first heard of Christine Pillainayagam’s novel about a brown girl navigating a white world, my initial thought was, haven’t we been here many times before? We know South Asian experiences tend to be united by difficulties in dual heritage, micro-aggressions and cultural pressures, accompanied by a side of authoritarian parenting.

While I relish this wave of South Asian diasporic writers authentically documenting the brown girl struggle, like Sharan Dhaliwal’s “Burning My Roti” and Jaspreet Kaur’s “Brown Girl Like Me,” I wondered whether we were turning into a monolith associated only with identity issues but “Ellie Pillai Is Brown” felt refreshingly different in how it chronicles the joys of youth.

It follows fifteen-year-old Ellie navigating the usual teenage woes — feeling an outcast in school, intense but integral relationships between best friends, the road to excelling in her much-loved GCSE Drama studies and overwhelming giddiness from falling for the new boy — while dealing with self-esteem issues. Yet the book is also so much more.

A daughter of Sri Lankan immigrants, Ellie’s cultural struggles add a layer of complexity, contempt toward her non-traditional study choices and her grandmother’s emphasis on marriage and children as the pinnacle of success but we also see the beauty of Tamil culture, with feasts of kottu, meat curries and milk toffee, lovingly prepared in a kitchen full of gossiping Sri Lankan aunties, that draws us into a familiar sense of community.

Parts of the story felt like a punch to the heart in how they accurately captured the alienation and sadness that often accompanies brown girl youth but Pillainayagam has an amazing ability to make poignant narratives heart-breaking and hilarious in equal measure.

[Read Related: Osman Yousefzada’s Memoir ‘The Go-Between: A Portrait of Growing up Between Different Worlds’]

Like when Ellie asks an imaginary Mick Jagger if he too had immigrant parents obsessed with his every move; an action justified as being an ‘ancestors sacrifice.’ Or responding to her racist bus driver’s retort about whether ‘people like her’ have seen snow before, by drawing on the anecdote of her snowed-in neighbour eating nothing but cornflakes for three days. Flicking through glossy fashion magazines, she asks, if we are, as the racists say, ‘everywhere,’ why aren’t we ‘actually everywhere?’ These painful brown girl experiences and razor-sharp quips are hugely charming.

The importance of music can also not be understated. When Ellie is not listening to, thinking about or having frank imaginary conversations with her musical heroes (like when Noel Gallagher declares Ellie as ‘nice but a bit thick’), she’s mentally penning her own songs to capture intense feelings.

Extracts of lyrics appear throughout the book, as streams of Ellie’s song-writing consciousness, which readers can also directly listen to, thanks to a QR code offering access to a Spotify album of nine original songs written and sung by Pillainayagam, who is a singer-songwriter herself.

Like when Ellie attempts to avoid fawning over the handsome, mysterious Ash, she envisions a 1960s girl group in the corridor singing “give me a minute, just wait right there,” which are also lyrics of ‘Song One’ on the Spotify album. Hearing it connects the reader to Ellie’s world, making her more of a tangible being and not merely a work of fiction.

The story pleasingly moves away from meek, submissive South Asian stereotypes. Ellie is kind yet rebellious; she lies about dates of parent evenings, slams doors to cut off her mother’s comments and takes refuge within the grit of Rolling Stone songs. She is a music-obsessed, neon green eyeliner-wearing young woman with a fire in her belly to excel in GCSE Drama, much to the disdain of her parents.

Ellie experiences clichéd teenage tribulations like underage drinking and a need to hide things from her parents but also demonstrates wisdom. Pillainayagam uses the issue of parental pressure to succeed academically, to highlight serious intergenerational challenges. It’s less white-hot teenage rage and more a melancholic, noble response of many brown children, who recognise and are rooted in their parent’s cultural hardships and pain:

I know my grandparents were hard on my mum. I know she had no freedom… that she was effectively locked up until she got married. I know she wants…more of me that her mother wanted for her. It’s just sometimes, it feels like it’s too much.

Pillainayagam creates a moving portrayal of complicated, beautiful relationships, like the affection between Ellie and her best friend Jess. Ellie’s low self-esteem fuels a withdrawal from Jess’s circle of friends, while Jess’s anger stems not from feeling held back but from a deep longing for Ellie to escape her self-pity shackles and social awkwardness by learning to embrace the joy of others beside her:

If only you could see how brilliant you are… You’re so cool Ellie…Everyone knows it except you.

Perhaps Jess is the hype-woman we all need.

As Ellie’s relationship with Ash takes a whirlwind course, we move beyond the ‘Popular Guy Develops Feelings for Girl-Next-Door’ storyline to find two young people finding the safety and belonging in one other through shared experiences of loss and adoring music from previous generations, unlike their temporaries.

The book hammers home an integral point that seemingly beautiful people are more often than not, fighting their own covert battles. Headstrong, ballsy Jess is silently crumbling under the pressure of a neglectful, mentally unwell mother, while the effortlessly cool, sultry Ash is recovering from alcohol abuse. Pillainayagam reminds us that vulnerability bubbles beneath all of our Instagram-able portrayals.

“Ellie Pillai Is Brown” is not the clichéd ‘torn between two cultures’ read I expected. Instead, it’s a joyous portrayal of a witty, smart Sri Lankan teen whose confidence blossoms as she overcomes emotional hurdles, with a little help from friends.

A beautiful tale about how those around you, especially during your fragile adolescent years, can enrich your life, shape your ambitions and ultimately, provide the love you haven’t managed to give yourself yet.

“Ellie Pillai is Brown” is available on Amazon and Barnes & Noble. Follow North London-based writer on her blog at thelittlebrownbook.co.uk.