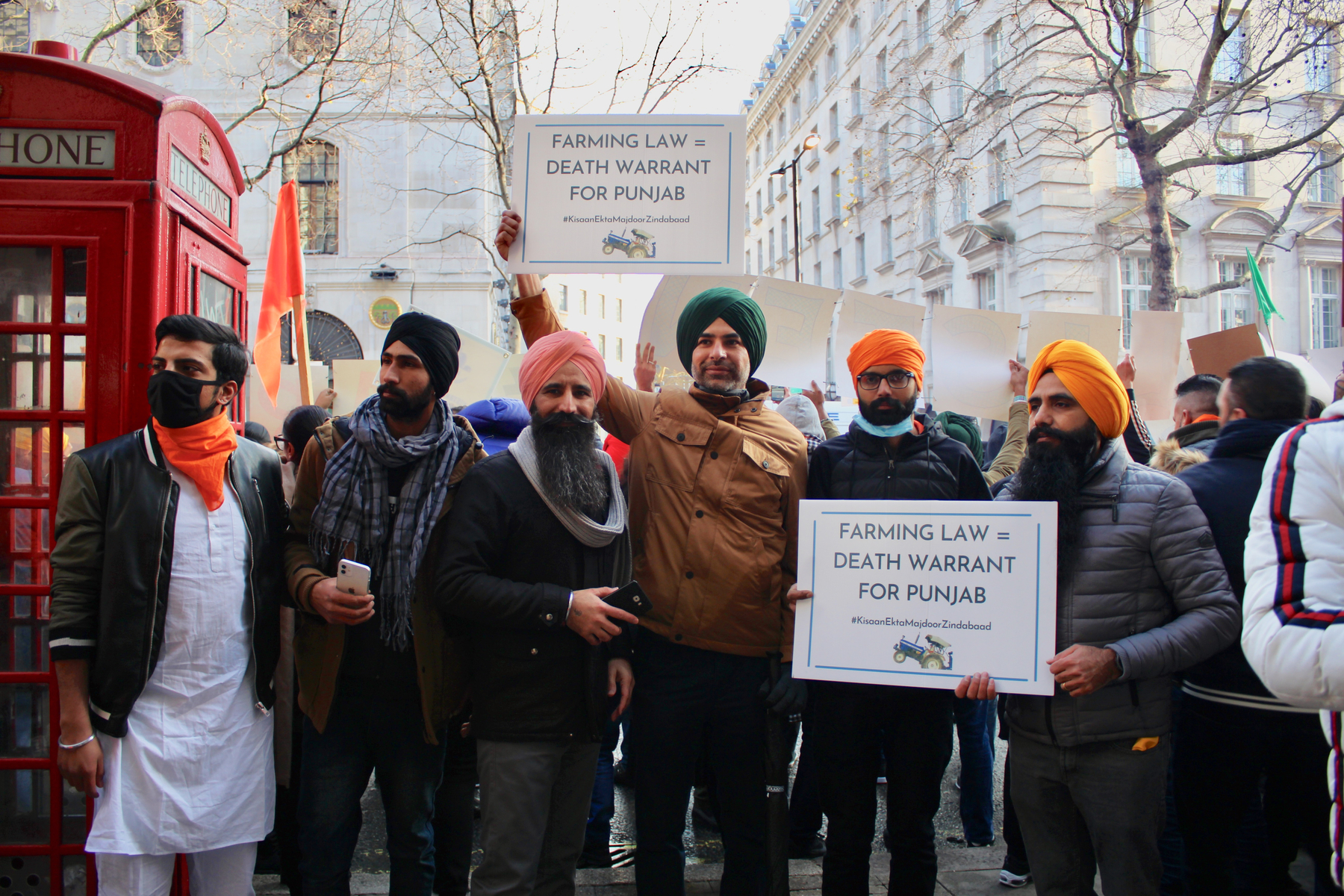 A few months ago, Brown Girl Magazine reported on farmers in India protesting against the introduction of new agricultural bills brought in without consultation. Since then, dialogue opened between the Indian government and a committee of farming spokesmen, but nine rounds of negotiations have amounted to nothing. Peaceful protests continued and reached Delhi, despite blockades set up by government officials.

As the #farmersprotest made its way through Delhi on tractors on #IndiasRepublicDay to demand the repeal of new farm laws, the internet was blocked in regions of the greater National Capital Region (NCR). [a thread] pic.twitter.com/RDNEatGEFL

The rising tensions culminated in violent clashes on India’s Republic Day on Jan. 26, as a group of farmers broke away from the main protest route to demonstrate at the historic Red Fort in Delhi. Police retaliated with a heavy-handed response, resulting in the death of one farmer while 200 others were detained. Protesters are holding ground though, continuing to occupy the Delhi camp and gaining international attention as the government cut the zone’s Internet services and other supplies.

Shocked to see mobs and police trying to intimidate and clear Delhi #FarmersProtest, after stopping their water, electricity and internet.

It’s a cause close to many hearts of British Sikhs who still have family back in Punjab and because of how new regulations impact ancestral lands. Images of violence against peaceful protestors also evoke memories of the 1984 anti-Sikh riots, which saw the mass killing of thousands, a historical event that still has a strong impact for those now settled in Britain, with many drawing parallels between the two incidents.

The difference today, though, is how social media is providing insight on the ground from both sides to the whole world, while Sikh communities around the globe look on in horror as Indian authorities silence peaceful campaigners, beating down the spirits and bodies of those protesting for their livelihoods.

[Read Related: Farmers in India are Protesting Against New Agricultural Legislation and Here’s Why]

British Punjabi communities have been actively supporting protesters, with the Sikh Council U.K. finding that 84 percent of those surveyed were personally concerned about the effect of new regulations as they share links and fundraise via social media. In the last weekend of January, an event by Midland Langar Seva Society and Recognise One, a platform that works to end poverty and social injustice, was broadcast on the Sikh Channel and online, raising over £350,000 so far to support the ongoing protests.

The #FarmersProtest in India has touched so many people around the globe, including many of my #Slough constituents.

Aside from the linked global protests, two men in #London are sleeping in a tent, expressing solidarity with the peaceful farmers out in the cold. 1/2 pic.twitter.com/mmdqmGLZXq

There have been demonstrations across the U.K., with tractor and car rallies before and after the New Year. A West London rally in October 2020 drew hundreds of supporters and despite following social distancing measures, organisers were fined £10,000 and many protesters faced charges.

British Punjabis continued to make their voices heard and show solidarity with a socially-distanced car rally outside the High Commission of India in London in December, which attracted supporters from all over the country.

While the pandemic has prevented U.K. supporters from traveling to India to support in person, Gurpreet Singh Dhinsda and Tarvinder Singh Johal created their own protest camp from a West London back garden to raise awareness of the freezing overnight conditions Indian farmers are enduring. They encourage others to raise awareness on social media and donate to organisations like Khalsa Aid.

It’s not just apne (us Punjabis) taking a stand. The British farmers’ union, The Landworkers’ Alliance, staged its own protest in late January with a message of solidarity, showing that this is more than just about demonstrating against religious or caste discrimination; it’s also about fair workers’ rights across the world.

“The first step should be to repeal these laws,” say Dhinsda and Johal. “The Government should hold consultations with agricultural experts and farming leaders to create new legislation that actually helps the sector.”

Labour MP Tanmanjeet Singh Dhesi is also a vocal supporter of the farmers and has repeatedly raised the issue in Parliament. The first time, Prime Minister Boris Johnson displayed total ignorance and claimed it was a matter for India and Pakistan to resolve without the U.K.’s involvement, leaving many Punjabis in complete disbelief at the response. Since then, a cross-party letter signed by over 100 MPs urged Johnson to raise the issue with Indian Prime Minister Narendra Modi, but there has not yet a satisfactory response from the U.K. government.

Many were horrified to see water cannon, tear gas and brute force being used against farmers peacefully protesting in India about #FarmersBill2020.

Everyone has the fundamental right to protest peacefully.

But it might help if our PM actually knew what he was talking about! pic.twitter.com/EvqGHMhW0Y

More than anything, British Punjabis are anxious to see a swift and peaceful resolution. We look on, feeling helpless as our brothers and sisters are beaten and subdued by the Indian state. But their strength does not waver, and so, too, our fight continues here in the U.K. in solidarity with activists in India, who have finally gotten global figures of notoriety like Rihanna to ask the most important question ever: “Why aren’t we talking about this?”