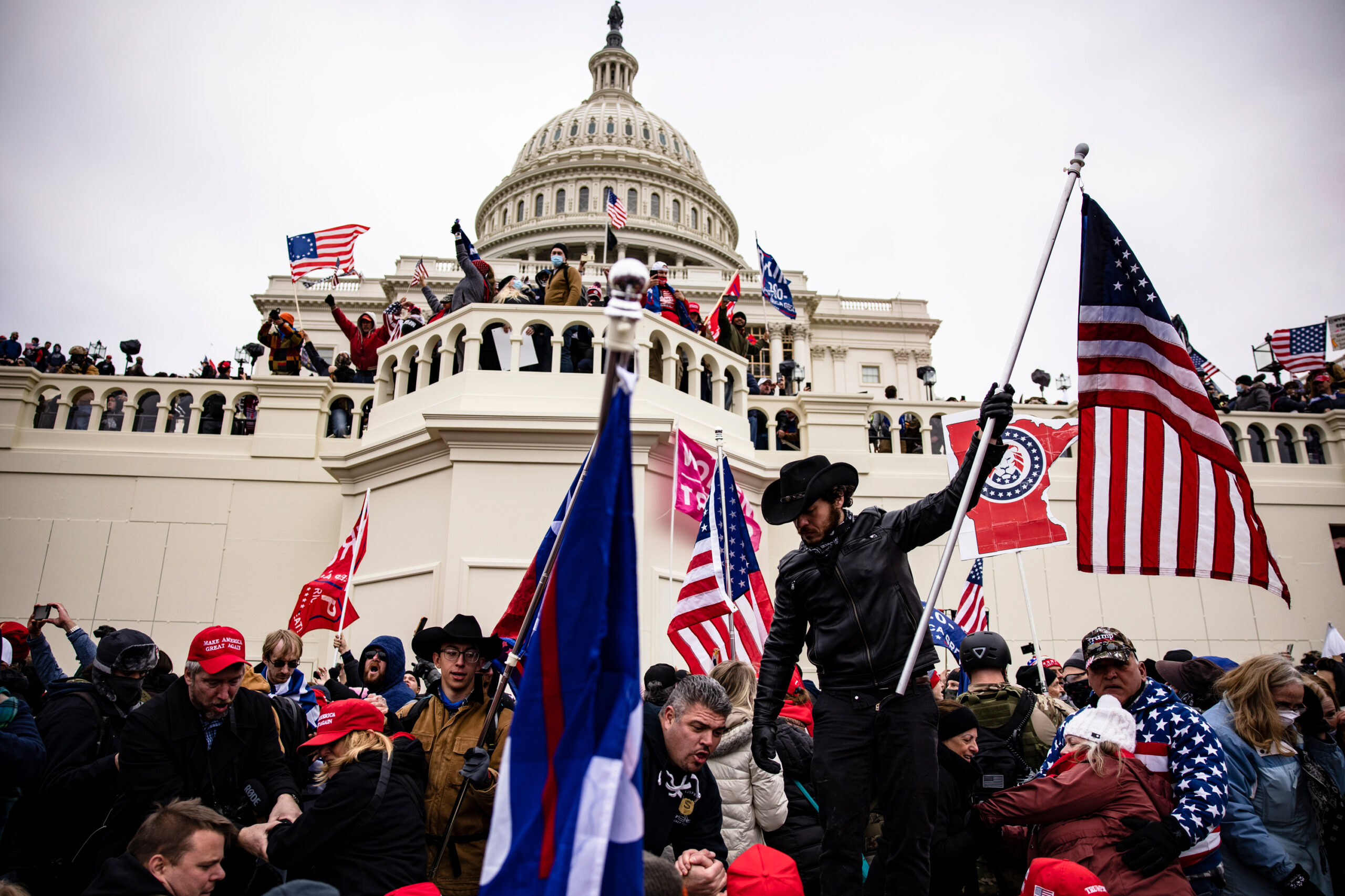 As of Jan. 13, Donald Trump has become the first president in U.S. history to be impeached twice by the House, after being charged with “incitement of insurrection” over the deadly Jan. 6 invasion of the Capitol. A Senate impeachment trial awaits.

Georgians, who came out not once but twice to vote during the pandemic, witnessed history being made when Democrats took two Senate seats on Jan. 5, 2021. Jon Ossoff, the son of a Jewish immigrant, and Reverend Ralph Warnock, Georgia’s first Black Senator, were declared winners with 99 percent of the vote counted. However, the Democrats’ day of celebration was quickly overshadowed by the news of an insurrection at the U.S. Capitol the very next day. The Movement for Black Lives (M4BL), an organization that mobilized thousands of people in the aftermath of the George Floyd murder, condemned the violence as a white supremacist attempted coup.

Despite President Donald Trump’s continued efforts to attack the electoral process, lawmakers initiated the routine process to count Electoral College votes to officially certify Joe Biden as President-Elect on Jan. 6. Earlier that day, Trump encouraged the rioters to “walk down to the Capitol,” adding, “You will never take back our country with weakness.” Further riling up the crowd, Trump roused the mob to “take the country back.” Trump and his supporters’ motivations were clear — to overturn the election.

As a result, Trump supporters stormed into the Capitol building, which halted the vote count. Staffers and lawmakers alike were forced into a five-hour lockdown. The insurrection drew international attention, bringing into question the strength of America’s democracy. For many, it brought back grim memories.

“My family left Fiji because of a coup,” Nandini Narayan, a Legislative Assistant for former Rep. TJ Cox (D-CA 21st District), told Brown Girl Magazine, comparing the day’s events to how her Fijian-Indian family fled Fiji to find refuge in the U.S. Washington, D.C. had been preparing for protests since the beginning of January, as Narayan noted, “I have worked here for four years, but this past year I had never seen such a heightened sense of security. There was an increased police presence, closed off roads, barricades and cones, all set up around the city.”

Still, many wondered how the Capital of the world’s largest military power could be penetrated so easily. The infamous image of Republican Sen. Josh Hawley fist-pumping the mob, videos of Capitol police taking selfies with Trump supporters and Trump’s delay in deploying the National Guard despite Mayor Muriel Bowser’s requests all show that there was active encouragement to break in.

Despite this week’s events, Georgia is still in the national spotlight. With a majority Democratic Senate, Narayan indicated that there is both enthusiasm and readiness to be productive at the Capitol. “There were people on the Hill that never thought both seats would flip. But we got a 33-year-old Jewish man elected and the first Black Senator from Georgia. First, I felt a wave of relief when I saw the results; then I thought, ‘It’s time to get to work!’”

The impact of the Asian vote in swinging Georgia to the left has been understated. With a shift in demographics and grassroots organizing by forces like Stacey Abrams, Georgia has been inching towards swing status since 2016.

The AAPI vote, in particular, helped flip both Senate seats. The Asian vote increased by 120 percent during the November 2020 election compared to the 2016 election, according to Vyanti Joseph in her interview with Brown Girl Magazine. Tapping into the potential of an organized Asian population, Georgia Democratic campaigns sought to integrate AAPI populations’ needs, which had historically remained unheard of.

According to Joseph, the Asian American Pacific Island (AAPI) Constituency Director for the Warnock Campaign and Co-Founder of They See Blue in Georgia, the Warnock Campaign made significant efforts by going into each community by visiting Chinese and Indian grocery stores, working with Korean pastors, holding events with the Muslim and Hindu communities, holding small business roundtables with AAPI business owners, running ads in various languages, displaying real community members in campaign materials, and more.

Joseph is a fourth-generation Indo-Caribbean who immigrated to Georgia at the age of 19 from Trinidad and Tobago. She joined the Ossoff Campaign in 2017, the Stacy Abrams campaign in 2018 and served on the Georgia AAPI Council for the Biden-Harris Campaign before joining the Warnock Campaign. Joseph especially noticed South Asian communities’ hunger to be heard in Georgia politics when she hosted her first phone bank for Stacey Abrams. Scores of suburban moms of all backgrounds flocked to her house, speaking to other South Asians on the phone in their own languages.

Never done so before, organizing the diverse AAPI community was not short of its challenges. “We were constantly fighting the Republican narrative and really the myth that all Asians are all Republican.” But a big turning point was the Black Lives Matter protest that mobilized South Asian voters and increased voter education around anti-racism in society and politics. “It allowed us to debunk that model minority myth,” Joseph said. The runoff election stands as another example of Black leadership in the American progressive movement.

Underlying the historical shift in Georgia’s politics was grassroots organizing — everyday people, including Joseph, who comes from a corporate Business Intelligence background, coming together to get out the vote. In 2020, increased police violence against Black people, Trump’s marginalizing tweets and the Black Lives Matter movement all forced immigrant communities to grapple with America’s white supremacist legacy and their role in it. And this time, Asian communities joined the fight against the long-standing Georgia Republican political apparatus.

Underscoring the unique role of South Asian women in this election, Joseph stated, “We have a strong powerful voice, and Georgia is just a start of what we can do.” Those watching election results unfold in Georgia may have been surprised to watch a strongly Republican state swing to the left, but for those on the ground, it has been in the works for decades. Both the Hill and Georgia will be battlegrounds once again in 2022 when Georgia’s senate seats are up for re-election. If Georgia is any indication, then South Asian communities, and AAPI communities in general, will be pivotal in elections to come.