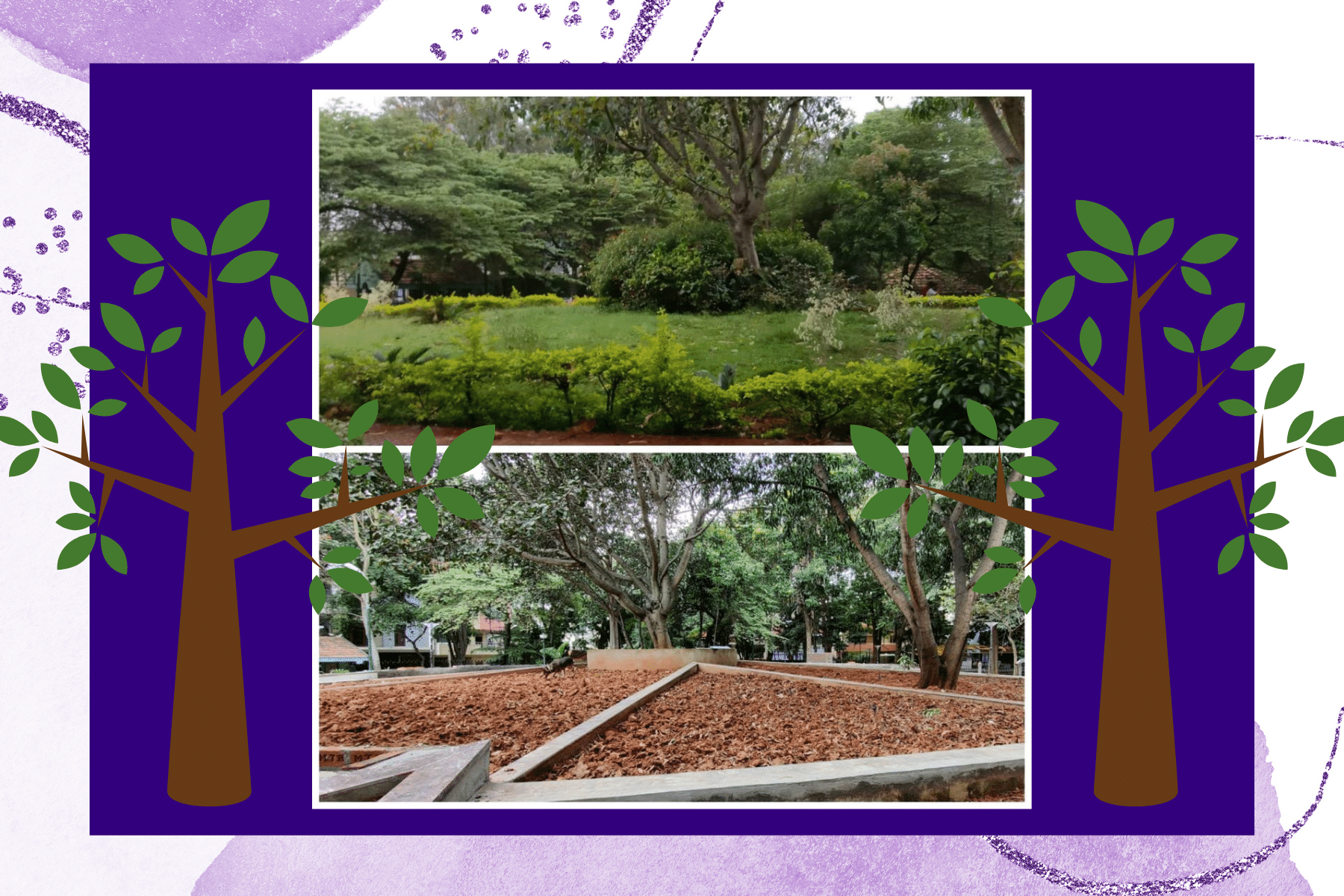 From playing gully cricket to flying kites, we each have our own precious childhood memories. Mine was playing in the neighborhood park. My friends and I would meet in the evening to play different games — running from tree to tree, kanna muche kuntebilla, and crocodile-crocodile. Going to the park was a family affair. My grandma would take me there and watch me play.

I vividly remember a particular day from age six. While playing, I noticed that my grandma wasn’t sitting on her usual green crooked bench. I panicked and ran around the park in search of her. That worsened the situation because I lost sight of my friends and couldn’t recognize my surroundings. As I went deeper into the park, the trees became more and more unfamiliar. I felt lost and afraid, so I cried, as any six-year-old would do. A few kind elders who would often walk in the park comforted me. They took me around the park to help me find my grandma. After walking around a bit, we stopped in front of an unusually shaped, humongous tree with gigantic tangled roots and thick greenery. This banyan tree was situated in the middle of the park, and I had run around it many times before. I was relieved by the sight of it, which soothed me. I stopped crying and my grandma soon found me standing there.

Indian parks have their own unique beauty. No two sidewalks are the same — they each have their own design because of the green and yellow paint chipping off. Every park has a center tree under which people connect. For mine, it was the banyan tree. Under its shade, I met every aunty, uncle, grandma and grandpa who walked in the park, every stray dog that strolled through and every sanitation worker who swept the never-ending piles of leaves away. From the broken tiles in the flooring to the creaky gates at the entrances I knew each of these “imperfections” by heart. And thus, this park had a special place in my heart. The whole neighborhood seemed to grow around it. Even tiny annoyances like a passing pigeon shitting on me, which happened numerous times, were a conversation starter! An elder walking by would immediately say, “Luck is by your side because of this.” I have connected with so many people thanks to birds doing their business over my head.

[Read Related: Reminiscing on a Childhood Classic: An ode to Shanti]

But this park is changing in the name of progress. It’s being turned into a concrete jungle, going from green lushness to grey blankness. This change started slowly, and everyone believed that it would be for the better. New gates were added, the sidewalks were repainted and the broken tiles were replaced. But day by day, the park became less and less recognizable as more and more development set in. Initially, it was just a few branches cut down to make the park look neater but in the recent past, whole trees have been felled. The replacement of a few broken tiles became the removal of all of them and concrete was poured in instead. The beloved banyan tree hasn’t been spared either. “Bothersome” roots were cut and it won’t be long before the tree collapses. In the name of modernization, memories are left to fade away.

Progress is fantastic on paper, but we don’t realize what we’re losing out on in its name. I belong to Gen Z, a generation that has had and lost much in the first decade of our lives. We miss connecting with our neighbors through gully cricket or other street games, morning walks and terrace talks. Parents and elders always assume that we are couch potatoes who don’t go outside to play but don’t they realize that we prefer staying inside the house, away from the smog obstructing our view, away from the narrow streets filled with parked cars, away from the polluted garbage corners and even away from our childhood parks? Just like I was too young to be able to bring any change, elders were too late to notice the park change.

They say we mustn’t let our roots get cut from our childhood memories but we are helpless. We must come together to conserve our future, or we’ll no longer feel connected. The destruction of our childhood isn’t in our hands, so isn’t it normal to feel hopeless in this situation? Our generation doesn’t display empathy because we lost our environment before we were even old enough to do something about it. My neighbourhood park is fading from my memory and along with it, my will to change the world.

Mihika is an 11th grader studying in Bangalore, India who wants to pursue biomedical sciences. She is fond of nature and believes every small step towards change counts to make a big impact.