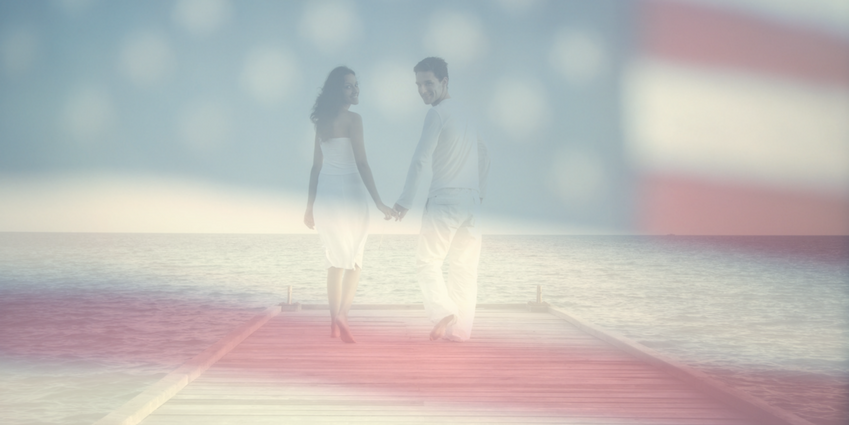 Since last Tuesday night/early Wednesday morning, I have been in a daze, like much of the nation, as my ideas about democracy, inclusiveness and the overall integrity of this country came crashing down. The past several days have been so fraught with highly charged emotions and tension on both sides. I have gone through continuous cycles of despondency, anger and extremely profound sadness. Yet, somehow through the white noise and rollercoaster of emotions, I was able to formulate one coherent thought.

Everyone who knows me also knows that I’m dating a white man: it’s one of the best worst kept secrets of my existence. I’m ashamed to admit that one of my first thoughts after the election results became official was that I, a brown-skinned Muslim woman, could no longer justify my relationship with him.

I have written before about how difficult it has been for me to come to terms with our relationship. I have faced comments and speculation over whether or not my relationship was steeped in internalized racism or did I really just not give a crap about my identity and background? Despite all else, we have always endured. Whether it was culture, religion, politics or distance–we have always proven ourselves to be stronger than the factors working to pull us apart.

But then Donald Trump became the President-Elect and everything changed for an emotionally charged quarter of a second.

No matter which way you look at this election, it was a win for white supremacy. The ramifications of a Donald Trump’s presidency are numerous, notably with the rise of discriminatory and chauvinistic behavior that spiked in the days following the election.

As the statistics with voter demographic breakdowns came rolling in the next day, we learned there was such a huge pro-Trump turnout among white people–men, women and young people alike. Naturally, I found myself on Facebook, going through my friends and wondering if they actually cared about minorities and their plight—or if they actually just wanted to maintain the status quo of systemic racism that this country has had since literally day one of its founding.

My boyfriend is vehemently against Donald Trump and all that he stands for, so it was unfair for me to immediately question my relationship with him. I did to him exactly the thing that white people do to me: generalize. I hate that stereotyping and mistrust on both sides is what this election has brought to the surface.

But for that quarter of a second, as the official results of Trump’s win began sinking in, I held him in contempt. I did not trust in him because we live in a New America. In this America, the first black president is ceding his position as arguably the most powerful man in the world to a one who is gleefully endorsed by the Ku Klux Klan.

I am a first generation Muslim-American. This country is my home and it’s crap that I no longer feel safe within the confines of our own borders. It’s crap that I worry about the safety of my immigrant parents. So what else can I do but question how white America feels about me behind closed doors?

To everyone who voted for Donald Trump: whatever your reason is for casting that ballot with his name bubbled in, you are complicit in electing a man who is symbolic to hundreds of thousands that believe in white supremacy. Perhaps you weren’t thinking about the minority community when you voted; perhaps you don’t care to. But your vote was enabling to all the bigoted rhetoric that your candidate spewed for the entirety of his campaign. You said that you are okay with the marginalization of people who look the way I do. That you will look the other way when swastikas are drawn on walls or when black dolls are lynched in elevators. When headscarves are ripped off or when a woman is groped inappropriately because that is the example your President set.

You guaranteed that hatred won, and your current callousness about the protests do not help the situation. You can mock those of us who are grieving right now and tell us to stop whining but you are proving nothing; rather, you are reinforcing the idea that we do not matter as humans because our feelings are invalid to you.

As a community–as women, PoC, LGBTQ+, etc.–we are traumatized and we are petrified.

For this entire election cycle, I’d had the faith that we were a progressive nation. That in 2016, we couldn’t possibly elect someone like Donald Trump. We were wrong. Let us grieve. Let us come to terms with a Trump presidency. Let us strategize and figure out how we are to not only move forward but also survive.

To my boyfriend: I’m sorry. I’m sorry that my knee-jerk reaction to an already terrible situation was to put you into the same category as those who would gleefully kick me and mine out of the country.

Thank you for your constant steadfastness, perseverance and patience with me. Thank you for reminding me that there are still people who have love in their hearts. This world is so daunting and much of us feel too despondent to feel like any sort of difference can be made. Thank you for your constant solidarity and support – especially now, when the future for so many of us looks so grim and bleak. And finally, thank you for reminding me to empower those around me at every given opportunity. Holding on to the good relationships, fostering new connections, finding common ground and constantly standing up for what is right is how we get through the next four years. 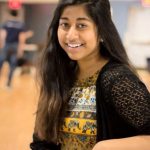 Tazrin Hossain is a recent graduate with a liberal arts degree that most desi uncles and aunties think is useless. She disagrees and is currently furthering her education with another liberal arts degree in Boston. She’s a self-proclaimed chai connoisseur and often frequents local (read: hipster) coffee shops to judge the quality of their chai lattes – and every pales in comparison to the cup of chai her mom makes.