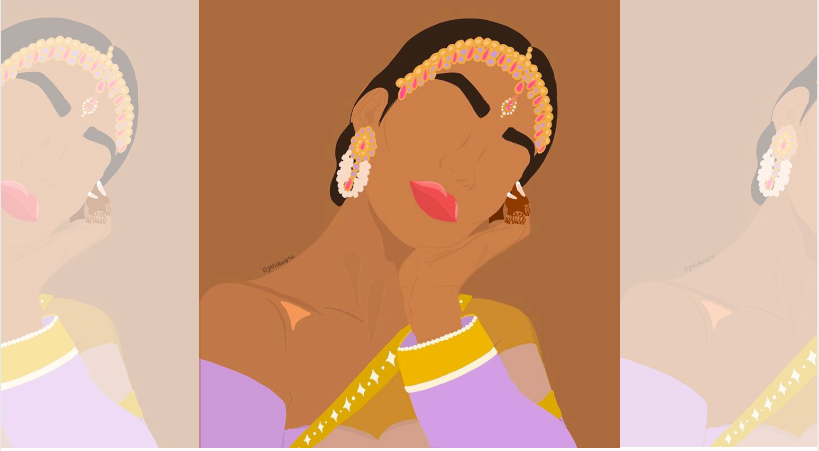 As 20 and 30-something year-old desi women, one experience we’ve likely shared at some point is our parents pestering us about allowing them to set us up with an eligible suitor. Six-figure salary, family-oriented, respects his elders, preferably god-fearing; the whole nine. They’ve even arranged dates by setting up a shaadi.com profile for us, and have probably even gone to the lengths of trying to establish a few leads for us to get to know.

But how many of us go on a date with one of these suitors? I did once. And boy, it was a date I’ll never forget. One of these suitors that my mom found on shaadi.com was an IT Lead from Andhra Pradesh named Santosh (name changed). He had apparently moved here from India about two years ago and was now working in the same company as my mom.

My mom vetted him first, and after determining he was a well-mannered, smart boy, decided he would be a perfect match for me. “Chai, please give him a chance, ma,” she pleaded to me with folded hands. “Santosh loves music and traveling, just like you.” I rolled my eyes, gave her an exasperated sigh, and agreed. “Okay Amma. I’ll try it out once.” After all, Santosh was an IT Lead working at a Fortune 500 company, and seemed like an interesting guy with an active social life. He also looked like he worked out a lot based on his profile pics. How bad could it be?

I sat outside of BJ’s Restaurant & Brewhouse as I waited for Santosh to arrive. It was a warm, sunny evening in late May with a pleasant breeze, so I didn’t really mind waiting outside. About 15 minutes later, I saw a silver Toyota Corolla pull up right across from the bench where I was sitting. A very nervous looking Indian guy got out of the car and started walking towards me. He fidgeted with his phone, abruptly turned to the side and stood there, facing the opposite direction. I was confused and wondered why he was just standing there when I heard my phone buzz. I looked down to see that Santosh had texted me, “Are you sitting on the bench?”

I shook my head, laughing uncomfortably. That was probably the most awkward pre-introduction I’d ever experienced. I replied, “Yea, I am.” Just then, he turned back towards me, walked to the bench, and introduced himself. “Hi, I’m Santosh. You are Chaitanya?” He looked a bit like a villain out of a Telugu or Tamil TV series. He had a thick beard, stood just a few inches taller than me, spoke with a heavy accent, and strongly smelled of Axe, asafetida, and garam masala. I shook his hand and replied with a “yes.” After a few awkward moments of just standing there, we agreed to go inside to grab a table.

The awkward silence continued for 10 minutes. Santosh was looking down towards his lap the entire time. This was definitely unlike any other date I’d ever been on. Usually, the conversation would be in full swing before we even got to our table. Finally, I decided to attempt to break the ice.

“So, Santosh, my mom tells me you like to go hiking. Where have you enjoyed hiking the most?” I asked.

“Yea, yea. I like everywhere. Mountains, all different places,” he acknowledged gawkily with an Indian head nod. He still wasn’t making eye contact and continued looking down at his lap. I was starting to realize that social skills probably weren’t his forte. About an hour of struggled conversation and a few drinks later, we decided to go to another bar.

At this other bar, Santosh started to open up a little more. While I couldn’t say I was even remotely interested in him by this point, I was at least pleased to see that he was feeling more comfortable. Now, I wouldn’t have to be carrying the weight of the entire conversation on my shoulders. It was all good – until he really opened up.

Putting his hand on my shoulder, he made direct eye contact with me. “You have very good heart,” he said to me. “Even though you had other boyfriends, it’s okay with me. I’m very open-minded. And you are beautiful on the inside.”

I raised my eyebrows, and just stared at Santosh in disbelief, not knowing if I should act flattered, or give him a piece of my mind. Apparently, Santosh had never dated anyone before in his life, so the fact that I’d dated other men in the past was something that could’ve been warranted as distasteful behavior. But because he was so “open-minded,” he was willing to overlook it. And somehow, I was supposed to be flattered by it.

But I decided to not mull over this or address it with him. He probably wouldn’t acknowledge the misogynistic undertones in what he had just said. After all, as far as he was concerned, he was giving me a compliment by overlooking my less-than-modest behavior.

“How do you know I have a good heart, Santosh?” I asked skeptically. “We’ve only spoken for a couple hours. You barely know me.”

“I just know. I have a feeling inside,” he said. I raised my eyebrows at him, once again, questioning whether this guy was just terrible at flirting or was desperate to find someone to marry him. Just then, another unpleasant surprise.

“Chooo cute!” he exclaimed to me as he pinched my cheek and then kissed his fingers. You know, the way your paati (grandma) probably does when she sees you in the motherland after five long years.

At this point, I had just about had enough and was about ready to call it a night. I told him I was tired and had to get to work early the next day. I called myself an Uber and headed home.

The next morning, my mom called me four times. When I finally picked up the phone, she was anxiously waiting on the other line. “So?! Did you like him?” she asked. “He was such a sweet boy, wasn’t he?” I knew I’d have to sit my mom down and have a long talk with her about picking out guys for me from now on. A very long talk.

To date, this has probably been the most bizarre date I’ve ever been on. Has it completely turned me off of going on dates my parents arranged for me? Yep, it has. And has it made me seriously question my mom’s taste in men for me? Oh, absolutely.

But hey, at least I gave the shaadi.com/arranged marriage dating route a shot, and can now say with great certainty that it’s just not for me.

Supporting the Mental Health of South Asian Aunties and Uncles