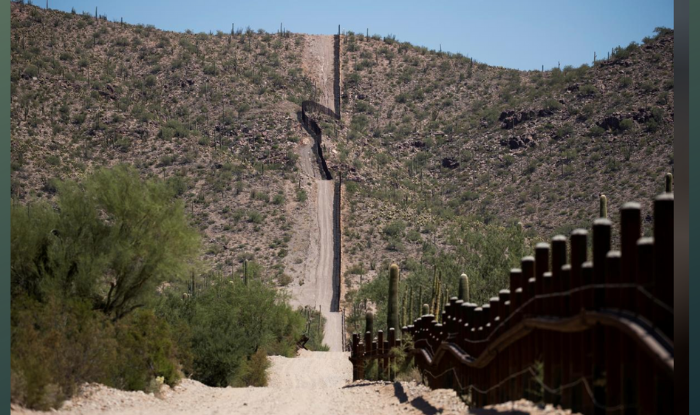 A six-year-old Indian migrant, Gurupreet Kaur, died in Arizona while attempting to cross the U.S.-Mexican border with her mother and three other Indian nationals last month. The young girl and her mother along with two other adult women and an 8-year-old girl were dropped off in a remote border area by human smugglers.

The group was separated when two of the women, including Gurupreet’s mother, went to search for water. Tucson Sector Border Patrol agents apprehended the two adult women during their search and subsequently learned of the three individuals missing from their group.

Hours later, Gurupreet’s body was discovered, in a remote part of the desert, 17 miles west of Lukesville, Arizona on Tuesday, June 12.

Pima County Chief Medical Examiner ruled her death as an accident caused by hyperthermia. Temperatures in the area reached as high as 108 degrees, according to the National Weather Service.

Gurupreet was only one month away from her seventh birthday.

Our sympathies are with this little girl and her family,” Tucson Chief Patrol Agent Roy Villareal said. “This is a senseless death driven by cartels who are profiting from putting lives at risk.

U.S. Customs and Border Protection agents used helicopters to search for the remaining woman and child who were part of the group and found footprints indicating they fled back across the border to Mexico. However, agents soon discovered the duo after they crossed the border into the U.S. again on Friday, June 14.

The mother and her 8-year-old daughter were transported to a local hospital for treatment for dehydration, CBP said.

We wanted a safer and better life for our daughter and we made the extremely difficult decision to seek asylum here in the United States,” Gurupreet’s parents said in a statement released by the nonprofit Sikh Coalition.

“We trust that every parent, regardless of origin, color or creed, will understand that no mother or father ever puts their child in harm’s way unless they are desperate.

Gurupreet’s death highlights a growing trend of Indian nationals attempting to cross the U.S.-Mexican border. According to Border Patrol statistics, there has been a sharp increase since 2008 when a mere 77 Indian nationals were apprehended at the Southwest border.

In 2017, that number rose to 2,943 and in 2018, it more than tripled to 8,997. Even with these drastic increases, Indian nationals only accounted for about two percent of migrants apprehended at the Southwest border in 2018, CNN reported. However, some believe these growing numbers are indicative of a larger trend.

Jessica Bolter, a research assistant at the Migration Policy Institute tracks migration patterns at the border and stated, “There has been a pretty significant increase in general in migrants coming from other continents. It’s not just Indians.”

U.S. Customs and Border Protection officials have noted many groups apprehended were made up of families.

This trend of increased family migration is echoing not just throughout Central America, but also beyond even the Americas. It indicates the message that families can enter the US easily is spreading” Bolter said.

She continued stating, “The number of migrants being apprehended at the border from other continents has already doubled compared to last year.

The Department of Homeland Security has deemed the situation at the border a humanitarian crisis. In May alone, over 11,000 unaccompanied children and 84,000 family members were apprehended, CBP said in an online statement.

The Trump administration claims loopholes in the immigration system are encouraging this growing number of migrants entering the U.S., while Democrats argue that policies stemming from this administration are to blame for the growing crisis.

President Trump has pledged to begin deporting millions of undocumented immigrants who have entered the U.S. illegally and has praised Mexico’s efforts to stem the tide of Central American migrants surging across the southern border.

Next week ICE will begin the process of removing the millions of illegal aliens who have illicitly found their way into the United States. They will be removed as fast as they come in,” Trump wrote on Twitter.