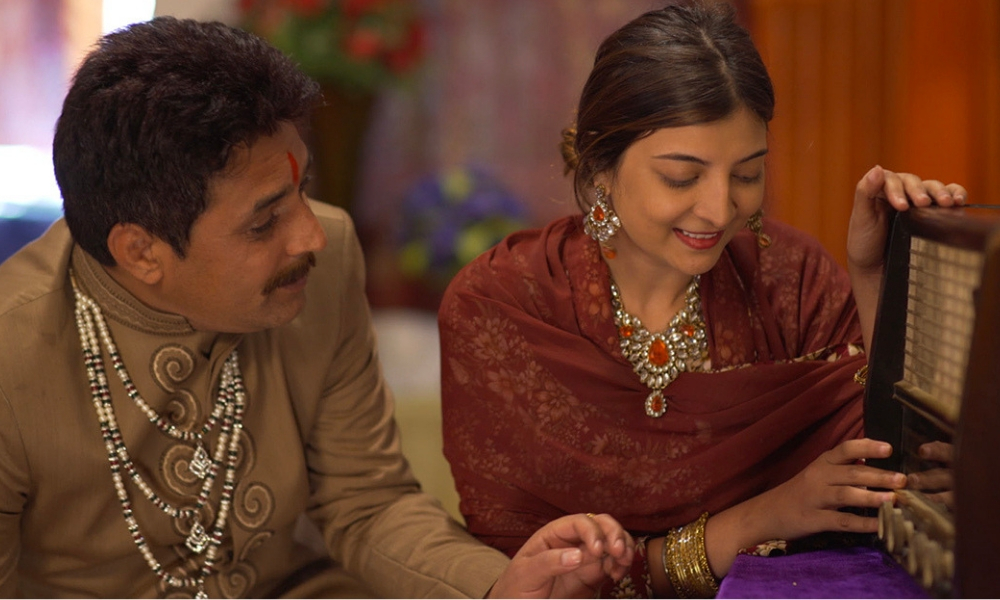 As part of the annual U.K. Asian Film Festival — a nonprofit organisation providing a platform for independent South Asian films — Brown Girl Magazine attended the world premiere of “2 Band Radio,” an indie satirical comedy, at the Waterman Arts Centre in London, along with a chance to meet some of the cast.

The film is set in the 1970s in a remote Himalayan village in Kashmir, amongst people who have little Western influence in their lives. The film has a fantastic cast, written and produced by renowned Rahat Kazmi and directed by Saki Shah. It pits two villagers, Roop Chand (Jitendra Rai) and Waseem (Pradhuman Singh) against one another in an escalating conflict over obtaining radio licenses — a difficult feat during that time. Roop Chand manages to obtain a radio which is purchased by the village head, Kunwar Uday Singh (Rahat Kazmi) giving him patronage and status. The people are transfixed by the radio and instead of gathering to hear live singers and dancers, the radio now stands in and new forms of entertainment infiltrate the village. Waseem, who has had a long-standing rivalry with Roop Chand, feels slighted by his new status and vows to restore his honour by obtaining a radio by whatever means possible and his hilarious journey to accrue a radio is fraught with disappointment and humiliation.

The premise of the film seems a little niche, but in my conversation with actor Rai before the start of the film, he explained how director Shah based the idea of the film on real-life experience. His own father in the 1970s struggled to get a radio license and the film was built up from the stories he heard.

It was a funny, predictable film ruled by tragic inevitability but the comedy felt a little underdone. In making a farce of the village hierarchies and Waseem’s unstable disposition, this film makes important points about the futility of the notion of honour in South Asian communities. Both protagonists felt slighted by one another, constantly trying to gain the upper hand.

In fitting with the festival’s theme of revolution, actors Rai, Singh and Kazmi all spoke of how this film explores a different kind of revolution — the technological change and the way it has transformed our world. Rai said,

I think this is another kind of revolution, isn’t it? Because radios used to be, in the 1970s, so difficult to get a license for. It’s a different kind of idea and it passes some message to the modern world that I think whatever happened, just be happy and content with what you have.

The film showed how the simple introduction of one piece of technology brought the outside world in. With it came chaos and conflict into the lives of all. Kazmi, who referred to his character as a deluded, obnoxious troublemaker, explains how:

When a radio replaced the real singers in the village, it was a new revelation where people had many options. They can just change the button and they can hear a new station where they can listen to the news and songs. When they didn’t have radios, people did not have much access to entertainment. At the same time, this film comes from the idea from Leo Tolstoy’s very famous ‘A Spark Neglected Burns the House’ which talks about how one spark can burn the houses. So the greed which comes with the new technology can ruin the peace in our life.

Singh, who described the film as a lighthearted experiment, said that this story of greed provides us with something to think about,

It’s very heartwarming to find that people here in the U.K. want to showcase films and talent from Asian countries, specifically Pakistan, India, and Bangladesh. It’s a nice integration and people get to know stories from other parts of the country. We are grateful to the festival for showing the film to an audience who probably wouldn’t have seen it otherwise.

“2 Band Radio” is a wonderful and very different film. The acting isn’t perfect and the budget isn’t the highest but it highlights real truths. The only thing I do wish is that the women had been given more pivotal roles and were not simple background counterparts to their husbands’ rivalry.

Finally, in the words of actor Rai,

To the audience, I will say that this film is an amazing film. So do watch it, love it and enjoy it, and don’t run after the things which are not important in life!