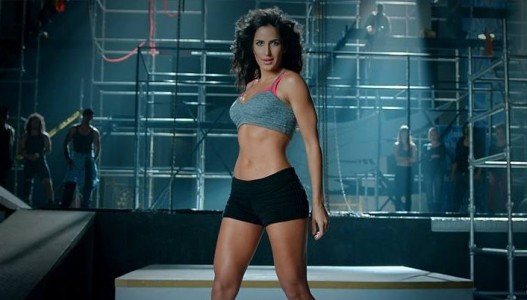 One hundred and twenty-four miles away from the Taj Mahal, a monument showcasing the ultimate display of deference towards a woman, is New Delhi, the colloquially-dubbed “rape capital of the world.”

It comes as no surprise then, that 97% of women surveyed feel uncomfortable in New Delhi, but as Indian news sources reveal, the severity of sexual crimes against women all over India is much worse than previously realized. In 2013 alone, the Indian National Crime Records Bureau cited that “a woman is raped every 20 minutes.” Frightening statistics!

There are various factors preventing women in India from feeling safe. These range from infrastructure issues, such as the lack of household toilets to police corruption. When women must go outside to urinate, they are in an especially vulnerable position, especially late at night. When police callously watch sexual assaults and accept bribes, women can have no expectations of any kind of protection.

Individual factors aside, one common theme unites all rape cases —objectification. The role of sexualized media content on society’s sensibilities cannot be ignored.

There is a fine line between reality and fantasy; it is easy to cross this line in the imagination. Gary R. Brooks, Ph.D. has cited several observable symptoms of the detrimental effect of watching pornography, including voyeurism, objectification and trophyism. Brooks further extrapolated that among children, watching pornography bolsters the idea that “superior sexual satisfaction is attainable without having affection for one’s partner, thereby reinforcing the commoditization of sex and the objectification of humans.”

Another study published in the 2009 edition of Child Abuse Review remarked that “perhaps the most troubling impact of pornography on children and young people is its influence on sexual violence.”

In the video, male interviewees defend their behavior by comparing the women’s outfits to Rakhi Sawant’s wardrobe, despite the fact that the women they encountered were dressed to the contrary.

What this reveals is the false sense of entitlement that the Bollywood industry has irresponsibly promoted. For one, the term, “item girl,” is sexist and degrading. A woman is a human being, not an “item” to be objectified. “Item songs” in Indian cinema cannot be viewed as empowering, any way you view them. Whether a woman wears a burqa or a bikini, she deserves the right to own her body and the right to free expression.

Lyrics in the hit “item songs” are usually lewd and demeaning. In “Fevicol Se,” the female actress, Kareena Kapoor is metaphorically likened to a piece of tandoori chicken to be washed down with alcohol. Women are literally reduced into thighs and breasts by the lyrics, with the use of the tandoori chicken metaphor. The segmentation of the female body is a finding that was corroborated in one study written by

In the first video, society is telling women to dress a certain way and to avoid nightlife; to avoid attracting unwanted attention, but is this the solution? Bollywood is only enabling victim-blaming. Women are visually dissected into individual body parts for the goal of satiating carnal pleasures. Akin to carnivorous animals hunting down prey, this is an insidious representation of both men and women.

In addition to the vulgar lyrics, item numbers feature sexually-charged visuals, involving extreme close-ups of various body parts, and dozens of drooling men sexually harassing the main female actress. With each film trying to out-do its competition, most feature “item songs” and these films are broadcasted on cable to be watched in family settings. Children and young adults watch these songs and films, causing desensitization to the misogynistic depiction of women. While it may be argued that objectification occurs in other entertainment-driven industries as well, access to adult content of this level is often much more restricted in other countries.

Bollywood cinema could benefit from portraying the realistic role of sex in modern-day Indian romances. Sex is a natural part of life, and healthy, wholesome interaction between men and women could put out a positive message to viewers. Instead, by continuing to show actresses enjoying the harassment, Bollywood is promoting a problematic message which is at the heart of real cases of sexual assault.

Until meaningful storylines are prioritized over box office numbers, future Indian generations will continue to receive the wrong message. Until women are portrayed as equal partners, instead of sexual objects, India will not be able to tackle the rape issue. After all, the strength in a country is measured in the treatment of its women…as mothers, daughters, sisters, workers and housewives.