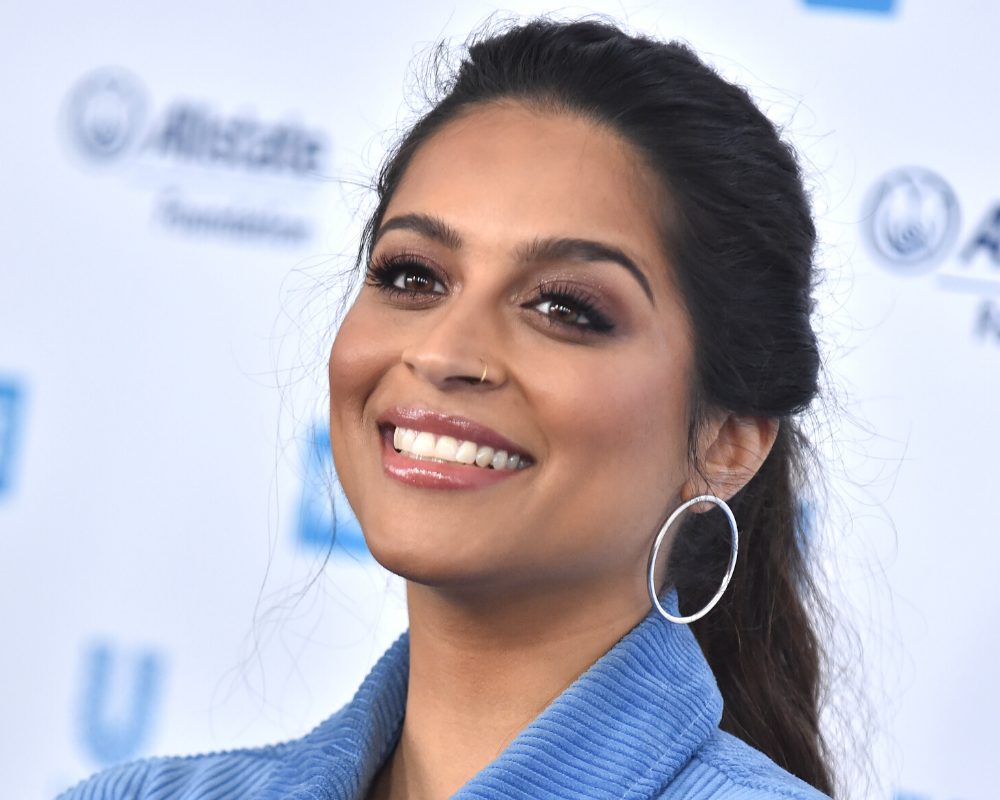 Brown Girl Magzine reached out to Lilly Singh and Ding Dong for a comment via email on the following story but did not hear back.

This article was co-written by Sharifa Khan and Vianne Singh.

In her most recent set of antics, as they can only be described, Lilly Singh posted a clip on Instagram that she dedicated to the “sisters around the world.” Singh said that she wrote the lyrics, accompanied to the beat of Ding Dong’s famously celebrated song “Bad Man Forward Bad Man Pull Up,“ because she didn’t feel his original version catered to women and wanted to “switch it up.”

Our issue here is not a remix of a well-known song, it is first her lack of acknowledgement that a female version made by Bambi already exists called “Bad Gal Pull Up.” Secondly, it is that in situations like this we, Indo Caribbeans, are forced into watching our culture be turned into a spectacle as an outsider artist makes yet another homage that does not derive from the society it belongs to.

Singh’s recent video that co-opted patois, dancehall, and soca-influenced rhythm, was accompanied by a call to action to identify “bad gyals” in her comment section, triggered a justified reaction from the Caribbean community. West Indian heritage is built by multiple racial and ethnic traditions, which include West Indians of African descent. Dancehall is cultivated by the Afro-Caribbean community and made popular in Jamaica.

While the Jamaican Afro-Caribbean community has undoubtedly cultivated what dancehall is today, the music has transcended race and is shared and celebrated by Indo and Afro-Caribbeans alike. As descendants of East Indian indentureship, Indo-Caribbean people are among the many ethnic groups that have developed West Indian culture into what it is today—a complex cultural anomaly, which is highly valued by its community and now coveted by trend-seeking influencers.

While many Indo Caribbeans were appalled, offended, and honestly exhausted, others within the community celebrated her video. Those who did not have concerns about Singh’s behavior arguably helped to enable sentiments of anti-blackness in their approval of her imitation of patois in the video, while also supporting the narrative that those from outside the Afro-Caribbean identity get to determine whether or not dancehall is empowering. Singh not only took it upon herself to determine what is empowering and what isn’t through a culture that does not belong to her, but she also neglected to empower actual Caribbean voices.

This tone-deaf behavior began most notably with the release of another video featuring Singh, where she shared what she believed to be Canadian or Toronto slang on Vanity Fair. Among her list were words and phrases like waste, yute, ting, ahlie, mandem, dun kno, sweetermans, and how you bare face suh? While she does credit Jamaican patois at some point, her remarks in the video depict slang terms that are uniquely used by the Caribbean population versus Toronto as a whole. To add insult to injury, she quoted Drake using these terms, a rapper who is known for wearing the Caribbean identity for relatability.

Her proximity to Indo-Caribbeanness, whether through the color of her skin or her upbringing in a saturated Caribbean area in Canada—which isn’t a valid reason either—was her convenient channel to accessing elements of black culture that coolie people share by being West Indian and that she does not share by being East Indian. This trend transcends beyond Singh’s platform.

So while Singh felt free to enjoy the music, culture, food, peoples, and dialect of West Indians, she failed to acknowledge that the Indo-Caribbean diaspora was never afforded the same. As carriers of intergenerational trauma, whose history is rife with division, we can no longer stand silent as we’re once again left out of our own narrative while another culture yet again profits off of what we’ve worked so hard as a people to build. And truthfully, when it comes to a 31-year-old woman who should know better by now: We cyah hav dat.

There is a belief that Singh appropriates Caribbean culture in the way she does because she has been invited into it, most famously, by Machel Montano. The soca legend and iconic Caribbean creative could have done this under the guise of “Soca to Di World,” but his doing so negates the fact that much of the Caribbean identity and belonging is still being cultivated, and that which has already been created has not yet been afforded the platforms it deserves to be correctly recognized. By not allowing ourselves to develop an understanding of who we are as people before inviting others in, leads to a breeding ground of ready-to-steal content like that displayed by Singh.

Singh has also been called out many times for her faux-inclusive behavior. The truth is that Singh feels empowered, not because she has done the work to recognize our complex community and culture, but because the similarities between West and East Indian cultures were strong enough to aid her desperate journey towards liberating herself from her own culture while being weak enough that she could conveniently dip into the West Indian world without backlash from the communities she was stealing from. We should be happy right? Wrong.

We should never get comfortable with the idea that South Asians can take from us what we have created with our bare hands. Our culture and history is just as much the oil in our waist, the echoes of a steelpan, the dialect of languages and people who shared a history of slavery as it is our traumatic history of servitude, our journey towards healing from colonialism, and our cultivation and creation of hybridity as a method of survival.

For Singh to feel entitled to rebrand our culture under the pretense of empowerment is laughable, and sickening. Singh is not West Indian, and no amount of performative and shallow activism will justify her behavior.

Appreciation is allyship, appropriation is entitlement. Singh has crossed the line one too many times for it to be the former.

The problematic nature of her video isn’t just in her gyrating hips or her animated facial expressions and hand movements. It isn’t just in the way she employs the accent or justifies it with the weak excuse of being TO born and raised, it’s in the lack of accountability she takes for her behavior and disregard of responsibility to the communities she steals from for content.

In the academic article, “The Politics of Brown Mutuality: Reflections on Lilly Singh, Cultural Appropriation and Queer Amnesia” written by Ryan Persadie, Darrell G Backsh, and Aruna Boodram, investigates how these lines between what is Indian and Indo-Caribbean are constantly blurred. When it comes to Singh they said that just because she was born and raised in the Greater Toronto area does not mean she is automatically granted permission to create content rooted in our identity. Furthermore, they bring up the elephant in the room when it comes to identity politics.

For Indo-Caribbean people, it is yet another reminder that we belong nowhere and nothing belongs to us. This is an innate feeling of trauma that is brought up every time we’re forced to fight against systematic issues in the corporate world, fight against family dynamics that are affected by this reality, and are now uprooted when once again we see South Asians being given a pass to celebrate the parts of our identity that make us unique in the diaspora, and parts we even have a hard time feeling welcome to own in our shared culture.

This battle is an exhausting one especially when people like Singh have the capacity to use her platform to elevate people that are doing valuable work for the Caribbean community or even Caribbean vocal artists versus believing that this is a space she can walk into and claim. The cycle of being on the outskirts of identity is continuously perpetrated and pushed in our faces. Rinse, lather, repeat.

We have to spend so much time investigating our history and archiving important facts before they are lost, in modern times. While we also work toward healing the innate trauma that comes from our Afro-Caribbean family enduring slavery or our Indo-Caribbean family enduring indentured servitude or our native family losing their land to the colonizer and ultimately us taking over a place that belonged to them—and in that same breath we are asked to combat the trauma of having basic enjoyment in our culture taken from us and exploited for engagement.

True allyship and appreciation would require Singh to use her platform to uplift and mobilize the incredible voices the Caribbean already has. On the ground dancehall artists like @officaldydy, @preethevibes, @alicaharley, and @iamchrismartin are just a few artists she could have tapped to create a better-informed piece of content that celebrates the voices of our community.

We know what it is like to be stolen from, that generational trauma courses through our veins. We won’t apologize for being protective of what deserves to be acknowledged and celebrated—by us, on our terms, with our people and faces at the forefront.