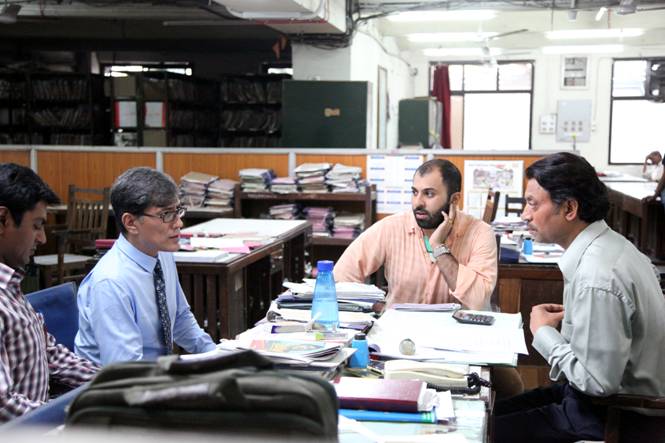 Along with the review of “The Lunchbox,” by BG Keertana, we bring you a special interview with Best Debut Director at the 2014 FilmFare Awards, Ritesh Batra. After a stellar run at the world’s top film festivals including Cannes, Toronto, and Sundance where it met with rave reviews, Batra brings his acclaimed and award-winning motion picture “The Lunchbox” to North American audiences with its release in New York and Los Angeles on Feb. 28.

Can you explain the system of dabbawallahs that exists today in Mumbai?

Mumbai‘s dabbawallahs are a community of 5,000 dabba (lunchbox) deliverymen. It is a hereditary profession. Every morning the dabbawallahs deliver hot meals from the kitchens of housewives to the offices of their husbands, and then return the empty lunchboxes back in the afternoon. For 120 years they have provided the people of Mumbai with a taste of home in the office. They navigate through the overcrowded local trains, and chaotic streets. The dabbawallahs are illiterate; they use a complex coding system of colors and symbols to deliver lunchboxes in the labyrinth that is Mumbai. Harvard University analyzed their delivery system, and concluded that just one in a million lunchboxes is ever delivered to the wrong address. THE LUNCHBOX is the story of that one lunchbox.

What drew you to writing this story of this film?

I find myself drawn to stories that have a sense of how ridiculous life can be at times, and in finding something interesting in the mundane. There is a strong resonance of this in THE LUNCHBOX where the characters find out that they have forgotten many of the things that have happened to them because they didn‘t have anyone to tell them to until now. The subtle magical realist elements in the story question the audience about their own faith in all that is fantastical.

You’ve described the characters of the film as living in prisons. Can you explain?

Both of the main characters in THE LUNCHBOX live in a type of prison. Ila, in the prison of her marriage, and Saajan in the prison of his past. The story is as much about the hand of fate that guides our life as it is about the choices we have to transform our lives when we so wish. A pivotal character in the story is Shaikh, Saajan’s new office colleague and someone who he has to train to be his replacement. Shaikh is a survivor, he is an orphan who has kept his own name and made his way through life in a tough city. Shaikh seems naïve but he is not a victim of his circumstances. Over time, a father-son relationship develops between the older Saajan and the young Shaikh as Saajan emerges from his prison. 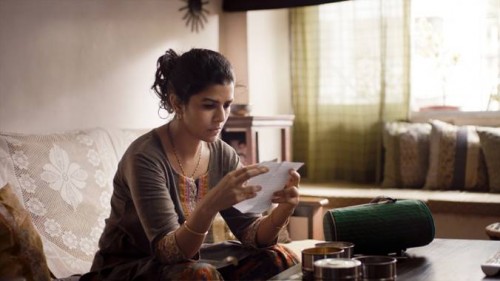 Tell us about working with your talented cast.

The process of working with Irrfan was very organic, he was there to discover the deeper meaning of the script and read between the lines, as I was. He was very invested in the script from our early discussions and we had several meetings before the shoot, then I’d go home and rewrite after each discussion. He made this character his own in wonderful and unexpected ways. For the characters of Saajan and Shaikh, I always had Irrfan and Nawazuddin Siddiqui in mind and I was thrilled when they came on board. For the character of Ila, we had 4 months of auditions and meetings in Mumbai, and met a wonderful actress from the theater called Nimrat Kaur. 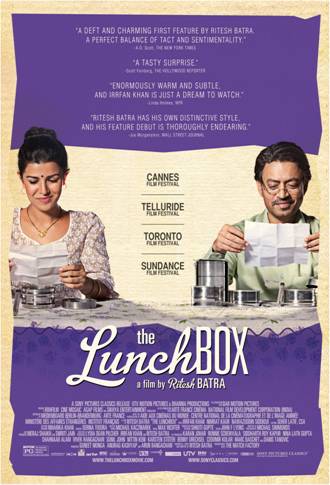 Each actor had their own method of approaching the script. I often felt like three different directors in the body of one while directing this movie. Nawaz wanted to improvise to be in the moment because the character of Shaikh says unexpected things and is full of surprises, and so we improvised with great results. Nimrat lived the part of Ila for three months before the shoot. Her story is entirely set in a tiny Mumbai apartment, and we dressed up and rehearsed on location for three months with her and the little girl who plays her daughter.

Can you describe your experiences over the past year in taking this film from Cannes to Toronto to recently Sundance, and how the reactions were?

It’s hard to imagine the response to a film beforehand since the film really belongs to an audience after it’s screened. If they like it, they bring themselves to it and connect to it in a visceral way that the filmmaker cannot imagine. Fortunately the reactions to the film both at festivals and post India release in various countries have been very overwhelming. To see people being touched by your film and seeing something of themselves in everything of you that you have put into a story, it’s a real gift.

Disclaimer: This interview was provided by our friends at the Box Office Guru.