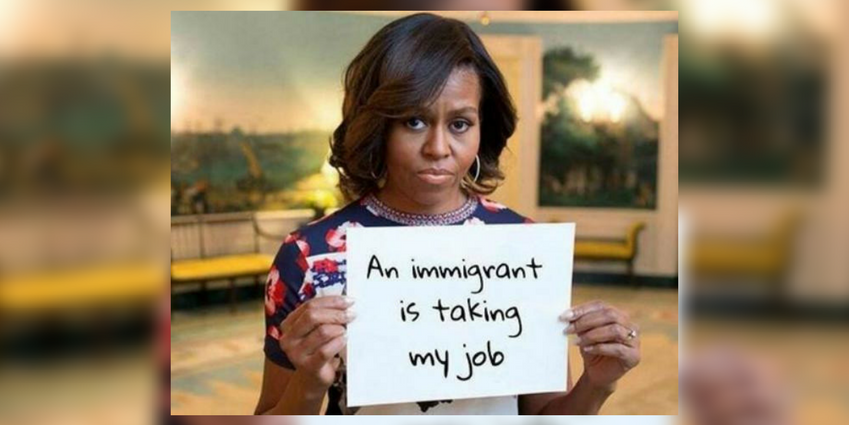 By now, everyone should have seen the meme featured above. Originally, this picture of First Lady Michelle Obama was a social media message shared during May 2014, supporting the global campaign to bring back Nigerian girls kidnapped by Boko Haram. Post-election, the image has been altered to display a humorous message about the new First Lady, Melania Trump, wife of President-elect Donald Trump.

It is easy to understand why it is funny. The meme points out the hypocrisy of Donald’s anti-immigration stance, where he spouts racist rhetoric about immigrants, all the while being married to one. In fact, it’s not just Melania—another one of his wives was an immigrant. These are women he would not have been able to marry had the draconian anti-immigration laws he plans to put in place existed earlier. This is an irony not lost on many. Also, the meme inevitably calls for a comparison between Michelle, who is beloved everywhere, and Melania, who is probably most well-known for wanting to be Michelle.

Thus, the meme would definitely be hilarious, if not for the fact that the meme itself is fundamentally anti-immigrant.

The phrase “immigrants take your jobs” has historically contributed to the isolationist policies of many countries. It has prompted anti-immigrant doctrines on the basis that people born in a country have more right to employment than those who have come from elsewhere. The phrase is also used as a justification of violence against immigrants, who are seen as a faceless horde, there to ruin the lives of people who supposedly have a better claim to land and jobs.

Dislike of the Trumps is at an all-time high, and it is to be expected that jokes poking fun of them will abound. However, while there are many things Melania should be criticized for, being an immigrant should not be one of them.

[Read Related: How the Digital Space is Redefining Popular Discourse for Minorities]

It reinforces the idea that those to blame for working class folks losing their jobs are poor immigrants, rather than the rich capitalists who are using them. It punches down, making people not only more vulnerable, but also the butt of the joke—and that is unacceptable at a time when these people are facing mass deportation.

The truth is that rather than taking jobs, research has shown time and again that immigrants create jobs and contribute to the economy. Putting aside the white-collar expatriates, most immigrants perform lower paying jobs compared to workers born in the U.S. In fact, undocumented migrants even pay taxes.

They often do jobs no one else wants to do, precisely because of the exploitative nature of these jobs. These people face a choice between staying in the country in abject poverty or being deported back home for even lesser conditions. Naturally, they will accept jobs that pay under minimum wage or are detrimental to their health, all in hopes of staying in the country.

This meme blames low wages and unemployment on people willing to work for even lower wages, not the people who are paying these wages. These are the people the spotlight should be on because an immigrant does NOT take anyone’s job.

Instead, it is given to them by an exploitative boss unwilling to pay well for the labor provided. These jobs are reluctantly accepted by people who have no other choice because it is a matter of survival for them. We need to be concentrating on capitalist bosses who line their own pockets by refusing to pay a fair wage.

[Read Related: How the “Model Minority Myth” Hurts Us All: A Brown Girl’s Perspective]

At any point in time, this meme would be distasteful. However, at a time when Trump and his advisors are openly making plans to send them home, the meme furthers the public perception of immigrants as being a drain on American resources and actively contributes to the immense discrimination they already undergo.

Three million immigrants might be sent back to their home countries in Trump’s America, and you think now is the time to be making jokes about immigrants taking jobs?

Everyone who sees this meme should call it out for what it is: an anti-immigrant message peddling on worn-out humor that achieves nothing except hurting some of the most vulnerable in our society and participates in their further marginalization. The racism and Islamaphobia of Trump’s administration cause more damage to those who do not even have the benefits of citizenship to fall back on, which means we need to step up and refuse to be silent when we see “jokes” like these.

After all, it’s what the classy lady in the picture would have done. 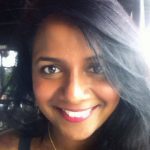