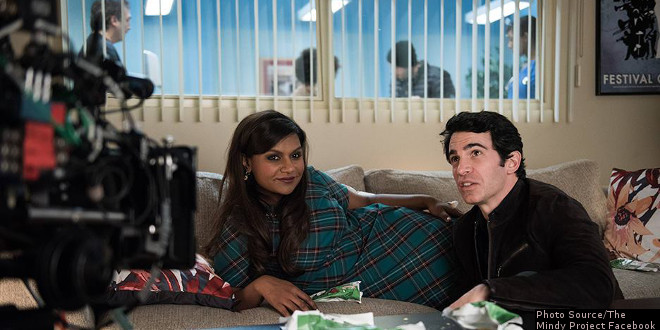 Everyone loves Dr. Mindy Lahiri a.k.a. the talented Mindy Kaling. Maybe, it is because of her undeniable honesty, her hilarious quirks, and her irresistible charm. I vote for all of the above.

After waiting with bated breath for Dr. Daniel “Danny” Castellano, played by Chris Messina, and Mindy to start dating, it is finally safe to say that almost everyone was jumping for joy when the two finally made their relationship official.

Ever since then, one of the questions looming over the heads of most of the viewers of “The Mindy Project” seems to be, “should Danny and Mindy get married?”

There is no doubt there is unexpected but ever so sweet chemistry between the two doctors, yet we cannot help but wonder if marriage is a good idea for the pair. Their relationship started with the laughable sweetness we have grown accustomed to from Kaling’s writing, and despite the two main characters various comical disagreements and problems, such as Lahiri getting along with Castellano’s mother and Mindy moving in with Danny, they seemed to sort out their issues, at least temporarily, in each episode.

Recent episodes have given viewers the idea that Castellano is not ready for marriage. This was more apparent when he was about to propose to Mindy because he felt bad and guilty for messing up Mindy’s internship application during the “Christmas” episode.

Here is a quick recap of the main events from Episode 14, which starts with Mindy talking about how happy she is in San Francisco since her move from New York. To Mindy’s pleasant surprise, her friend from San Fran offers her an opportunity to open her own fertility clinic, and she is eager to accept it at first, but then hesitates because of the impact it would have on her relationship with Danny.

Mindy later goes back to New York to see if Danny is willing to move to California with her. Before she can say anything, Danny shocks her by showing her a new place that he bought for the two of them to live in. Mindy is left conflicted and even mentions feeling guilty for wanting to move to San Francisco in the first place. This conflict is particularly interesting because it seems as though many women face similar issues in the world when forced to think about how to balance between family and work. This moment also highlights how women sometimes feel guilty for pursuing their dreams and desires, a problem in today’s society that still needs to be thoroughly addressed and fixed.

At the end of the episode, the biggest shock of all is delivered. Mindy heads back to San Francisco and Peter, her close friend and colleague, calls Mindy to tell her she’s pregnant, leaving the viewers with nothing left to say except for, “Exsqueeze me?”

Episode 15, “Dinner at the Castellanos,” in comparison to the previous episode, was not as eventful. Mindy struggles to tell Danny about her pregnancy and ends up at an awkward family dinner with Danny’s parents and others. Ultimately though, Danny finds out that Mindy’s pregnant through his hilariously crazy mother, played by Rhea Perlman. The perfect Beyoncé song plays in the background while Danny rushes to find Mindy to tell her, “We’re a family.”

Where is this family going to live?! Find out tonight at 9:30- who’s tweeting w/ us? #themindyproject #renewmindy pic.twitter.com/QJh4dfpQxh

Now we are left to speculate what will happen between the two lovebirds. Will Danny finally propose to Mindy now that she’s carrying his child? Or, will the couple face more drama before they finally figure things out? My bet’s on the latter, but hey, what’s a relationship without a few ups and down? And in this case, I mean, it’s only a baby, right? Comment below and tell us what you think,

“You’re allowed to change what you want in life. People do it all the time.”

“Home is where the person you love is.”

“I’ve never been happier! In fact, my cheeks hurt from smiling so much! Ow!”

“She hit me with an encyclopedia and now I’m perfect!” “You do not slap aslapper!”